That’s not what I ordered! Hilarious snaps show cakes that look nothing like they’re supposed to – from an enormous baked baby to a VERY questionable black butterfly

Many of us know the difficulty of trying to follow a recipe – but these images prove just how badly baking can go.

And now people from around the world have been sharing their biggest cake fails, from a rather explicit butterfly to an enormous baked sculpture in the shape of a baby.

Entertainment website Cake Wrecks has rounded up a trifle of the most disastrous cakes, with one picture from the US depicting a bizarre dessert in the shape of a baby.

Meanwhile another person shared a cake which featured Dora The Explorer’s face stuck on the skirt of a fairy princess.

People from around the world have been sharing their biggest cake fails, with entertainment website Cake Wrecks rounding up the most bizarre (pictured: an unusual baby cake) 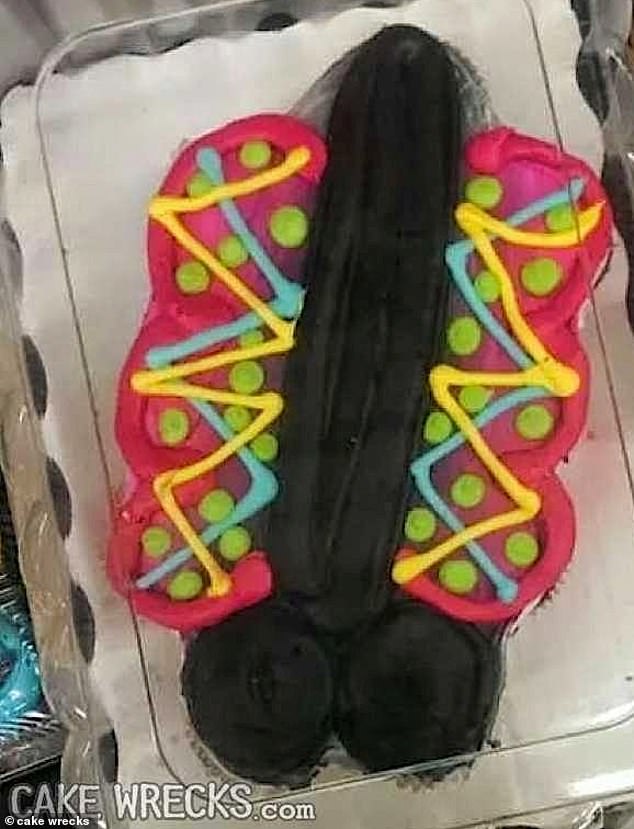 That’s rather inappropriate! One person, in the US, shared a rather unusual butterfly bake which could easily be mistaken for something more explicit 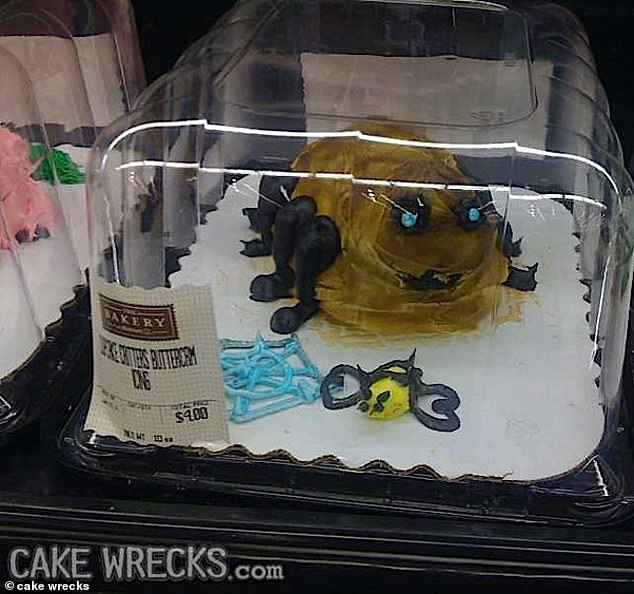 Another person, from the US, was surprised to spot an aggressive looking cake in the shape of a bee in one bakery 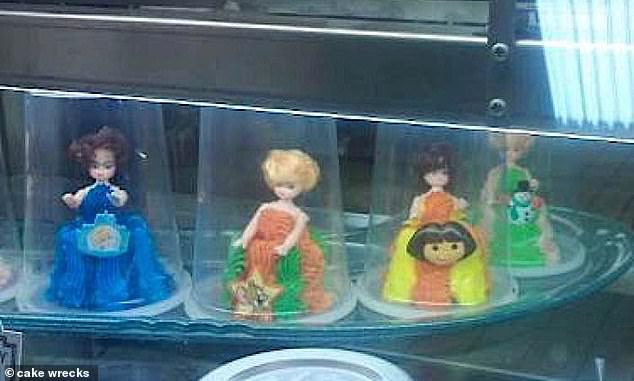 All dolled up! These bizarre bakes, which were spotted by a customer in an unknown location, appeared to feature a cartoon character stuck into the cake 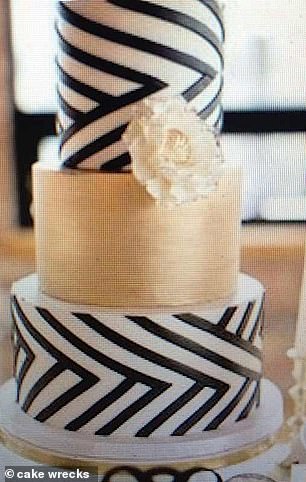 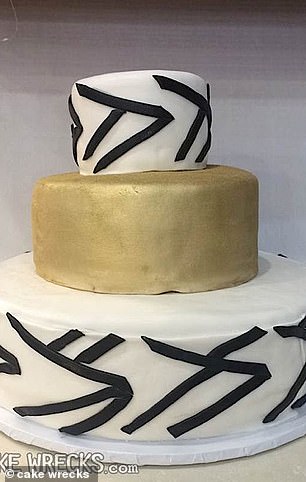 Meanwhile another social media user, Kelly, from the UK ordered a cake online, hoping for a sleek stylish wedding centrepiece for her special day (left) but was stunned when a wonky version arrived at her home (right) 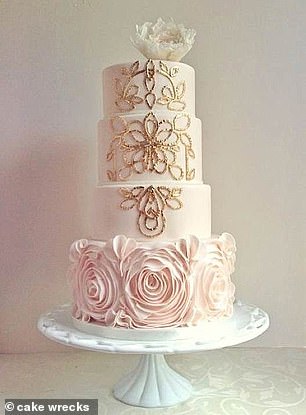 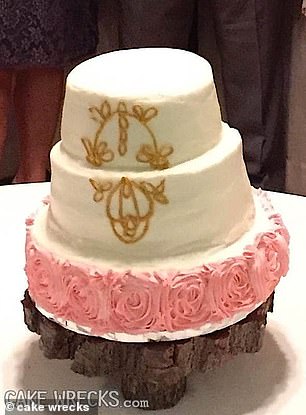 That’s not what I ordered! In Glasgow, Kassandra thought  she was getting a Cloud Nine Rosette ruffles with gold detail work inspired by Moroccan lanterns for her wedding (left) but she was horrified when this three tier cake was delivered (right) 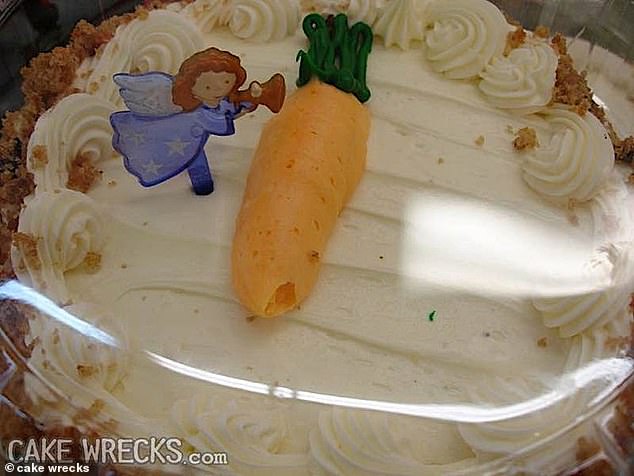 Elsewhere, one baker had tried hard to divert the attention away from the pale, gigantic carrot on top of their cake by adding an angel ornament 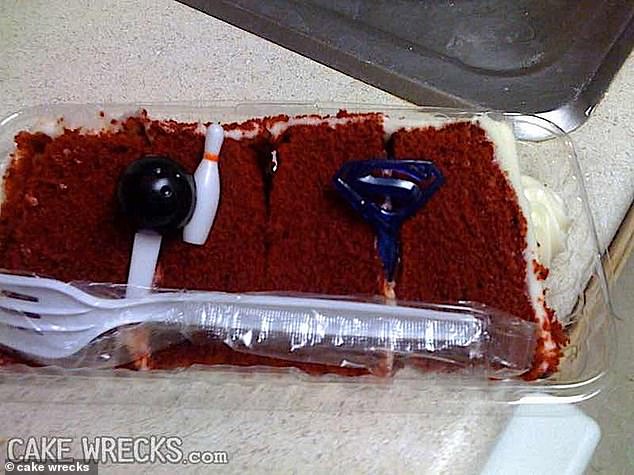 Is this a bowling or Superman cake? One customer was unsure of exactly what these slices included after spotting their plastic ornaments 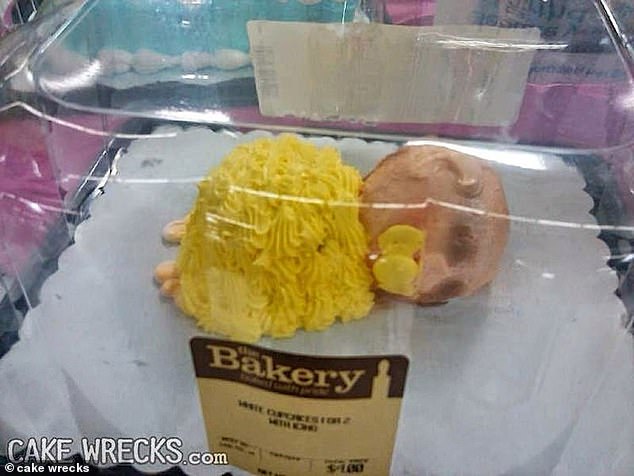 What’s that supposed to be! One person looking to buy a baby-themed cake was left stunned by this unusual baked product 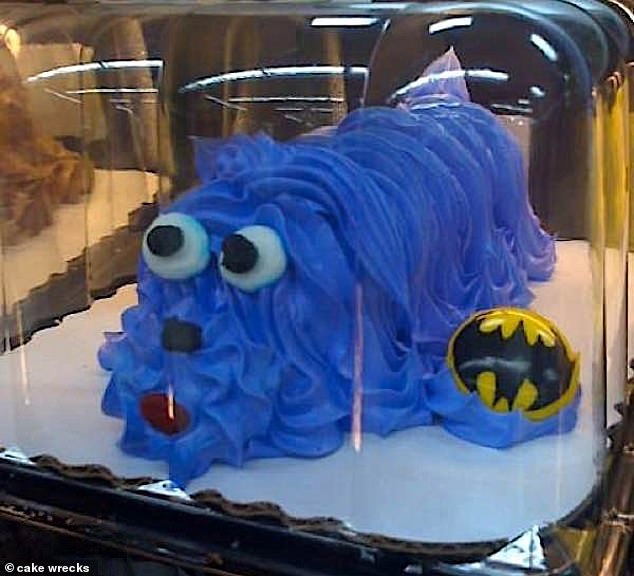 It’s bat dog! Another customer hunting for a Batman-themed treat was surprised to find this melting blue pooch in the bakery 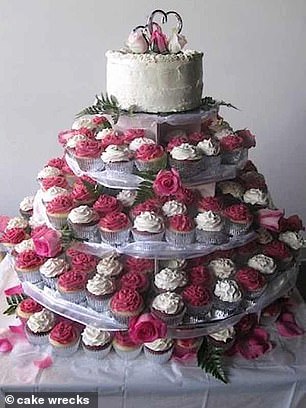 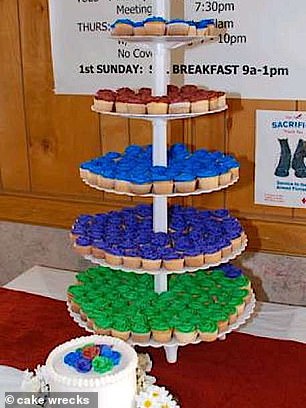 Meanwhile, Daisy, from the US, had expected a floral cupcake tower and mini baked extravaganza for her wedding (left). She was left sorely disappointed by the treats which arrived on her big day (right)