‘Where is my baby?’: Migrant mother screams as she searches for boy who later died in Mediterranean

A migrant mother has been filmed crying out for her six-month-old son after being hauled onto a rescue ship after a dinghy capsized in the Mediterranean.

‘Did you see my baby? I lose my baby! Why me? Where is my baby?’ The woman from Guinea shrieks in the harrowing footage.

Her baby, Joseph, was eventually hauled from the waves by Spanish rescuers but died aboard their ship of respiratory arrest.

The infant was among five migrants who perished after an inflatable dinghy laden with 116 people sank on Wednesday morning after setting sail from Libya.

The vessel started to deflate within three hours of leaving the port city of Sabratah.

‘Did you see my baby? lose my baby! Why me? Where is my baby?’ The mother from Guinea shrieks in the harrowing footage 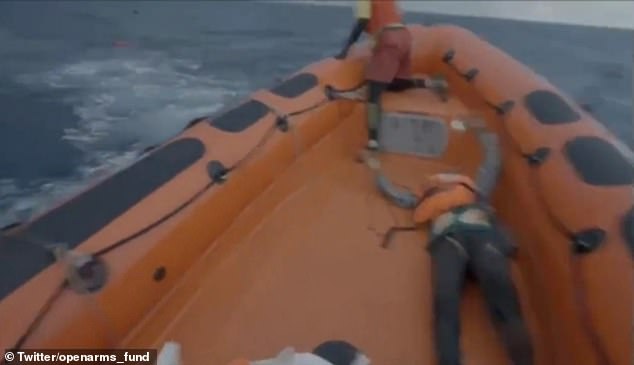 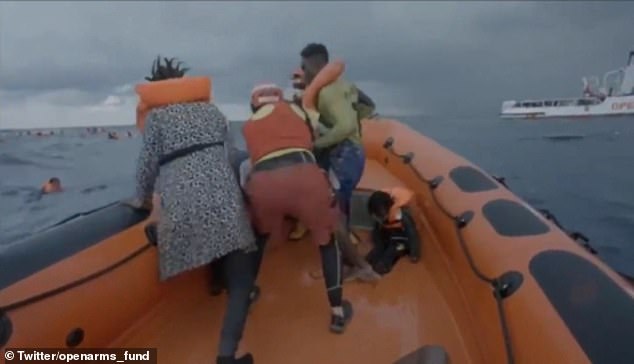 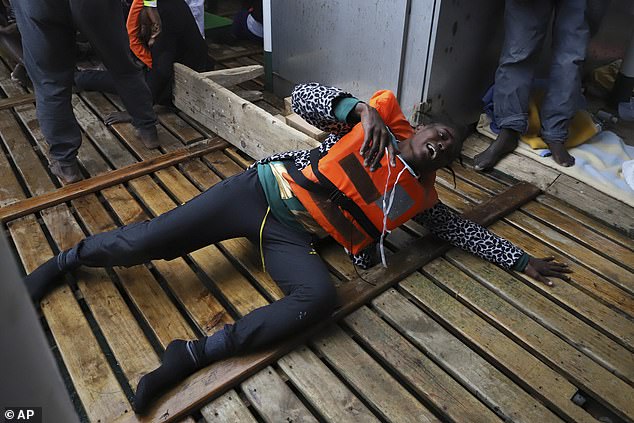 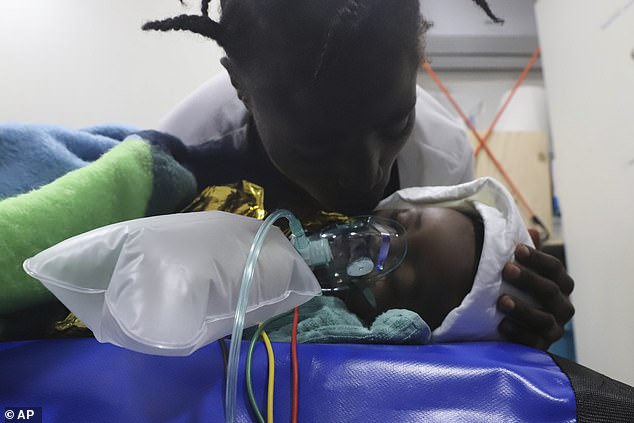 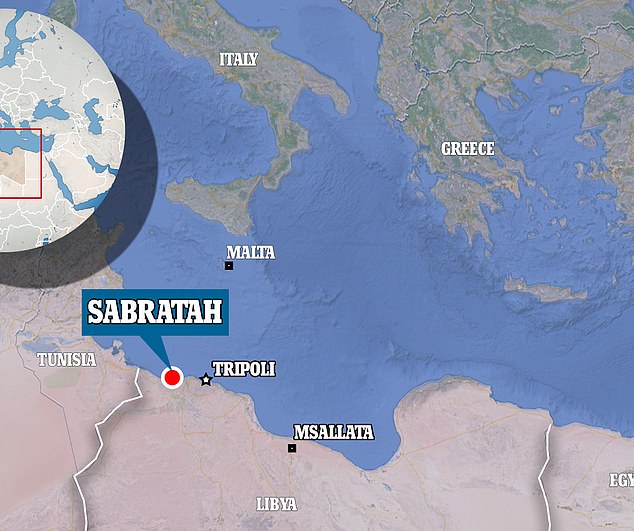 ‘When our rescuers arrived, they found themselves in front of a dramatic scene,’ Riccardo Gatti, President of the Open Arms NGO, told The Guardian.

‘The boat had practically imploded and hundreds of people found themselves in the water, in the open sea – some were children.’

Footage showed Joseph’s mother rolling around on the deck and then getting up to peer desperately over the side of the rescue vessel as other migrants tried to clamber aboard.

After Joseph was pulled from the water the rescuers made urgent requests to the Maltese and Italian authorities to speed him to shore for medical treatment.

But by the time the Italian coast guard arrived the boy had died.

‘We did all we could to rescue those onboard,’ a medic from Italian NGO Italian Emergency said.

‘All this took place just a few kilometres away from an indifferent Europe. Instead of preparing a structured search and rescue system, they instead continue to bury their heads in the sand, pretending not to see the cemetery that the Mediterranean Sea has become.’

Open Arms spokeswoman Laura Lanuza said the ship was headed towards Italian territorial waters and was waiting to be assigned a place of safety to disembark the other rescued people.

In total, 263 migrants who had fled Libya hoping to reach Europe were rescued by Open Arms between Tuesday and Wednesday from three different shipwrecks in the Mediterranean.

A total of five were rushed to shore for urgent medical attention, including a seven-months pregnant woman, to Lampedusa and Malta.

The remaining 257 migrants and five dead bodies are still aboard the Open Arms rescue vessel as they await to find out where they can disembark.

Another 74 migrants drowned on Thursday after yet another dinghy broke down off the coast of Libya, the UN migration agency said. 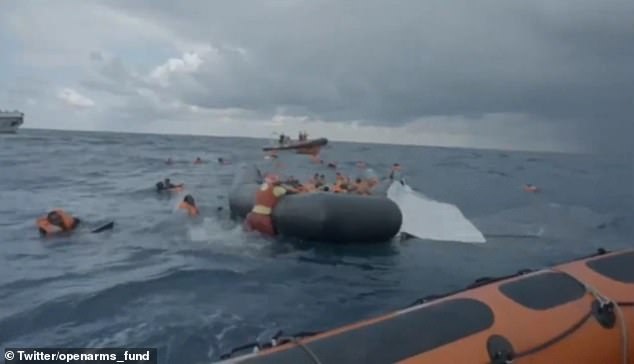 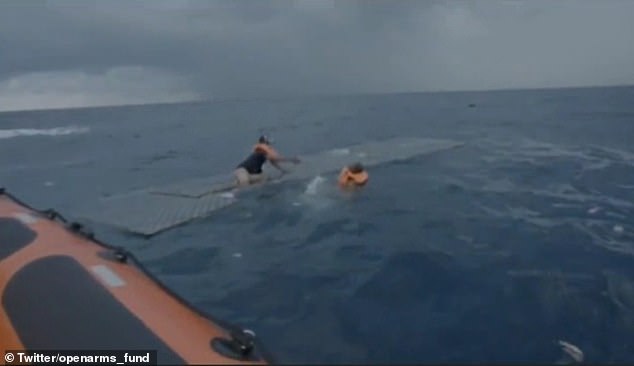 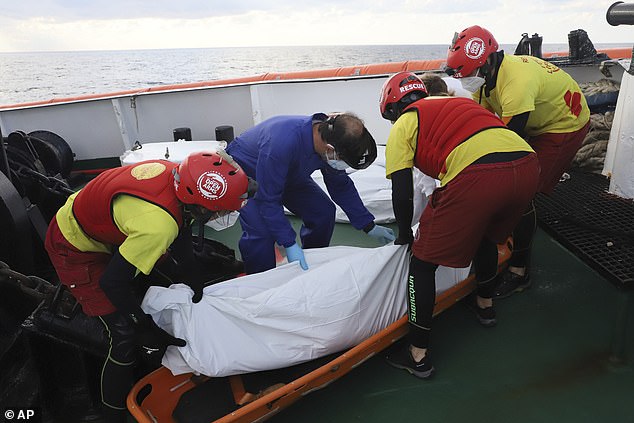 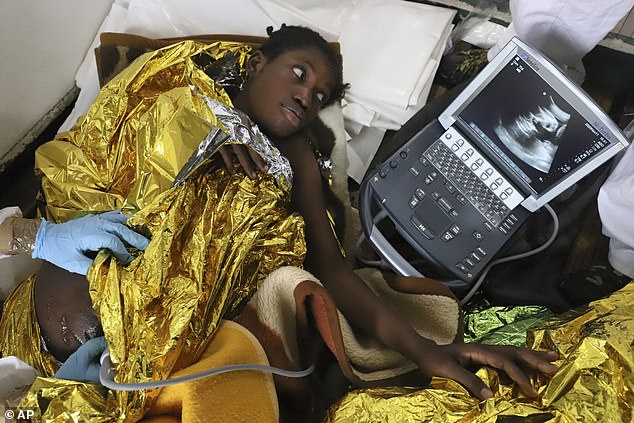 A pregnant migrant gets an ultrasound scan aboard a Spanish NGO Proactiva Open Arms rescue boat, after being in the Mediterranean sea, Wednesday

The boat was carrying over 120 migrants, including women and children when it capsized off the coast of the Libyan port of al-Khums.

Only 47 people could be rescued and brought to safety. So far 31 dead bodies have been retrieved from the sea.

So far 31 bodies were retrieved as the search for the remaining victims continued, added the IOM.

So far this year, more than 800 migrants have died trying to get to Europe via the Mediterranean.

Another 72,669 have made the sea crossing successfully, the majority going to Spain and Italy. 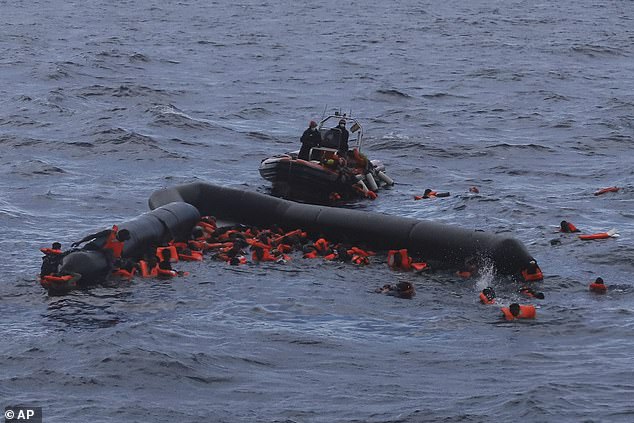 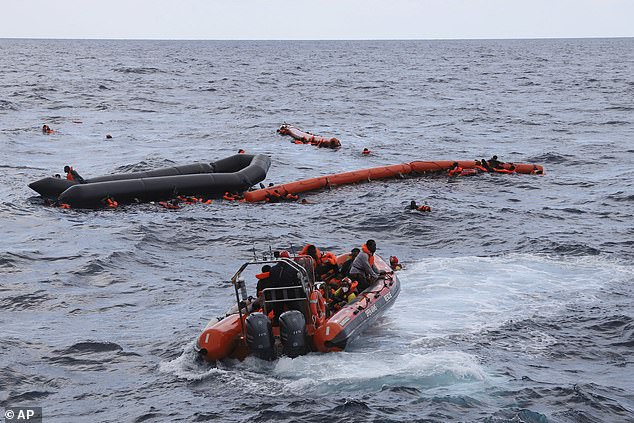 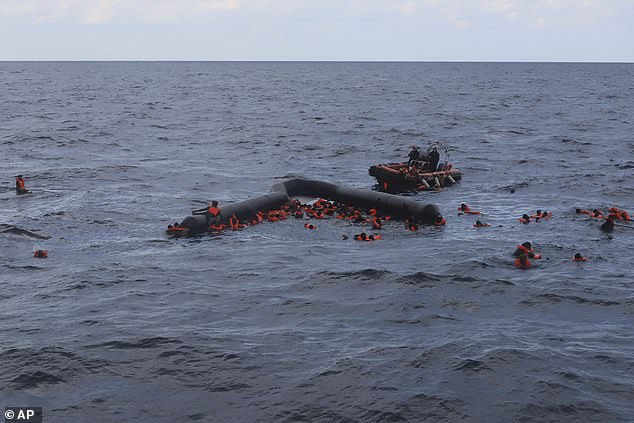 Migrants flail in the water on Wednesday – five of them died, among them six-month-old Joseph

Around a fifth of them are Tunisians, while Guineans make up roughly four percent of the migrants.

In the years since the 2011 uprising that ousted and killed longtime dictator Moammar Gadhafi, war-torn Libya has emerged as the dominant transit point for migrants hoping to get to Europe from Africa and the Middle East.

Smugglers often pack desperate families into ill-equipped rubber boats that stall and founder along the perilous Central Mediterranean route. At least 20,000 people have died in those waters since 2014, according to the International Organization for Migration.