‘Where was this when I was in college!’: Hooters signs 51 college offensive lineman to NIL deals

‘Man where was this when I was in college!’: Hooters signs 51 lucky college football offensive lineman to marketing deals, including students from LSU, Auburn and Oklahoma… just months after also signing up eccentric golfer John Daly and his son

One of America’s most famous dining institutions has launched itself into the limelight after signing 51 college athletes, and not just any kind either.

Over half-a-century of the nation’s offensive lineman — from 10 different schools — have signed name, image and likeness (NIL) deals with Hooters, the company announced Monday.

As part of the agreement, the football players will visit various Hooters locations, appear in social media campaigns and promote the chain as a destination for tailgate and watch parties throughout the college football season.

Hooters’ decision to sign offensive lineman from around the country as opposed to individual athletes raised eyebrows.

Hooters has announced a name, image and likeness deal with 51 college offensive lineman

‘For decades, the physical play, blue-collar mentality and on-field leadership of the offensive lineman has shined, but national praise and attention for these crucial players has all-too-often been sidelined,’ Hooters chief marketing officer Bruce Skala said in a press release.

‘We want to change the narrative and celebrate these elite student-athletes who play a pivotal role in making college football so thrilling and give them their fair share of the spotlight.’

Georgia Tech’s Pierce Quick, one of Hooter’s newest ambassadors, shared his enthusiasm via the statement. 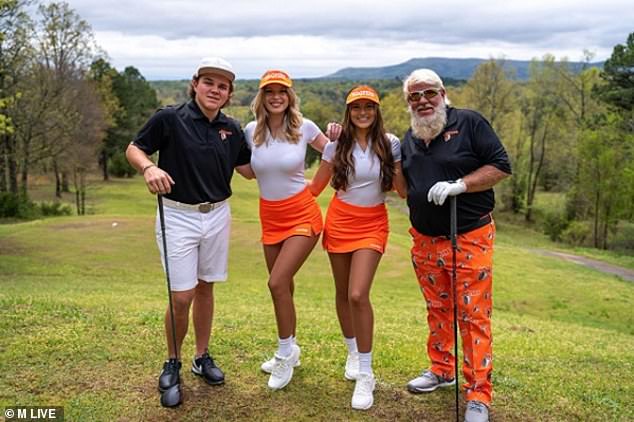 John Daly and his son, John Daly II, have both represented the University of Arkansas in golf

‘I think I speak for all linemen by saying we are extremely excited to partner with a restaurant we already love and throw down some wings.’

One individual took to Twitter, equally rejoicing and wallowing at Hooters’ investment in the college sports space.

‘Man where was this when I was in college!,’ he wrote.

Daly II will perform similar functions to his fellow college athletes and is set to sport Hooters gear during selected tournaments.

The son of golf’s most eccentric character has followed in his Daly Sr.’s footsteps by joining the University of Arkansas where he is currently a freshman.

Before beginning with the Razorbacks, Daly II was a second-team Rolex Junior All-American and ranked in the top-30 of the Rolex Junior Golf Association. 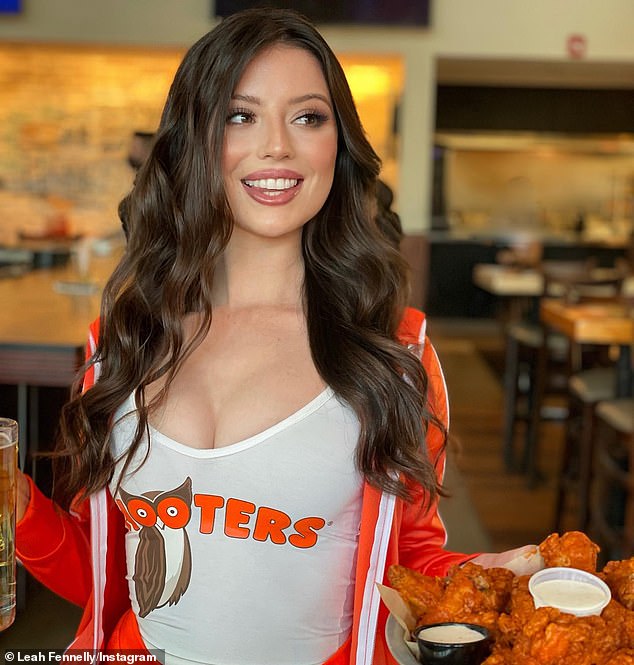 Meanwhile, Daly will further his eclectic dress sense on the PGA’s Champions Tour, gracing the green in Hooters branded wear.

‘As a longtime fan of the brand off the course, I am excited this relationship with Hooters extends to the greens,’ Daly said via a statement.

‘This will be a terrific partnership as Hooters is all about authentic fun. I am eager to represent the brand and have a great time while doing so.’