It was a daft publicity stunt for peace, but it did the trick, remembers Ray Connolly

John Lennon did some very clever things in his life, mostly involving songwriting. But he did some daft things, too. For me, the silliest were his Bed-Ins for Peace. As a young reporter for the Evening Standard, I was seeing a lot of The Beatles, and a few days earlier had revealed in a front-page lead that John and Yoko had flown to Gibraltar to get married.

However, when they decided to spend their week-long honeymoon sitting in bed in room 902 of Amsterdam’s Hilton, telling journalists it was for world peace, I was unconvinced. I thought it was naive and narcissistic to believe that it would do anything at all to stop the war in Vietnam.

I wasn’t opposed to the message – I just couldn’t see how John and Yoko calling themselves Mr and Mrs Peace and inviting the world’s press to come to talk to them for 12 hours a day, during which they insisted that they were on an anti-war advertising campaign, was going to achieve that.

I wasn’t alone. While John’s fame drew worldwide coverage – he was gifted at generating self-publicity – the stunt was greeted by the public with little more than fond amusement by fans and head-shaking ridicule by older disparagers.

‘I don’t care if people laugh at us,’ John later told me. ‘Yoko and I are willing to be the world’s clowns if it does some good.’ As he sang on The Beatles’ ‘The Ballad of John and Yoko’, ‘the newspapers said, she’s gone to his head, they look just like two gurus in drag.’ They did.

A few months later, the pair held another Bed-In in Montreal and John took the opportunity to write and record a new song – ‘Give Peace a Chance’. It may not be a great melody, but it was an inspired peace anthem. This time he got his message across in the best way he knew. It’s still being sung today. 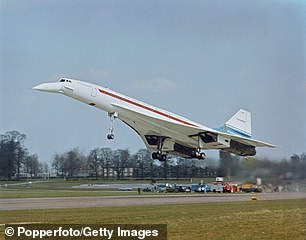