Where were you when… Sparks flew between Paula and Michael 31 October 1994?

Where were you when… Sparks flew between Paula and Michael 31 October 1994?

Who knew that famously flirty interview foreshadowed so much tragedy? says Sylvia Patterson

The UK’s morning coffee cups hovered and people watched open-mouthed at the moment INXS frontman Michael Hutchence appeared on The Big Breakfast bed for an interview with Paula Yates.

The show’s two million viewers couldn’t miss the flash of her knickers as she wrapped her legs over those of the smiling Australian dreamboat. ‘Boy,’ she twinkled, ‘this is a guest who has tackle-troubling trousers. And… for once! A guest where I want to have my leg over.’ Hutchence burst out laughing, as did the TV studio crew.

Watching at home in London I, too, was laughing, yet not so surprised. As a Smash Hits journalist, I’d interviewed Hutchence the previous year and, completely unexpectedly, was confronted by his tangible sexual charisma – like a force field around him – something I’d never encountered in any other rock star before (or in real life).

You couldn’t help but feel embarrassed, though, for her husband Bob Geldof. In the mid-90s gossip circled around Paula (a teenage hero of mine from her irreverent presenting days on 80s music show The Tube) as colleagues reported her similarly cavalier come-ons around the pop giants of the day – amid rumours of a controlling Bob back home.

This was the era of Britpop and naughty rock ’n’ roll excess, but no one could have foretold the catastrophic events to come: Paula ending her marriage to Bob for Michael the following year (and Michael leaving supermodel Helena Christensen), the brutal custody battle over the three Yates-Geldof daughters, Michael’s death aged 37 in 1997 (a registered suicide, although a distraught Paula insisted it was a bungled auto-asphyxiation sex game) and Paula’s fatal accidental heroin overdose, in 2000, aged 41.

Back on the bed, they couldn’t have imagined any of that – only the thrilling possibilities. 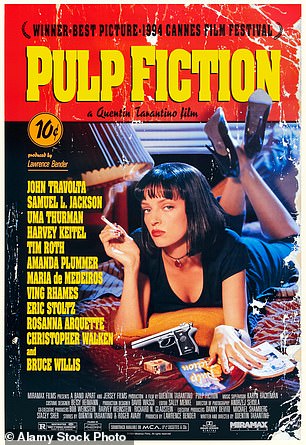