By Chris Harvey For You Magazine

Squabbles over Europe? No, not Brexit. This was the original ‘bloody difficult woman’ nearly 30 years ago

Margaret Thatcher being driven away from Downing Street

A week is a long time in politics these days, so 11 years is an entire era. When Margaret Thatcher was driven away from Downing Street on 28 November 1990 – toppled as prime minister by her own party – the nation gasped to see tears in the eyes of the Iron Lady. This was the woman who had survived an IRA bomb at the party conference, sent British troops to war for the Falkland Islands and declared, ‘I don’t mind how much my ministers talk, so long as they do what I say.’

But the hated ‘poll tax’ had led to riots and the government was divided over Europe (sounds familiar?). Mrs Thatcher had been defiant about what she saw as European Commission president Jacques Delors’ plans for a federalist superstate. ‘No, no, no!’ she said (or as one headline put it: ‘Up yours, Delors’). In stepped Michael Heseltine, long an adversary over Europe, to challenge her for the leadership. She narrowly failed to see him off in the first ballot, but then, convinced that she wouldn’t win a second, decided to resign.

Mrs Thatcher had adopted the royal ‘we’ 18 months earlier when announcing: ‘We have become a grandmother’, and would call upon it again when she addressed the nation. ‘We’re happy that we leave the UK in a very, very much better state than when we came here,’ she said, moments before this tearful last look at No 10, seated beside husband Denis.

John Major succeeded her, and her ministers assured her they’d ‘pin regicide on Heseltine’. ‘No, no, no,’ she told them. ‘It wasn’t Michael Heseltine, it was the cabinet.’ She would later describe it as ‘treachery with a smile on its face’. 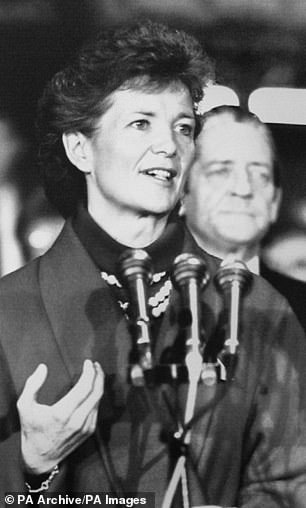 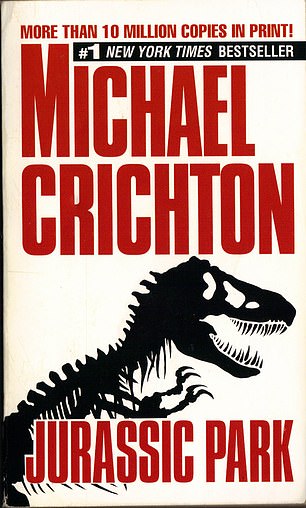 ● Michael Crichton published the novel Jurassic Park, spawning a film franchise that would terrify a generation.

● Jerry Hall ‘wed’ Mick Jagger in Bali. When they later separated in 1999 the wedding would be declared invalid.

● Milli Vanilli had to give back their Grammy award as they didn’t actually sing on their records. 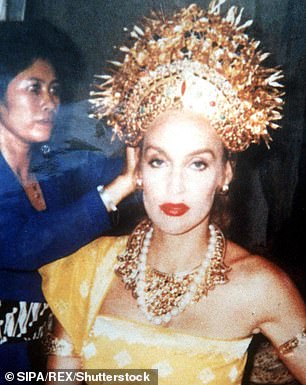 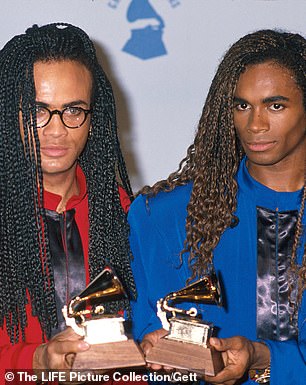