Fancy a change of scenery? Where you can get get a bargain by the beach – as the coronavirus crunch forces urgent house sales

By Eliza Mcphee and Stephen Johnson For Daily Mail Australia

Home buyers looking for value are more likely to find a bargain by the beach as coronavirus forces struggling borrowers to sell.

Ceduna on South Australia’s West Coast has Australia’s highest rate of urgent sales with 9.8 per cent of listings in this category, property sales website Domain has revealed.

Tourist hot spots in Queensland, hit by COVID-19 border closures, are also in trouble with 5.5 per cent of Gold Coast properties being put on the market because a home owner can’t pay off their mortgage.

In north Queensland’s Whitsundays, four per cent of real estate sales are being forced in idyllic areas including Airlie Beach and Hamilton Island.

Four per cent of properties in Queensland’s Whitsundays are being forced to sell amid COVID-19 (pictured: home in Airlie Beach, Whitsundays)

The Fraser Coast, taking in Hervey Bay and Bundaberg near Fraser Island, had 4.9 per cent of urgent listings.

Where home owners are being forced to sell

Bribie Island, between Brisbane and the Sunshine Coast, had 4.3 per cent of sales sparked by financial hardship.

‘Given the economic impact has been concentrated on particular industries, economies heavily reliant on tourism, hospitality, arts and recreation will have a greater risk of rising distressed sales,’ she said.

It comes after Queensland suffered high rates of unemployment following the outbreak of COVID-19.

Toowoomba, which is around 126km west of Brisbane was the hardest hit with unemployment rates soaring to 12.2 per cent last month.

The Gold Coast’s jobless rate rose from 4.1 per cent in March to 6.5 per cent in April, putting it marginally above the national average.

In just one month, 22,700 jobs were lost, the third highest in Australia. 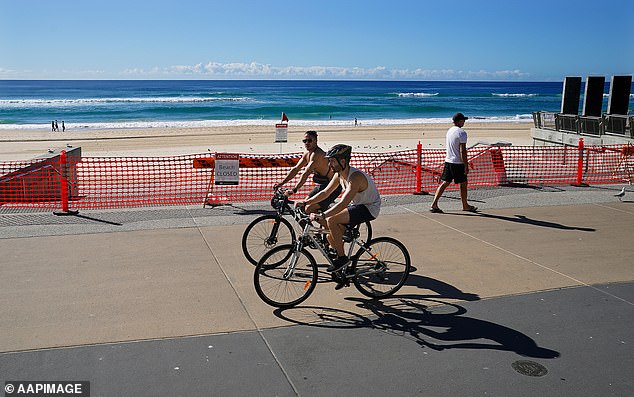 The Gold Coast (pictured) has also suffered from the outbreak of COVID-19 with  5.5 per cent of properties being forced to sell

Despite the high unemployment rates in Queensland, job advertisements have increased by 35 per cent since April which brings hope to those struggling amid the pandemic.

In capital cities like Melbourne, Sydney and Darwin, Dr Powell said there has been little evidence of increased forced sales since the pandemic.

Sydney properties forced to sell rose to just 1.6 per cent in April from 1.4 per cent in February.

Melbourne had no change and forced sales have remained at 0.5 per cent since February. 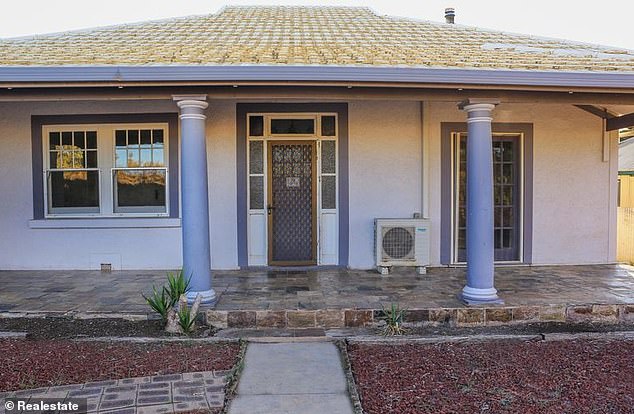 Ceduna on South Australia’s West Coast has Australia’s highest rate of urgent sales with 9.8 per cent of listings in this category (pictured: home in Ceduna)