Where you can watch the supermoon in Australia TONIGHT

Keen stargazers across Australia are getting ready for a glimpse of the biggest and brightest full moon of the year when it lights up the sky on Tuesday night.

Commonly known as a supermoon, the amazing phenomenon occurs when the full moon reaches the point in its orbit that is closest to the Earth, which makes it appear much larger and brighter than usual.

Tuesday night’s spectacular lunar display will the first time in 19 years a supermoon has occurred in February.

‘Anyone with a view of the east will be able to see the supermoon from the time the sun goes down until the sun rises the following morning,’ Sydney Observatory astronomer Brenan Dew told Daily Mail Australia.

‘We’ve got our fingers crossed for good weather, as it plays a part through cloud cover. But the main thing is to have a good vantage point, such as Observatory Hill in Sydney.’ 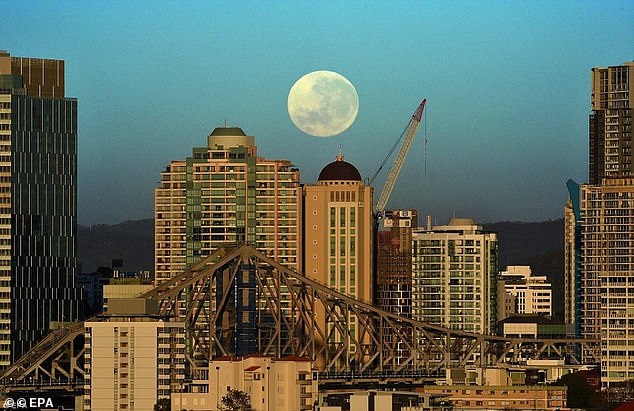 While the supermoon will be most visible overnight, it will be just as spectacular at sunset

While the supermoon will be at its most visible at 2.53am (AEST) on Wednesday morning, Mr Dew said stargazers won’t be disappointed with the stunning view of the moonrise at sunset.

‘I think sunset is the best time to see as it offers another element of a moon illusion, when it appears biggest because it’s closest to the horizon,’  Mr Dew told Daily Mail Australia.

‘It’s always a special event. A lot of people make an effort to go to the beach or have a picnic somewhere to see the supermoon.’ 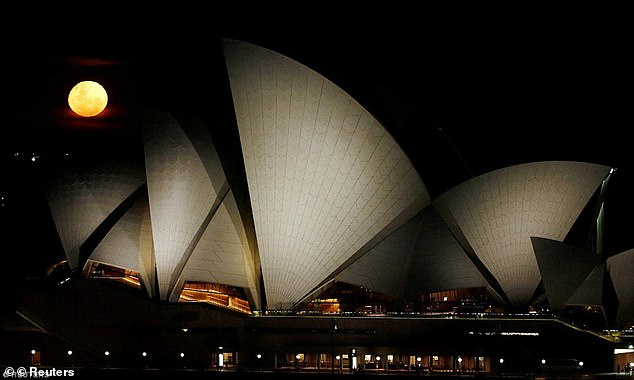 The supermoon will be up to 14 percent bigger and 30 percent brighter than other full moons throughout the year.

For those who look forward to capturing and sharing their spectacular images on social media, Tuesday night will be your second and last chance this year to do so.

Macquarie University’s Department of Physics and Astronomy senior scientific officer Adam Joyce said Tuesday night’s supermoon will be similar to the 2016 one which was closest to Earth in 71 years. 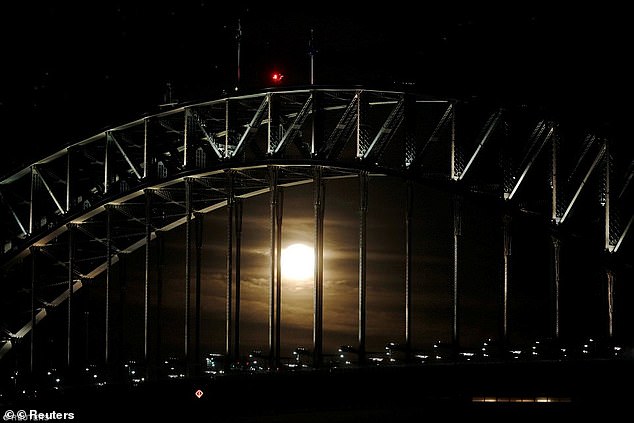 ‘It will be pretty spectacular,’ Mr Joyce told Yahoo.

‘The times that you really want to see it is when it’s on the horizon. Otherwise another spectacular time to see it would be when it’s highest in the sky.’

For keen photographers, using a tripod will dramatically improve the quality and sharpness of your moon photographs, according to Adelaide astrophotographer Steven Morris.

‘If your using long focal length lenses just keep in mind that atmospheric turbulence can reduce the sharpness of your moon images, so wait for a moment of clear seeing where the atmosphere settles down briefly or take a few photographs throughout the night and access how the look for the sharpest image,’ he said. 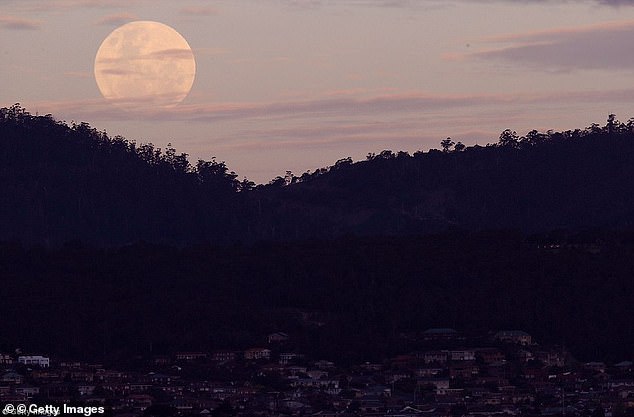 How to capture a stunning supermoon photograph

1. Using a tripod will dramatically improve the quality and sharpness of your moon photographs

3. Using focal lengths of 200mm or more can start to show some nice detail of the moon

4. A quick exposure of around 1/800th or faster helps with countering the earths rotation and leaves you with a nice clear image as well as using a shutter release cable or the timer function on your camera.

5. Apertures of around F/8 will yield some nice sharp results.

6. Depending on the phase of the moon ISO may need to be increased.