Which 10 players make our list for the biggest flops in European football so far this season?

Whilst some players have hit the ground running throughout the first three months of the season, others have fallen by the wayside across the continent.

The performances of individuals have resulted in early-season managerial departures, the most noteworthy being Niko Kovac’s sacking at Bayern Munich, while others are already looking nervously over their shoulders.

But who in particular is under-performing for their clubs? Sportsmail takes a look at those yet to fire in the early months of 2019-20…

Philippe Coutinho is on loan at Bayern Munich, and has faced heavy criticism so far this season

When was the last time Alexis Sanchez wasn’t mentioned in a ‘flops’ list?

Surplus to requirements at Manchester United under Ole Gunnar Solskjaer, he moved to Inter Milan on a season-long-loan deal, hoping to revive his career under Antonio Conte.

However, it couldn’t have gone much worse for the Chilean – he had made just four appearances, he scored and was then sent off on his first start against Sampdoria, and is now out until 2020 after suffering a foot injury on international duty in October.

It feels like sometime ago when he was ripping defences to shreds for Arsenal upon his arrival in English football five years ago. 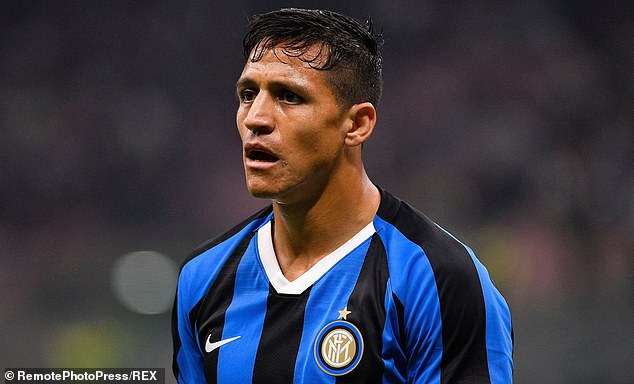 Given his consistently excellent form for Atletico Madrid throughout his five-year stay, Antoine Griezmann’s start at Barcelona following his highly-anticipated move in the summer has been somewhat underwhelming.

The French World Cup winner had a full debut to forget on the opening day against Athletic Bilbao, and despite scoring a brace on his home debut on August 25, the 28-year-old has only scored twice since.

Shuffled out to the left, while Lionel Messi rules the roost in the centre, Griezmann has struggled to make an impact at the Nou Camp in the same way he did at Atletico. Although the £107m man is a starter in a team top of LaLiga, there is without question room for improvement. 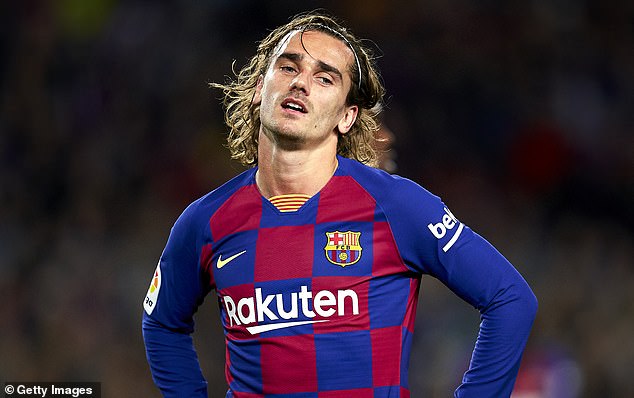 For a traditional powerhouse of French football, it’s been an abysmal start for Lyon – they are currently in 14th, and are closer to the relegation zone than the Champions League spots.

Ex-Chelsea man Traore’s dismal form hasn’t helped, even if he has been playing out wide on the right for the majority of the campaign thus far. In fact, his solitary goal came in the Champions League, where Lyon are second in Group G. 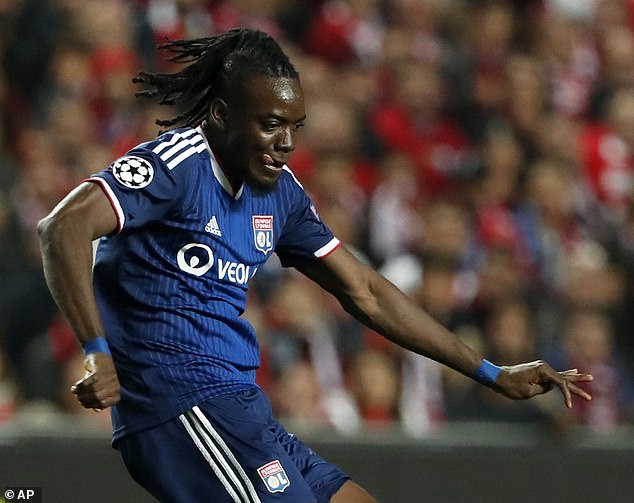 Bertrand Traore is yet to score in Ligue 1, amid a terrible start for Lyon on a domestic level

Last season’s top scorer in Serie A with 26 goals, Fabio Quagliarella’s performances have dipped in direct correlation with his team.

Eusebio Di Francesco, who was Sampdoria manager at the start of the season, was sacked and Claudio Ranieri was brought in to steady the ship.

Since Ranieri’s appointment, Sampdoria have lost just once in five games, yet Quagliarella still hasn’t scored since his solitary strike on September 1.

That dream of playing at Euro 2020 looks like a long shot now with the Italian turning 37 in January. 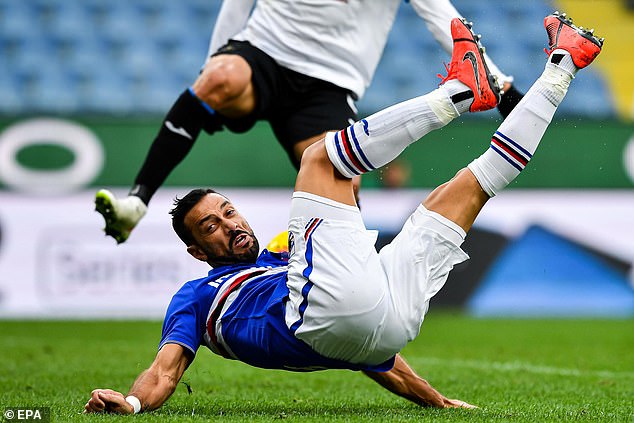 Signed for £36m from PSV Eindhoven in the summer, Hirving Lozano hasn’t exactly hit the ground running at a club currently embroiled in controversy as their owner Aurelio De Laurentiis continues to interfere in team affairs.

Rotating between playing out wide on the right and through the middle, the Mexican has just scored once – on his Serie A debut in an August defeat by Juventus – and is yet to strike up a threatening partnership with skipper Lorenzo Insigne. 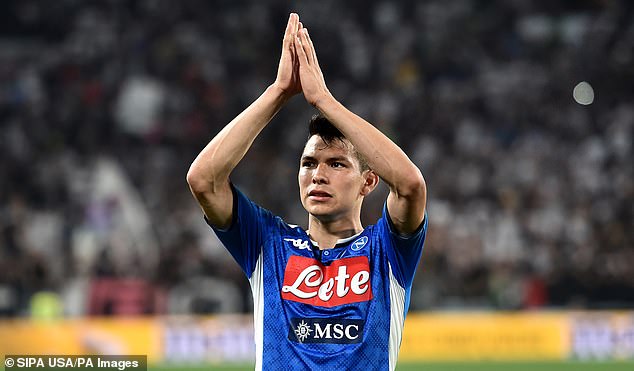 The former Liverpool striker, infamously remembered for a dreadful corner against Chelsea in 2014, has revitalised his career at hometown club Celta Vigo in recent years, and has been a regular fixture in the Spanish national team.

But Celta are in trouble. Lying in 18th, four points adrift of safety, it has been a rocky few months for the 32-year-old, not least because he was robbed by thieves at his home.

Perhaps understandably, Aspas has lost his goalscoring touch – he didn’t open his account until October, and has scored just twice in 13 starts overall. 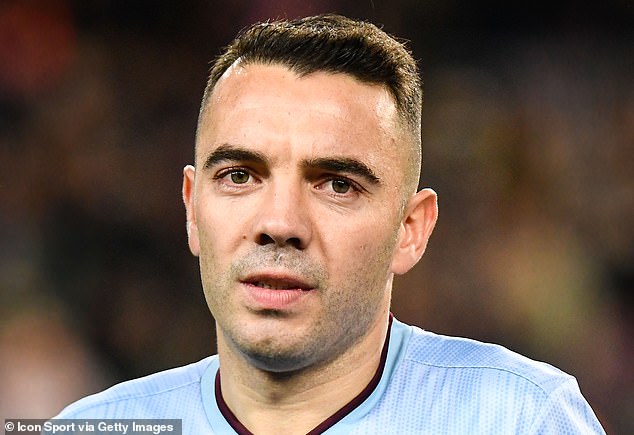 AC Milan’s £30m striker made such a strong start to his time at the San Siro, scoring six goals in his first five matches after his move from Genoa in January, that it made Chelsea look even more daft for taking Gonzalo Higuain off their hands.

Signed as a long-term replacement for Higuain though, Piatek has been unable to match those exploits from the back end of last season so far in this campaign.

The Polish international has scored just three times in 12 appearances, and his lack of form in front of goal is a contributing factor to Milan’s woeful start in Serie A – they are currently in 14th, and have already sacked Marco Giampaolo, replacing him with Stefano Pioli. 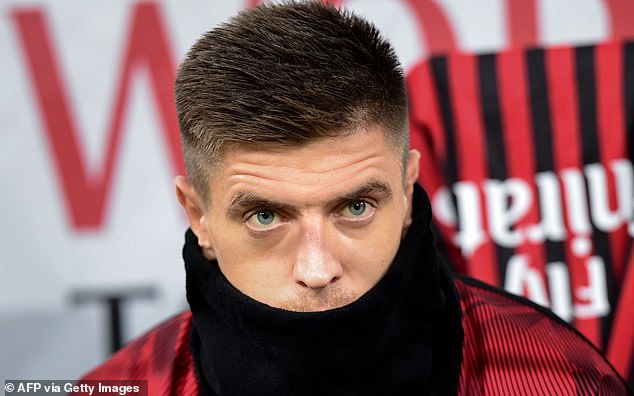 The biggest flop of the lot. After a stunning season for Eintracht Frankfurt last season, Real Madrid spent a whopping £53m to bring Serbian striker Jovic to the Bernabeu.

A side derived of goals last season after Cristiano Ronaldo’s exit, Jovic was seen as the answer following his 27 goals in all competitions in 2018-19. So far, he has been on the scoresheet just once in LaLiga.

Whilst he has been in and out of the team, with Zinedine Zidane switching between the Serb and Karim Benzema up front, he has done little in his minutes on the pitch to convince the manager to persevere with him.

Still only 21, he will for sure have his chance again, but for now he is sidelined with a hip problem. 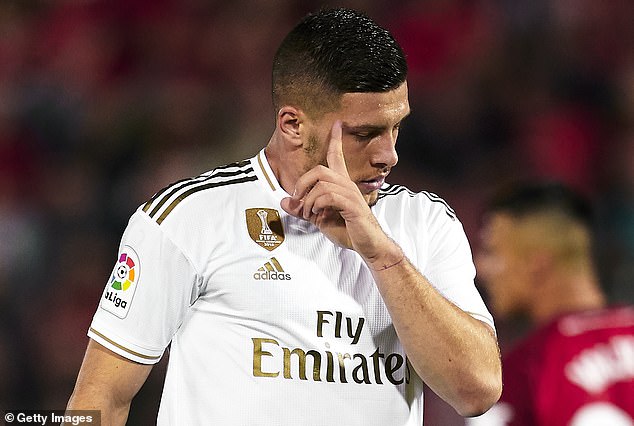 Luka Jovic was brought in for big-money in the summer, but has looked way short of his best

Centre forward Myziane Maolida was billed as the successor to Mario Balotelli at Nice – but the 20-year-old is yet to fire.

Signed in the summer of 2018, with a rumoured release clause of €100m in his contract, he scored just once last season and is yet to find the back of the net this campaign either, as Nice struggle in 13th place in Ligue 1. 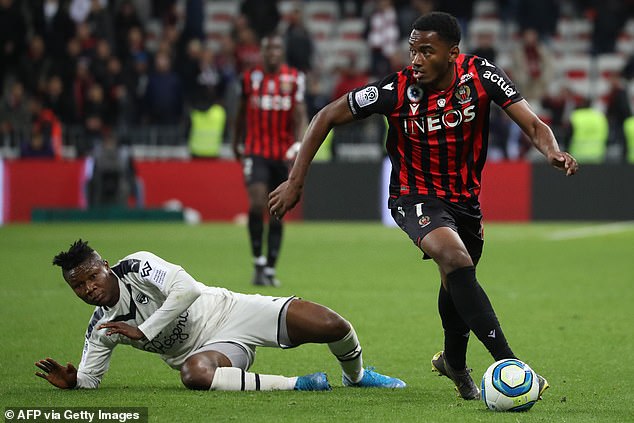 The Brazilian playmaker, on loan at Bayern after struggling in his first 18 months at Barcelona, has faced the wrath of media and supporters over the past month.

He was described as ‘invisible’ by former midfielder Dietmar Hamann in Bayern’s embarrassing 5-1 defeat by Eintracht Frankfurt, a performance which led to the sacking of manager Kovac.

Coutinho came on as a substitute for the 4-0 win against Borussia Dortmund before the international break, with Thomas Muller and Leon Goretzka preferred – and a spot on the bench could be a regular occurrence following his underwhelming start.

After an disappointing season in Spain, Coutinho needs to find his feet in Bavaria – and fast. He is understood to be costing £563,000 per game… 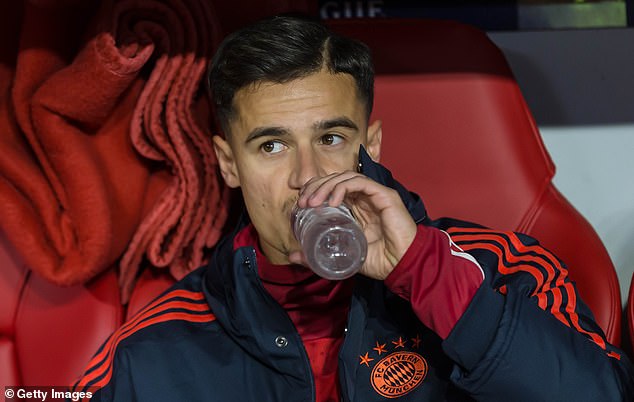