With the bank holiday weekend set to be a scorcher, thousands of Brits will be firing up their barbecues.

But with so many types of burger on supermarket shelves, it’s difficult to tell which truly tastes best and gives you top value for money.

Now a blind taste test by a panel of expert judges from Which? magazine can reveal the best-tasting fresh beef burger out of nine premium own-brand products and one branded item to crown one the king of the barbecue.

The test found that Co-op’s £3.19 two-pack of Irresistible Hereford Beef Burgers are the best buy after scoring 82 per cent. 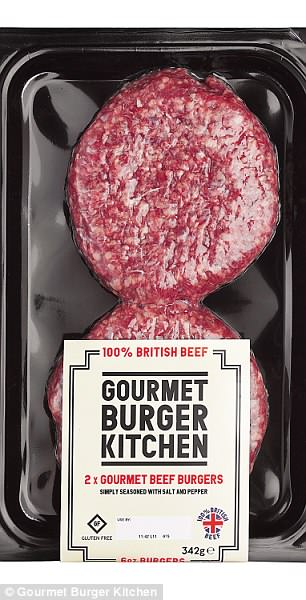 Co-op’s £3.19 two-pack of Irresistible Hereford Beef Burgers were the winner in the taste test and were described as having a ‘great beefy taste’. Gourmet Burger Kitchen’s £4.50 patties were ranked last

The panel of testers, made up of butchers and chefs, commended the Co-op burgers for their juiciness, appearance and ‘great beefy taste’.

It was the only product to be given Which? magazine’s Best Buy seal of approval – a hallmark of quality.

The Co-op burgers were among the more expensive of the brands tested, costing £3.19 for the pack of two burgers.

The best (and worst) beef burgers to buy 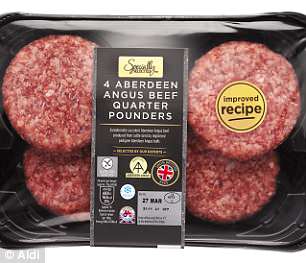 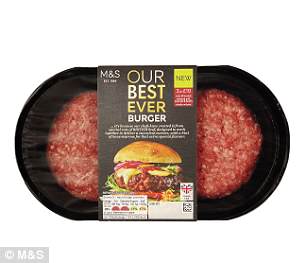 Aldi won a Great Value award and came second for its £2.49 pack of 4 Aberdeen Angus Beef Quarter Pounders (left). M&S achieved the same score but came third for its new Our Best Ever Burger product (right)

The burgers came second in the taste test, scoring 75 per cent, the same score as M&S’s new £3.50 Our Best Ever Burger pack of two product.

Priced at £2.49 for a pack of four, each Aldi burger works out at less than half the price of a Co-op burger.

At the bottom of the table was Gourmet Burger Kitchen’s Gourmet Beef Burgers, with a score of 56 per cent.

They were branded a ‘huge disappointment’ by the panel, who said the burgers shrank badly during cooking. One judge described their taste as ‘awful’ and the texture as ‘hideous’. 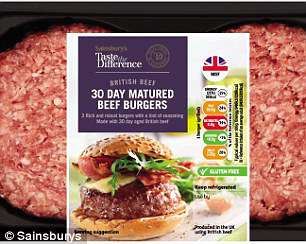 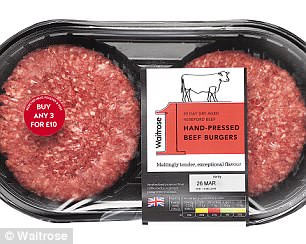 The second lowest scoring brand was Waitrose, with its Waitrose 1 Hand-Pressed Beef Burgers which scored 62 per cent. These were also the next most expensive burgers in the test, costing £3.74 for a pack of two.

Nikki Stopford, director of research and publishing at Which?, said: ‘Barbecues are a staple of any British bank holiday weekend, so shoppers will be delighted to know they don’t have to pay over the odds for a great burger this summer.

‘Our taste test results found that price and brand are no indication of quality, meaning everyone can enjoy a great barbecue this weekend – weather permitting.’

What did the Which? magazine judges make of frozen and meat-free vegan burgers? 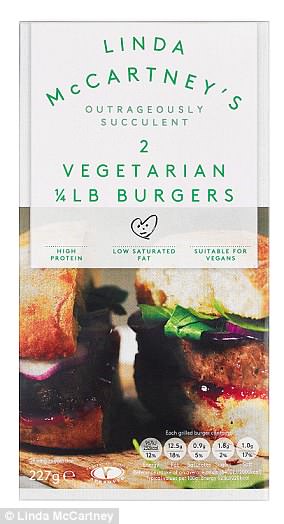 As well as the fresh burgers, Which? magazined asked the panel to give their verdict on one brand of premium frozen burgers, and three widely-available meat-free alternatives.

For the frozen option, the panel tasted Iceland’s Luxury Aberdeen Angus Quarter Pounders, costing £2 for a pack of four.

They were pleasantly surprised by the burgers, especially by how ‘juicy’ they were, claiming they would be handy to have in your freezer.

But in general, felt that shoppers would be better off with the fresh Aldi burgers, which cost only 12p more per patty.

The expert felt that, overall, all three looked the part, tasted pretty good and would all be great vegetarian alternatives at a barbecue – but their favourite was the Linda McCartney burgers, praising them for looking very similar to high-quality beef burgers, and staying moist once cooked.

Visit Which?’s website for advice on buying a barbecue.