Which royal was the world’s most difficult guest?

This is the book I’m giving everyone for Christmas. It’s the most refreshing royal biography ever, redefining the whole tradition of how to portray the lives of the Royals.

Craig Brown gives us 99 snapshots of Princess Margaret in short chapters: some frivolous, some poignant, some anecdotal, some hilarious.

They add up to a remarkably full portrait of the woman acknowledged to be ‘the world’s most difficult guest’ — she arrived at dinner parties hours late, kippered everyone with her cigarette smoke and let no one leave before she did.

With revealing flashes of her gradually diminishing beauty and self-esteem, Brown makes us see exactly why John Julius Norwich said of her, towards the end of her life: ‘I have never known an unhappier woman.’ 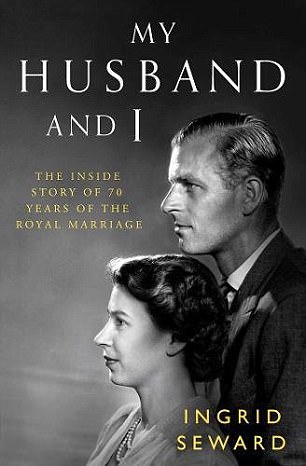 MY HUSBAND AND I by Ingrid Seward (Simon & Schuster £20)

MY HUSBAND AND I

If you’re watching series two of The Crown, Seward’s My Husband And I should be the bedtime read to go with it.

Did or did not Prince Philip have an affair during his four-month separation from his wife when he went on a world tour in 1956? Seward can’t be sure, but she gives us a long list of women Philip has been linked with on the rumour mill over the years, from Daphne du Maurier to the Duchess of York’s mother, Susan Barrantes.

While the Queen can’t bear family ‘scenes’ — and feeds her corgis under the table in order to avoid difficult questions (Philip calls this her ‘dog mechanism’) — he likes to face problems head-on.

‘Have you any idea what they’re going through?’ he thundered down the phone to an organising committee for Diana’s funeral during the endless wrangles about whether William and Harry should walk behind their mother’s coffin.

His own mother had been committed to an asylum when he was nine years old, and his favourite sister and her family died in an air crash in 1937.

He was acquainted with grief in youth. Though a famously harsh father to his own eldest son, Philip has moments of deeper empathy than one would expect. 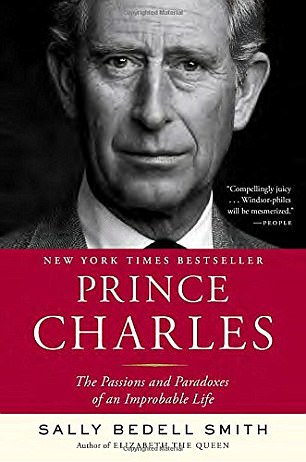 PRINCE CHARLES: THE PASSIONS AND PARADOXES OF AN IMPROBABLE LIFE by Sally Bedell Smith (Michael Joseph £25)

PRINCE CHARLES: THE PASSIONS AND PARADOXES OF AN IMPROBABLE LIFE

‘That’s my salt. My people take such good care of me. They always bring my salt.’

Those words, once spoken by Prince Charles to the person sat beside him at a dinner party and recounted in this biography, give a revealing glimpse of his fastidiousness.

In this all-encompassing life story, biographer Sally Bedell Smith shows us the Prince’s spoilt and hypocritical sides, while also exploring his tirelessly altruistic nature, which shines through in his support for his charities such as The Prince’s Trust. 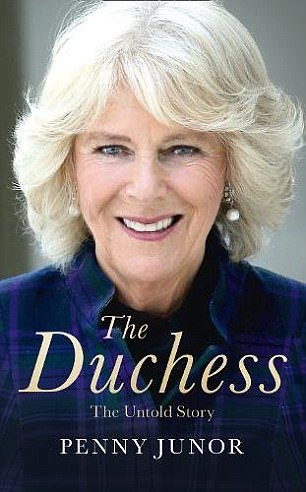 THE DUCHESS: THE UNTOLD STORY by Penny Junor (William Collins £20)

THE DUCHESS: THE UNTOLD STORY

penny Junor says not one nasty thing about Camilla in this more sycophantic book, but perhaps there’s nothing nasty to say once you’ve got over the small matter of adultery.

She sets out to clarify that, from the moment Charles proposed to Diana in 1981, his affair with Camilla ended and did not resume until 1986, by which time Charles was almost having a nervous breakdown from the misery of his marriage.

The Duchess comes across as the best friend we’d all want: down-to-earth, self-deprecating, funny and modest.

There were many details I didn’t know, such as that Camilla has one O-level — one up on Diana — and a phobia of lifts, brought on after getting stuck in one in Paris in 1965