While dogs famously look like their owners, a new study has found that we may be more like our feline friends than we think.

If your cat prowls the streets at night, is unaffectionate, terrorises the neighbours and intimidates weaker rivals, then it’s likely that you’re projecting the same sort of behavioural traits.

The study, which was published in the journal ‘Personality and Individual Differences’, found that while dogs have similar physical characteristics to their owners, cats actually behave like them, aside from their classic feline traits, such as capturing dead mice.

While dogs may look like their owners, it was found that cats could actually behave like them

The research revealed that if an owner was a dominant and impulsive person, then their cat was also likely to have the same characteristics.

The new research was made possible by another group of scientists who developed a personality test for cats and researchers at the University of Liverpool have used the new tool in order to rank cats on five personality traits.

Known as the feline five, they are friendliness, dominance, spontaneity, neuroticism and how outgoing they are. 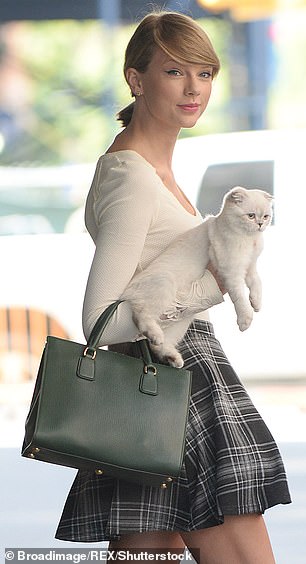 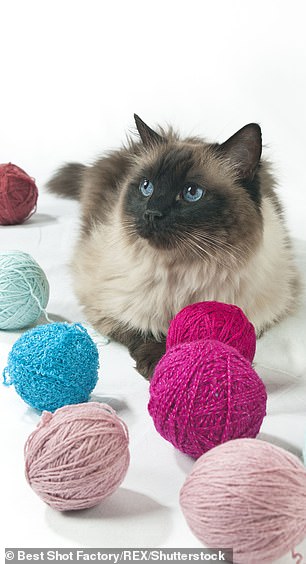 Celebrities such as Taylor Swift (left) are often pictured with their furry friends. the new research found that felines (right) could have similar personality traits to their owners

A social cat may enjoy more physical activities such as stalking and running while dominant moggies would enjoy bossing others around.

This is while a friendly cat will always be seeking company, whether that comes in the form of affection from humans , felines or a squeaky toy.

The new scale matches a comparable one used in humans, which was given to the owners participating in the research. 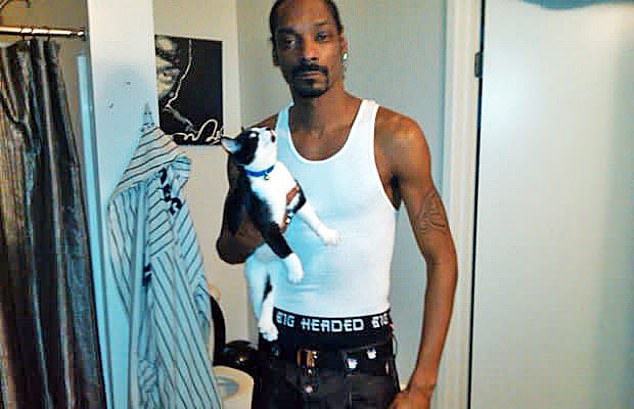 The team found that dominant people tended to have strong-willed cats while people who liked routine had cats that lacked spontaneity.

Rebecca Evans, of the University of Liverpool said: ‘Our results suggest that owner personality may have an influence on the type of cat a person is first attracted to or the decision to maintain ownership of the cat.’ 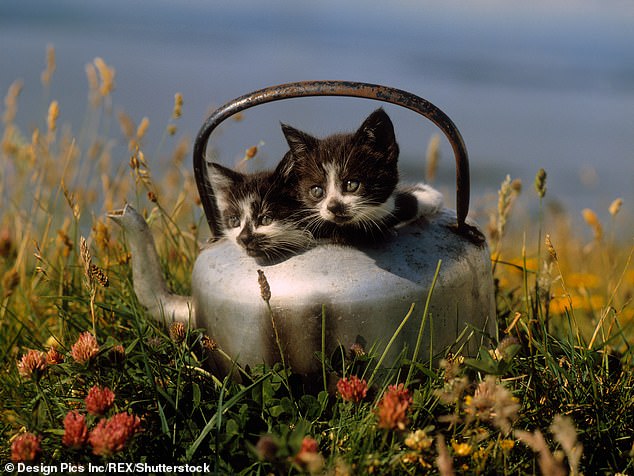 She also highlighted that since cats had been scored by their owners that it may have been possible that people saw their own character traits in their pets.

Many famous faces have cats as pets such as Katy Perry, Snoop Dog, James Franco and Taylor Swift.

Pop superstar Swift is often pictured with her cute kitties, two Scottish fold cats named Olivia Benson and Meredith Grey, which she has previously referred to as her ‘fuzzy daughters’. 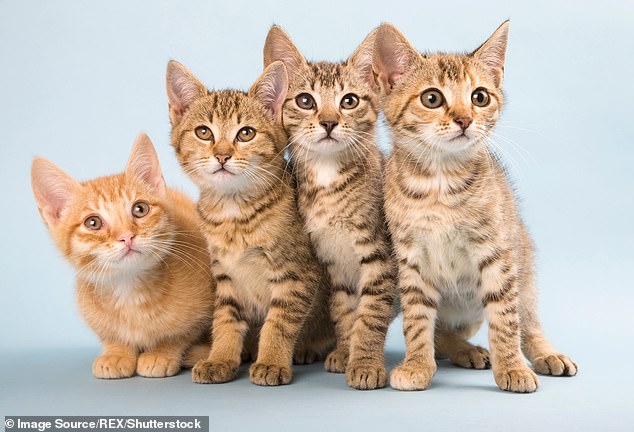 A friendly cat will always be seeking company, whether that comes in the form of affection from humans , felines or a squeaky toy

Olivia is rather odd but friendly and has previously chewed up objects, in a similar vein to when a dog chews up toys, whereas Meredith is more standoffish and doesn’t like the party scene.

Miss Evans, who is the owner of a friendly but needy tomcat, highlighted that it might be useful to match owners to their cats using the feline five traits.

Speaking to The Times she said that learning what made a cat and its owner get along was important to animal welfare.

‘Dominant cats are greedy, defiant and aggressive and bullying towards people and other cats. These can often be the type that will be abandoned. If they were adopted by a similarly psychotic owner all could be well.’

The study analysed 2,802 cat personality tests which indicated a set of five personality factors that capture the majority of these cats’ personality characteristics.

Cats had to be scored on a scale of 1-5 and questions varied from where the cat likes to spend time to how affectionate the cat is.

Is your pet a scaredy-cat or a lion heart? Give your cat a score of between 1 and 5 for each question A 5 means the description fits your cat very well, a 1 means it is nothing like them.

Tot up the score for each section and divide this by three to see your cat’s score for that trait.