A whingeing inmate says he would ‘rather starve’ than eat the food he is served in jail after sharing photos of the meals taken on a smuggled mobile phone.

The prisoner at HMP Risley in Warrington, Cheshire, said the meals at the Category C jail are ‘worse than dog food.’

The pictures show a soggy looking fish and chips, baked beans and pizza, and something looking like meat, liver and limp chicken burgers with pasta.

It appears the images have been taken inside the unnamed prisoner’s cell, showing the unappetising grub served up on plastic yellow plates.

The prisoner at HMP Risley in Warrington, Cheshire, said the meals at the Cetegory C jail are ‘worse than dog food.’ This picture shows an unidentified meat and gravy with chips 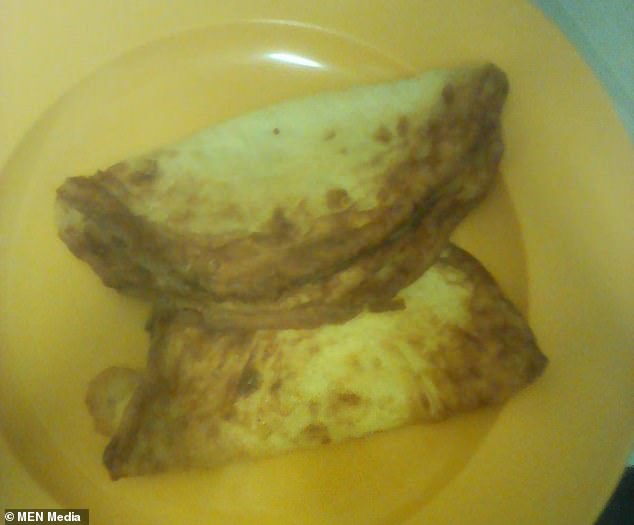 Two omlettes served at HMP Risley. It appears the images have been taken inside the unnamed prisoner’s cell 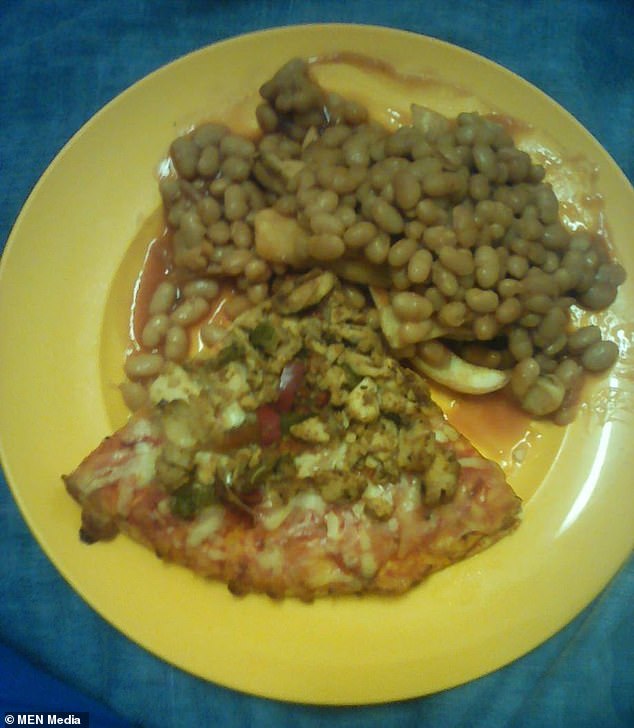 The inmate, who sent the pictures to the Manchester Evening News, could now face more time behind bars for smuggling a phone into prison.

A spokesperson for the Ministry of Justice said all meals served to prisoners meet nutritional guidelines.

A statement from the Prison Service said: ‘All prisoners are offered fruit and vegetables as part of three healthy meals a day, which meet nutritional guidelines set out by the Food Standards Agency and the Department of Health.

‘We are investigating these pictures and any prisoner found using a mobile can face extra time behind bars.’ 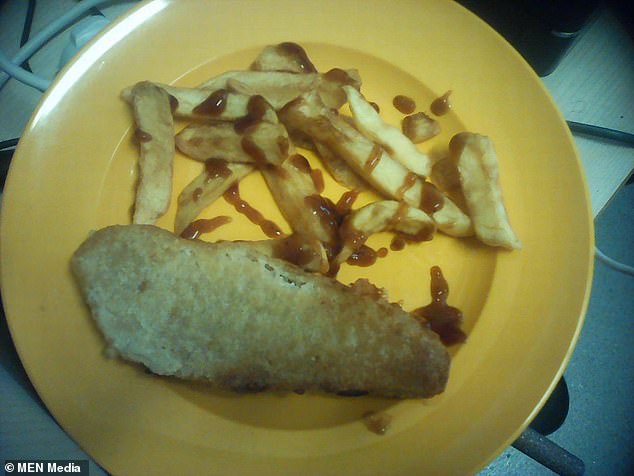 A soggy looking fish and chip, covered in brown sauce. The inmate who took the snaps said he would ‘rather starve’ than eat the meals he is served 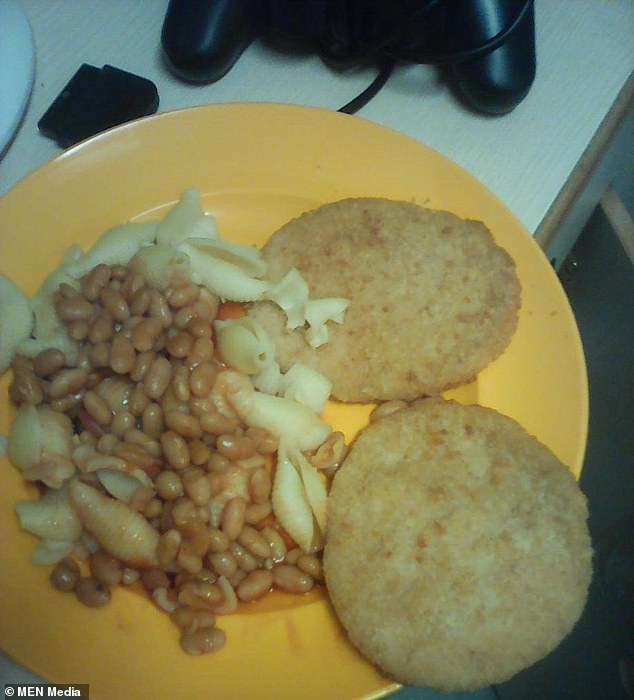 This photo shows chicken burgers, pasta and beans. A Playstation controller is shown in the background, which suggests it may have been taken inside a cell

A 2016 HMP Risley inspection report stated: ‘There was a reasonable choice of meals and the food we sampled was good.

‘Lunch and dinner were selected from a four-week rolling menu with a reasonable variety of healthy options, including portions of fruit and vegetables every day.

‘The quality of food that we sampled was reasonable but, in our survey, only a quarter of respondents said that the food was good.’ 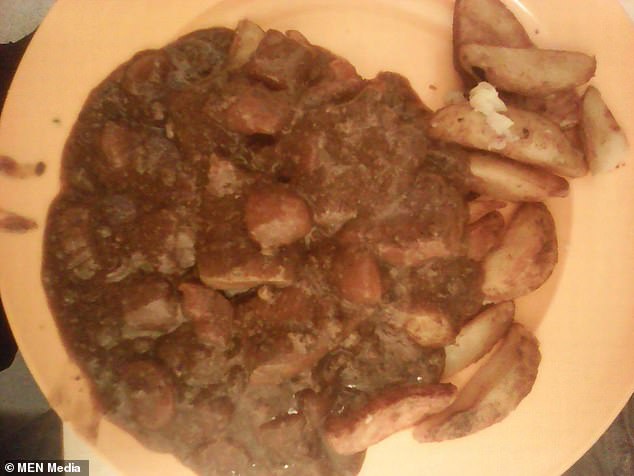 The Prison Service said in a statement that they are investigating how images were taken inside the jail. This photo shows what is believed to be a liver stew served with chips 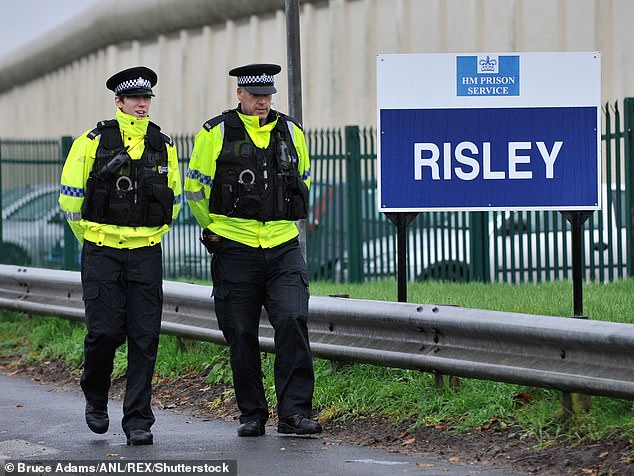