Convicted WikiLeaks whistleblower Chelsea Manning may be banned from Australia after authorities issued an intention to refuse her visa on character grounds.

The former soldier, who was released from military prison in 2017, was due to arrive this week ahead of her speaking tour, which includes an appearance at the Sydney Opera House.

Manning was supposed to start her speaking tour in Sydney on September 2, before heading to Melbourne and Brisbane later next week.

It’s understood the Australian government are now considering stopping the outspoken activist from entering the country under s501 of the Migration Act, The Sydney Morning Herald reported.

According to the act, someone can be refused entry or have their visa cancelled if it’s believed they are unable to pass the character test – or in other words, they are not of good character.

The Department of Home Affairs states that all non-citizens must meet character requirements set out in the Migration Act and a person can fail a number of reasons, a spokesman told AAP in a statement.

The spokesperson continued to say failure isn’t limited to where a non-citizen has a substantial criminal record or where their conduct represents a risk to the Australian community.

Promotional material for the tour on the promoter’s website describes Manning as a ‘jailed hero’ and a ‘traitor’ who causes controversy wherever she goes.

‘She’s been out of jail for over a year but still walking into trouble everywhere she goes,’ it stated. 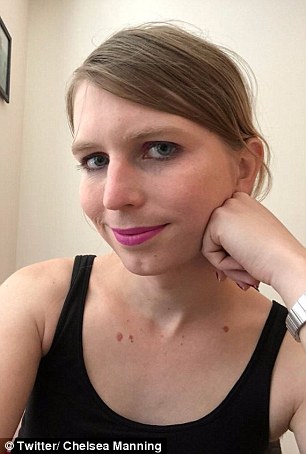 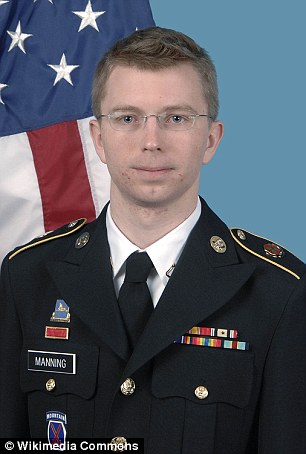 Chelsea (left), who was born Bradley Manning (right) before undergoing gender reassignment, was sentenced to 35 years in jail in 2013 for sending classified documents to Wikileaks.

It continued to say in addition to talking about her life, Manning would also be discussing the side of politics that she said has ‘pi**ed her off’.

‘Chelsea will talk to Australia about her life. How to be a sneak, how to survive in prison and how to stop the government and corporations from chipping away at our privacy even more,’ the statement read.

‘Come along and see if you can spot the ASIO agents pretending to be regular punters in the audience!’ 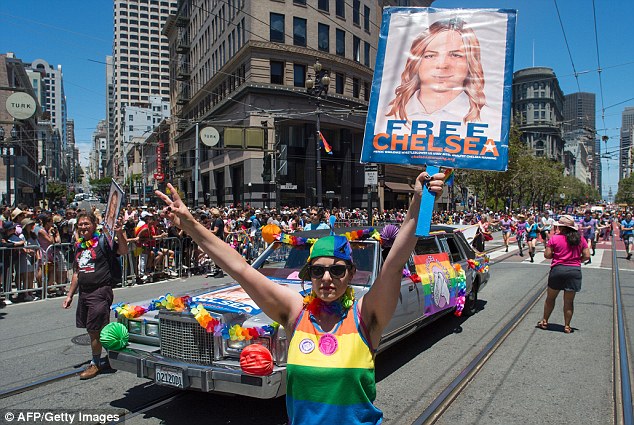 Manning, who was born Bradley Manning before undergoing gender reassignment, was sentenced to 35 years in jail in 2013 after she was found guilty of sending classified documents to Wikileaks.

Among 20 other offences she was found guilty of was misusing classified material, but she was acquitted of the most serious offence, which was aiding the enemy.

She ended up serving seven years in jail before she was granted clemency in 2017 by former president Barrack Obama – one of his last acts in office – but not pardoned for her crimes.

Since her release from prison, Manning has continued her activism and has been heavily involved with promoting data privacy and transgender rights.