Whistleblower Sahmir Sanni breaks down in tears at being ‘outed’

Vote Leave whistleblower Shahmir Sanni broke down in tears last night as he told of the trauma  of being outed as gay by a senior aide to Theresa May.

Mr Sanni, who is of Pakistani heritage, was forced to tell his mother and friend that he was gay on Friday after his former partner Stephen Parkinson revealed his sexuality.

Speaking last night, Mr Sanni said he was gripped by panic when he realised that his sexuality was being run on media outlets.

Mr Sanni found himself in the news after coming forward to claim that Vote Leave cheated in the EU referendum by busting spending limits.

Mr Parkinson, a senior official in the campaign, denied the claims and revealed he had been in a relationship with Mr Sanni for 18 months starting in the referendum.

Fighting back tears, Mr Sanni told London’s Frontline Club’He knew… he knew that I wasn’t out to my mum.’

Vote Leave whistleblower Shahmir Sanni (pictured last night)  broke down in tears last night as he told of the trauma of being outed as gay by a senior aide to Theresa May. 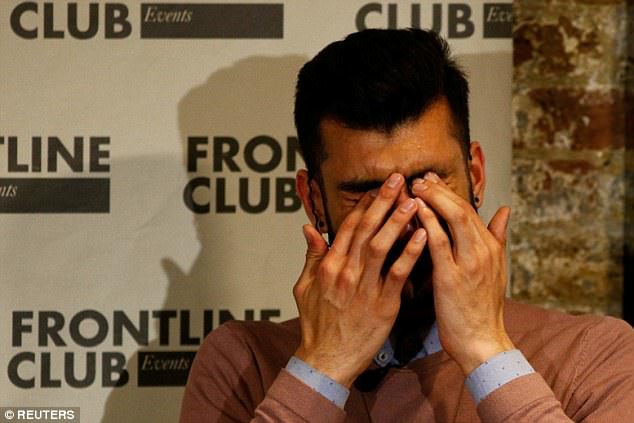 Mr Sanni (pictured last night) who is of Pakistani heritage, was forced to tell his mother and friend that he was gay on Friday after his former partner Stephen Parkinson revealed his sexuality.

He added: ‘Number 10, Dominic Cummings and Stephen Parkinson have stripped me of the most important conversation for me, to have with my mother and my sisters and my family.’

‘I came out to my mum and she said to me, I love you no matter what and they’re doing it to shut you up. I was like thanks momma.’

Mr Sanni became visibly upset when he told the audience last night of the shock of having his sexuality exposed.

He said: ‘People were tweeting about this blog. I went through this blog, this 8,000 word blog, and then I came across this statement… that’s when I started panicking.

‘I thought, it’s only Dominic Cummings’ blog, no-one reads that, so I was mildly panicked. I never thought it would actually happen – I thought, they wouldn’t stoop that low.

‘It was late in the evening that same day, when the New York Times called me and said, can you comment on this statement we’ve been sent by Number 10? 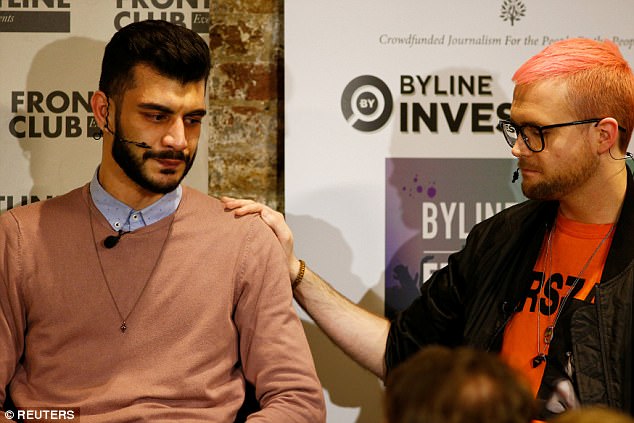 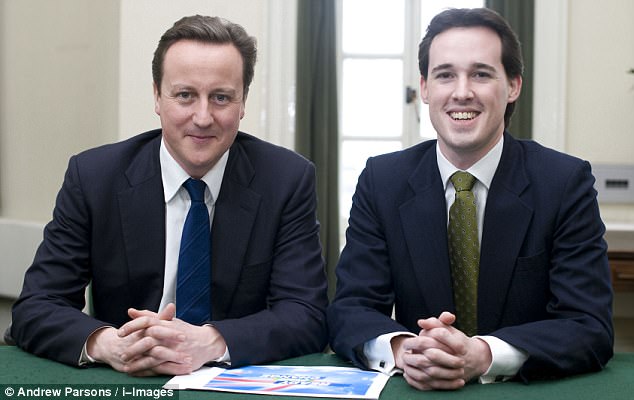 ‘I said, what are you talking about? and they said, allegations about you being in a relationship with Stephen Parkinson.

‘That’s when my heart dropped.’

He said that the New York Times forwarded him the email which came from Number 10.

He added: ‘I hate talking about it, because I get…’, before briefly becoming too distraught to continue speaking.

The whistleblower added: ‘Sorry, I’m being a drama queen. This wasn’t supposed to happen!’

He was comforted by the Cambridge Analytica whistleblower Christopher Wylie, who was sharing the stage with him.

Shahmir became a volunteer for Vote Leave and we began a personal relationship.

That is the capacity in which I gave Shahmir advice and encouragement, and I can understand if the lines became blurred for him, but I did not direct the activities of any separate campaign groups.

Vote Leave acted entirely within the law and strict spending rules at all times. I am saddened by his statement. It would be surprising if he thought I could defend myself against those allegations without revealing our relationship.

I cannot see how it could have remained private once Shahmir decided to publicise his false claims.

The Electoral Commission has found no evidence of wrongdoing and that Vote Leave was advised it was permissible to make a donation in the way it proposed to do to BeLeave.

I am confident that I stayed within the law.