The white Chicago police officer charged with first-degree murder in the fatal shooting of black teenager Laquan McDonald says he was doing what he was trained to do and that the case against him shows prosecutors are bowing to political pressure.

In his first interview since he was arrested – and just days before jury selection in his trial is set to begin – Officer Jason Van Dyke told the Chicago Tribune on Tuesday: ‘I never would have fired my gun if I didn’t think my life was in jeopardy or another citizen’s life was.’

Van Dyke didn’t discuss any details of the 2014 shooting in the interview that was tightly controlled by his attorney, including the likely focus of the prosecutors’ case: that no other officer shot at the teen and that his written report that he believed McDonald was attacking him with a knife contradicts what can be seen in the now-infamous dashcam video. 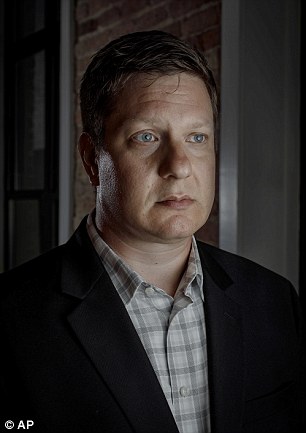 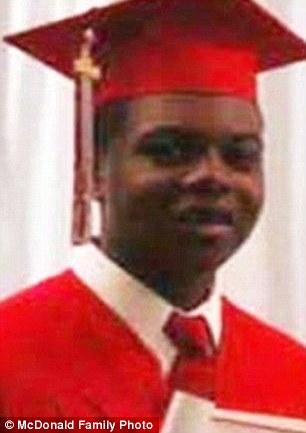 ‘Of course, I’m extremely nervous,’ the married father-of-two said. ‘I might be looking at the possibility of spending the rest of my life in prison for doing my job as I was trained as a Chicago police officer.’

Van Dyke was arrested in November 2015, a year after the shooting and on the same day that the video showing him shooting McDonald 16 times was publicly released.

The veteran cop opened fire six seconds after getting out of his squad car and then continued shooting at McDonald’s body sprawled on the ground.

The Chicago Police Department has suspended Van Dyke without pay. He has been working as a janitor at the Chicago Fraternal Order of Police lodge to earn a living.

The officer said he has been at the center of a political storm since the video was released.

‘I think there’s been a lot of external political pressures,’ he said. ‘It just seems like politics has been involved with this since the beginning.’

Van Dyke lamented that he was being vilified on social media and unfairly portrayed as a trigger-happy and racist white cop.

‘Everyone wants to be part of the bandwagon of hatred. Anyone who knows me, knows me personally, knows … that I’m not a racist,’ he said. ‘That’s a great false narrative. … It’s just slander.’

Van Dyke also noted that October 10, 2014, was the first time he ever fired his service weapon while on duty, after spending more than a dozen years on the force policing some of Chicago’s most crime-ridden communities at night. 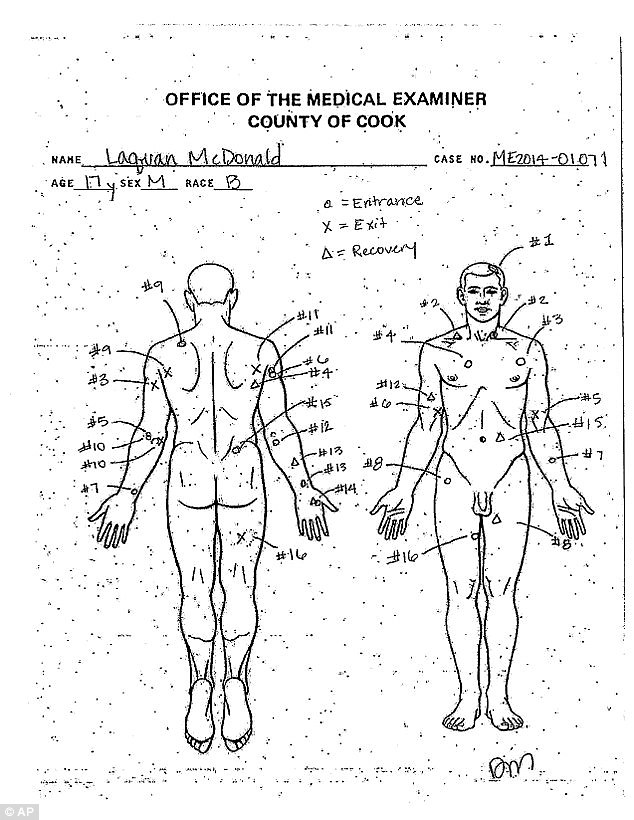 ‘You don’t ever want to shoot your gun,’ he said. ‘It doesn’t matter if it’s to put down a stray animal or something like that. Nobody wants to shoot their gun.’

A practicing Catholic, Van Dyke also spoke about his daily prayers for the McDonald family following the ‘darkest day’ of his career.

McDonald’s family dismissed Van Dyke’s 40-minute interview with the Tribune as nothing more than a legal maneuver designed to sway prospective jurors.

‘Is he praying or is he just saying what he thinks you want to hear?’ asked McDonald’s great-uncle, the Rev. Marvin Hunter, adding that if he was advising Van Dyke he would advise him to say exactly what he did. ‘They’re trying to write a narrative. They’re trying to influence the jury.’

It is unclear how the judge, who has prohibited the attorneys from discussing the case outside of court, will react to the interview or how it might affect any decision on a change of venue motion filed by Van Dyke’s lawyers.

The defense team argues that the pretrial publicity has made it impossible for Van Dyke to receive a fair trial. 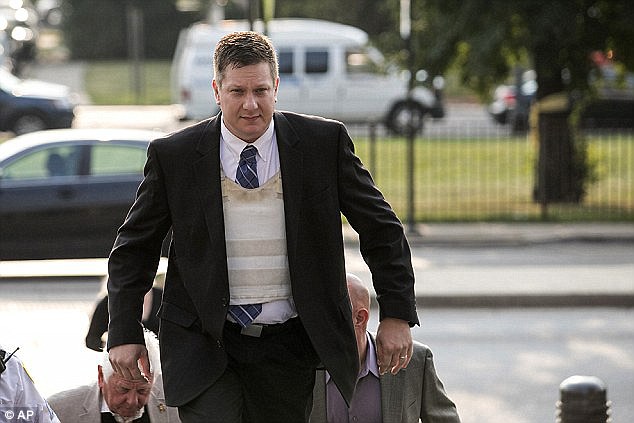 Van Dyke expressed concern for his family’s safety and said he was worried that riots could break out in Chicago after the verdict in his case is reached.

Earlier this month, he was pictured arriving in court for a preliminary hearing wearing a bulletproof vest over his button-down shirt.

Jury selection in Van Dyke’s case is scheduled to get under way on September 5.

Defense attorney Dan Herbert is not quoted in the Tribune story beyond a brief comment to Van Dyke not to talk about ‘any pre-shooting.’ A spokesman for the special prosecutor, Kane County State’s Attorney Joseph McMahon, declined a request to comment.

Convictions in murder cases against on-duty police officers are rare . A former Dallas-area police officer was found guilty of murder on Tuesday. Roy Oliver fatally shot an unarmed black teenager as the boy left a Balch Springs house party with his friends.