Officer Sherry Hall, 43, was convicted of 11 criminal charges, including making false statements, violating her oath and tampering with evidence

A Georgia police officer who falsely claimed that she had been shot at by a black man in 2016 has been handed 15 years in prison for a number of charges connected to the incident.

Officer Sherry Hall, 43, was convicted of 11 criminal charges, including making false statements, violating her oath and tampering with evidence.

In addition to the 15 years that the former Jackson officer was given, Superior Court Judge Thomas Wilson also gave her 23 years of probation.

On September 13rd, 2016, Hall claimed that a 6ft, 230lbs African American man wearing a green shirt and black jogging pants had shot at her. A bullet was found in her protective vest.

The alleged shooting came right after a number of shootings of law enforcement personnel said to have been in retaliation to the numerous police killings of black folk.

But Hall’s own recollection of the night led to her eventual downfall after a jury voted for her conviction.

‘She did a great job for us, up until that night,’ Jackson Police Chief James Morgan said of the woman who had only been an officer with the department for three months, according to the Atlanta Journal-Constitution.

‘So we didn’t see this coming. But this was not a mistake. It was a conscious decision and a choreographed act.’ 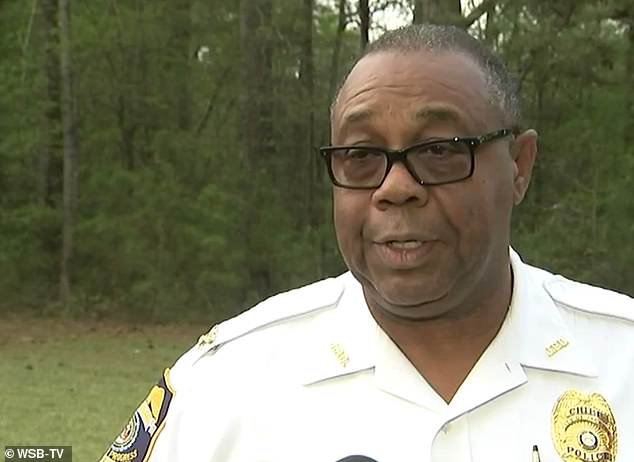 ‘She did a great job for us, up until that night,’ Jackson Police Chief James Morgan said of the woman who claimed that she had been shot by a black man

Following Hall’s initial report, the Jackson police department went on a massive manhunt in hopes of finding a suspect.

A man who resembled Hall’s description was brought in for questioning but eventually released.

‘We didn’t need an uprising,’ Morgan added. ‘We didn’t want any racial tensions. This put a dim view on our department. But we rebounded. It defused pretty quickly.’

Hall is currently serving time in the Arrendale State Prison but lawyer, Jordan Van Matre, is working to get a new trial for his client.

The officer passed up the opportunity to take a plea deal that would have had her serve just five years for her crimes. 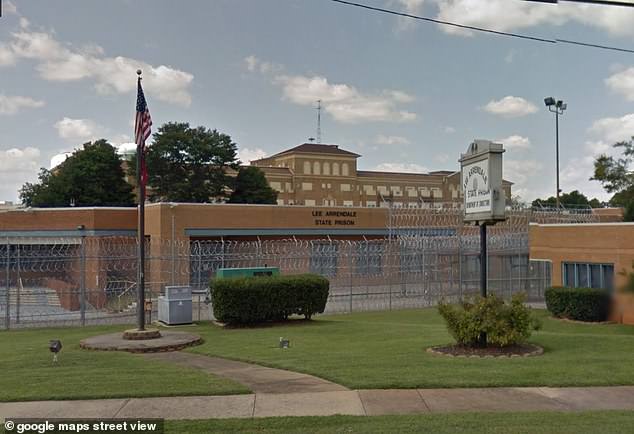 Hall is currently serving time in the Arrendale State Prison but lawyer, Jordan Van Matre, is working to get a new trial for his client

‘She’s scared to death of prison,’ the woman’s brother, Steve Weaver, said. ‘She wanted to take a plea, but not one that included prison time. She thought spending 90 days in jail before posting bond was enough.’

Hall’s family found it surprising that the officer was given such a harsh punishment for her part in endangering the community she was supposed to protect.

‘She definitely didn’t get treated fairly,’ her brother asserted.

‘As her brother, obviously it’s hard for me to admit she’s guilty. But if she is guilty, the sentence she received was especially harsh. We hope to seek a sentence reduction in the near future. I mean, this was a nonviolent crime.’

Hall had claimed that when she pulled into Camilla Court she put her car spotlight on the man. Realizing she was shout, she claimed to have fired two rounds where the gunfire had allegedly come from. 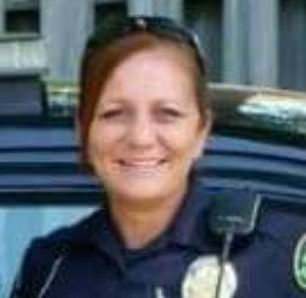 During her trial, Assistant District Attorney James Moss showed that Hall’s squad car video system picked up audio from the night. The audio revealed that only two shots were fired and not three.

The two casings found near the car matched Hall’s gun from the night. However, the third casing that was found in the woods matched a firearm that the officer kept in her nightstand. Moss noted that this gun was a department-issued handgun.

He continued: ‘It was dumbfounding that she went to trial. She never took responsibility. She invented out of whole cloth a black man who shot her, and if law enforcement hadn’t done their jobs right, we could have had a gentleman wrongly charged with a crime.’

Moss further stated that he had been unable to find a motive for Hall’s actions. It was speculated that she was trying to get more respect from her department but also that she sought disability payments for post-traumatic stress disorder.

‘I couldn’t prove what the motive was,’ Moss stated. ‘But I could prove that what she said was a big bucket full of malarkey.’

The Assistant DA said that it was ‘certainly’ a ‘factor’ that the current climate with police shootings helped aid in the harsh sentencing.

Hall’s attorney during the trial, Kimberly Berry, argued that the woman suffered from emotional distress when the incident took place.

‘The day after, she checked herself into a facility for mental health treatment,’ Berry said. ‘She was basically having a nervous breakdown.’

‘I think Sherry, to this day, doesn’t know exactly what happened.’