The white Dallas cop who shot dead her neighbor on September 6 after arriving at his apartment, allegedly thinking it was hers, has been fired for the killing.

Dallas Police Department announced on Monday morning that it had fired Amber Guyger, 30, for killing Botham Jean, a 26-year-old banking associate, in his apartment.

Sergeant Warren Mitchell told DailyMail.com she had been fired as a formality which goes along with being arrested.

He refused to say why it had taken two weeks for the force to fire her, saying only: ‘It just happened when it happened.’

Her firing was announced in a press release which read: ‘Dallas Police Chief U. Renee Hall terminated Police Officer Amber Guyger #10702 during a hearing held September 24, 2018.

‘An internal affairs investigation concluded that on September 9, 2018, Officer Guyger engaged in adverse conduct when she was arrested or manslaughter.

‘Officer Guyger was terminated for her actions, She was hired in November 2013 and was assigned to the Southeast Patrol Division.

‘Under civil service rules, Officer Guyger has the right to appeal her discipline.’ 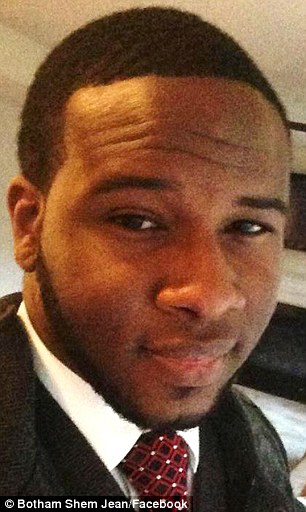 Despite the wording of the release, which indicates she was fired for something she did while being arrested three days after the crime, police say it was the fact that she had been arrested which sealed her fate.

Last weekend, protesters took to the streets demanding that she lose her job. She had been on administrative leave until then.

It took Texas rangers three days to charge Guyger with manslaughter on September 9.

She claimed that she arrived at Jean’s apartment thinking it was hers and that the door was ajar when she arrived. She alleged that she opened it using a key then gave verbal commands to him as she looked at him standing in the dark, across the room from her, before shooting him.

A search warrant for the young man’s home to retrieve evidence for the case against her however claimed she that he came to the door after hearing her trying to get in with a set of keys. 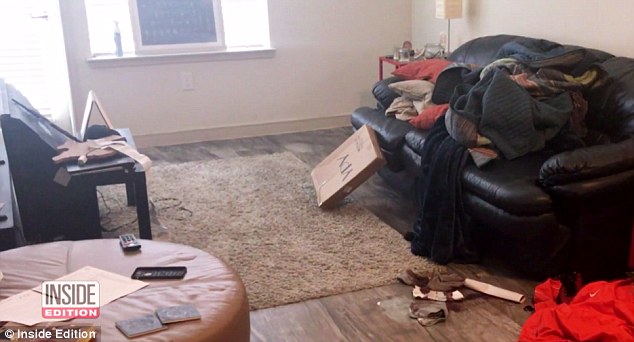 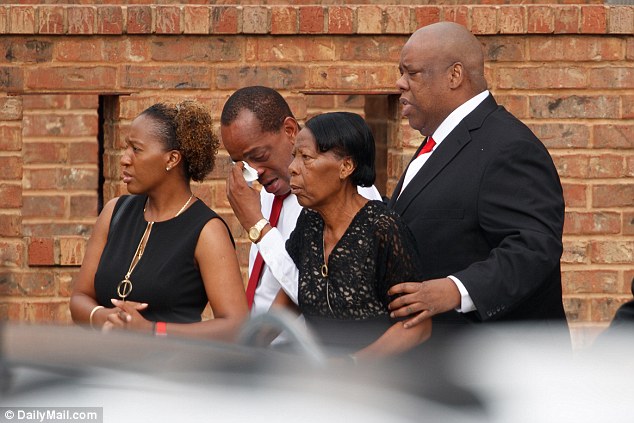 Jean’s devastated family members cry at his funeral service in Dallas on September 12. They believe there is more to his killing than Guyger let on 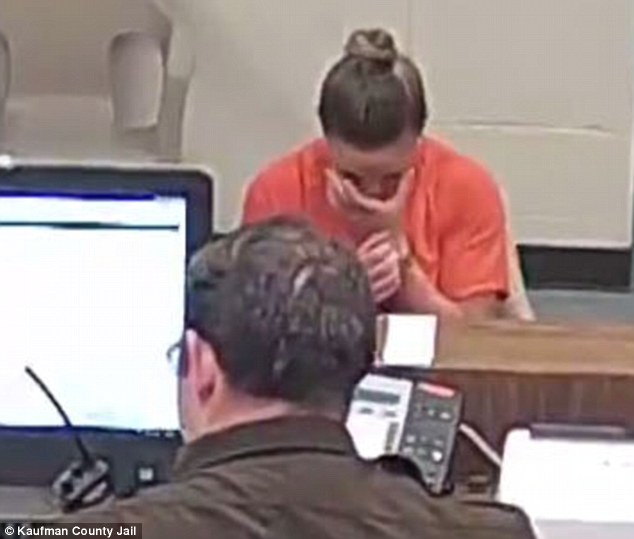 Guyger wipes tears from her eyes as she is booked for manslaughter for the September 6th killing of Botham Jean. She was arrested three days after the killing, on September 9

Neighbors also say they heard a woman shouting ‘let me in’ and knocking on the door seconds before she fired her weapon.

They say they heard the pair exchange words and that a man shouted: ‘Oh my God, what have you done?’ after she fired her gun.

Jean’s family say that while they do not believe the pair knew each other, that they think there is more to his killing.

Guyger, who had worked for the police for four years, has said nothing since being bailed out by an attorney earlier this month on a $300,000 bond. 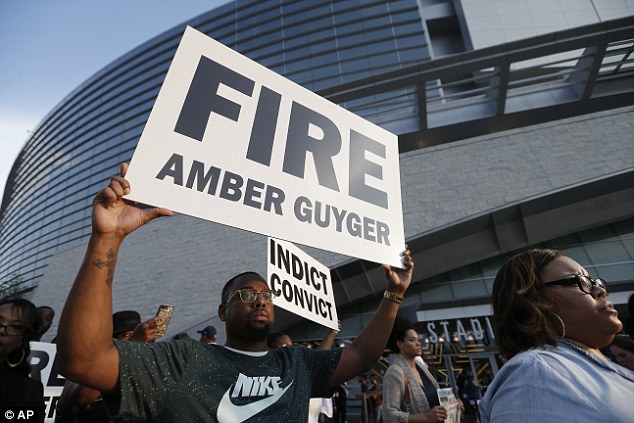