The second White House Correspondents’ Association dinner in a row without the president is set to begin on Saturday night at the Washington Hilton, as Trump jets off to a rally in Michigan.

Comedian Kathy Griffin, who created uproar last year by posing with a fake severed Trump head, also made an appearance on the red carpet.

Unlike last year’s event, some of the top current White House staff are in attendance this year, signalling a possible thaw in Trump’s often contentious relationship with the press. 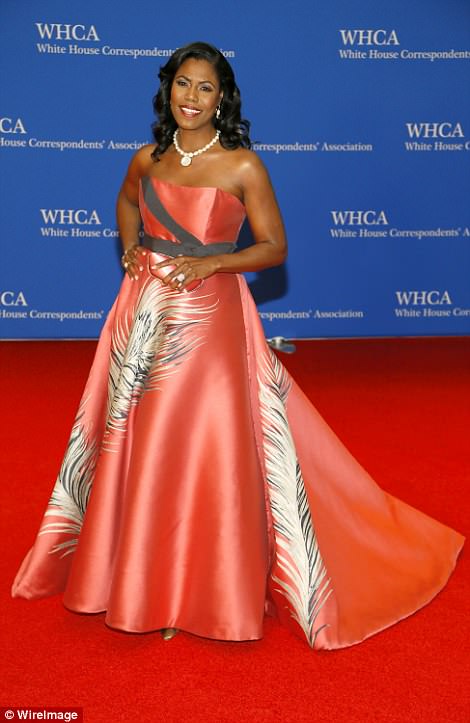 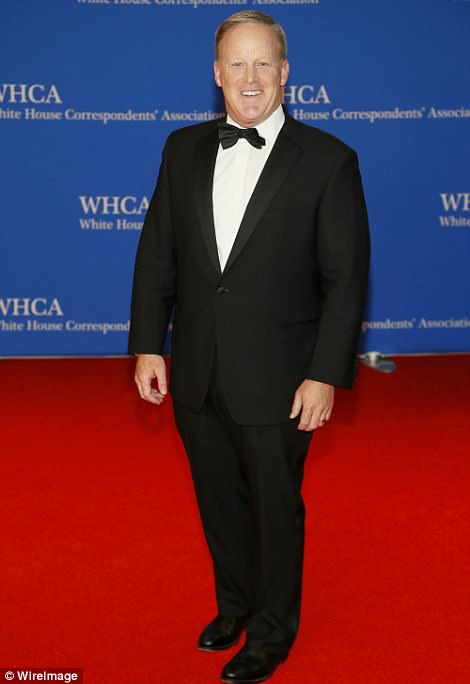 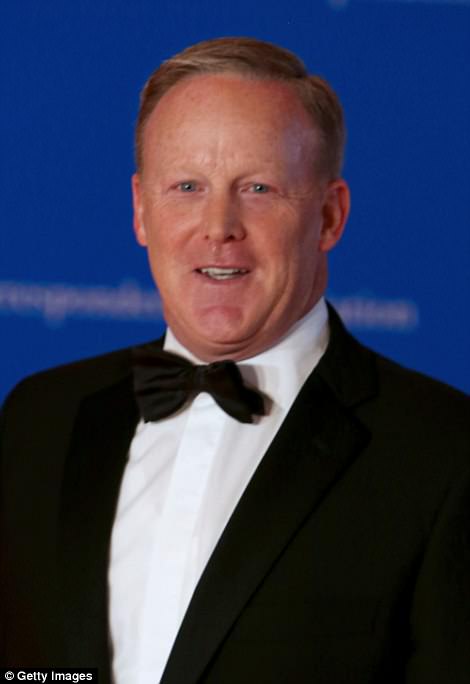 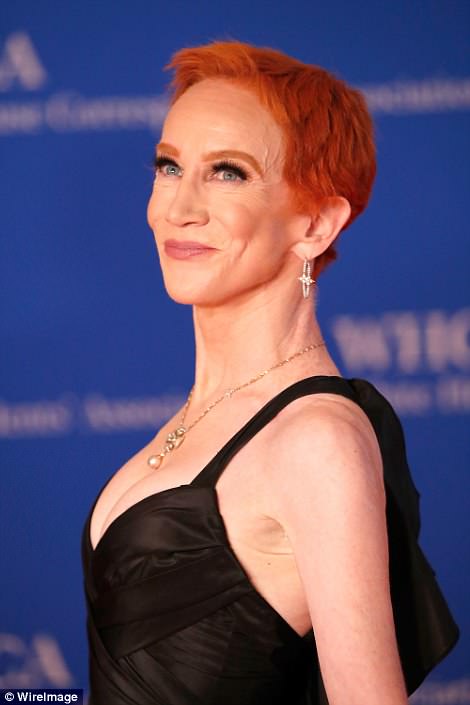 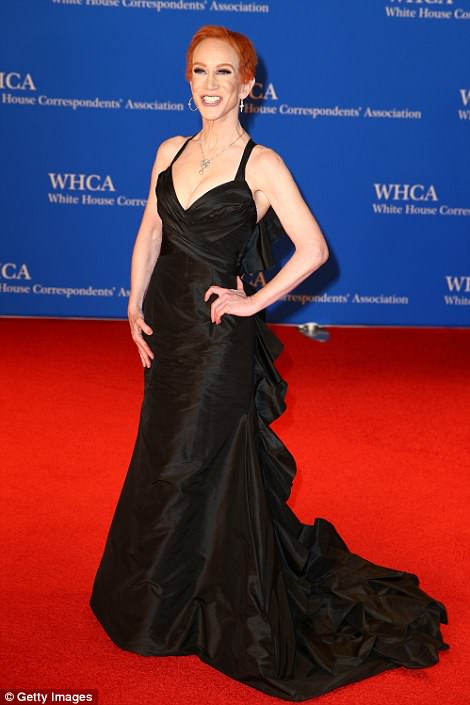 ‘The president encouraged his staff to attend and so we did, we felt like it was important,’ said White House Press Secretary Sarah Huckabee Sanders in a red carpet interview with CNN. ‘It’s gonna be a great night both here and in Michigan.’

As Sanders spoke next to Counselor to the President Kellyanne Conway, Stormy Daniels’ lawyer Michael Avenatti photobombed the pair, lurking over Conway’s shoulder with a grin.

Trump’s former chief of staff Reince Priebus gave his own CNN interview on the red carpet, predicting the president might even attend next year’s dinner.

‘I think there might be a little bit of a thaw occurring in the West Wing and maybe next year the President’s going to be here,’ said Priebus. 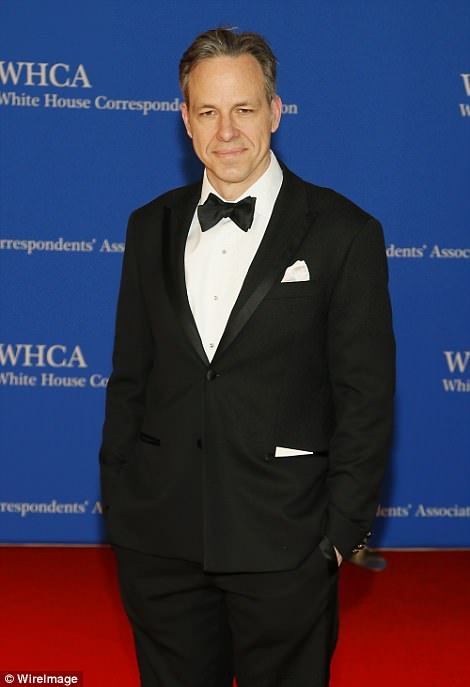 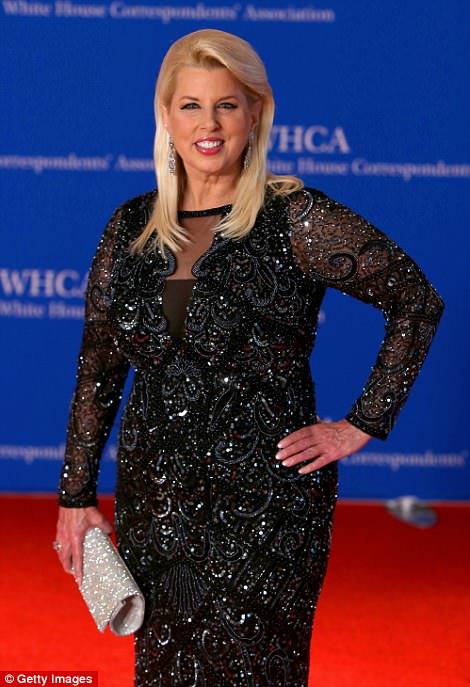 The Washington dinner known as ‘nerd prom’, which once attracted Oscar winners and buzzed-about stars, comes as Trump routinely slams reporters as dishonest and their work as ‘fake news.’

Comedian Michelle Wolf, best known from her work on the Daily Show, is on tap to deliver the keynote speech that is usually a roast of the president and the press.

‘I like making fun of people to their face … more than behind their backs, so it would have been more fun’ if Trump were in the audience, Wolf told CBS’ ‘This Morning Saturday.’

‘None of my jokes changed. It’s just nicer to make fun of them when they’re there. I think it’s cowardly not to go.’ 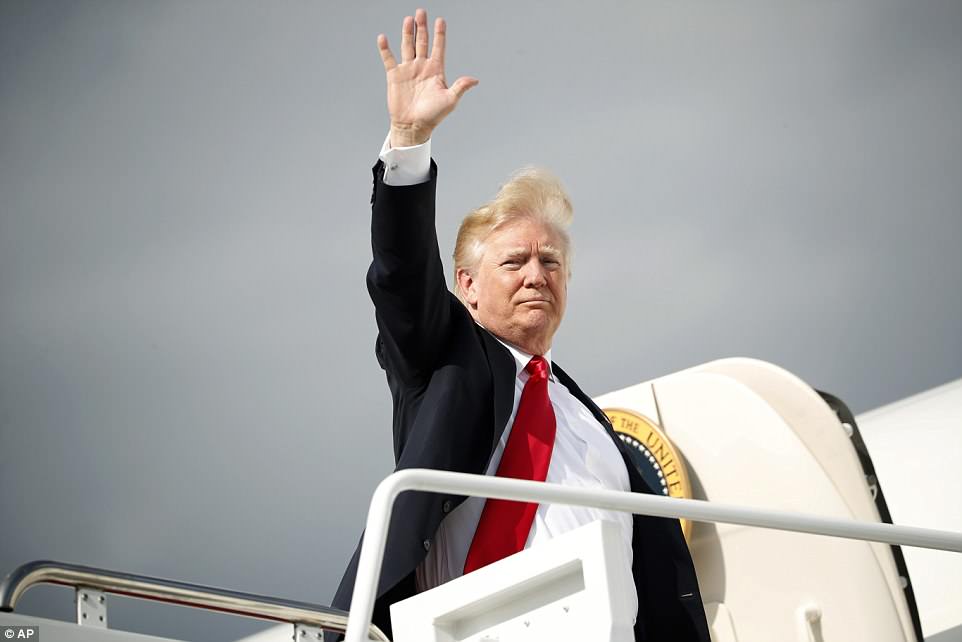 President Donald Trump boards Air Force One on Saturday night headed for a rally in Michigan. It is the second year in a row he has declined to attend the WHCA dinner

Trump posted on Facebook this past week that he would hold a Saturday evening rally in Michigan with his ‘favorite deplorables’ – a term that Democrat Hillary Clinton used in 2016 to describe some of Trump’s campaign supporters.

Trump’s aides skipped last year’s dinner, when some accompanied Trump to a rally in Pennsylvania where he celebrated his 100th day in office. This year, however, even with Trump out of town, many White House aides were expected to hobnob with the journalists who cover them.

In 2017, Trump became the first president to skip the event since Ronald Reagan in 1981; Reagan was recovering from an assassination attempt.