President Donald Trump has no plans on firing special counsel Robert Mueller – even though he’s been attacking the politician in a series of tweets over the weekend.

White House lawyer Ty Cobb released a statement dismissing the rumor after Trump went on a Twitter tirade against Mueller and his team, who are investing possible collusion between Trump’s campaign and Russia.

‘In response to media speculation and related questions being posed to the Administration, the White House yet again confirms that the President is not considering or discussing the firing of the Special Counsel, Robert Mueller,’ Cobb said. 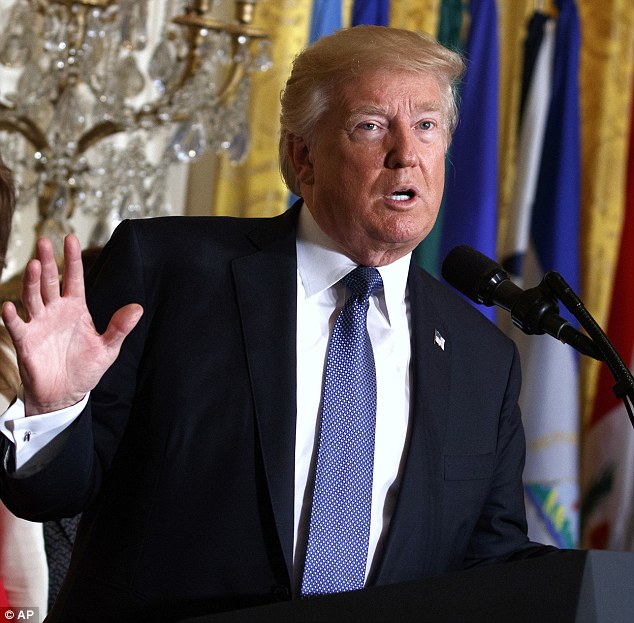 Trump (pictured) went on a Twitter rant over the weekend slamming Mueller and his team, calling the Russian probe an ‘unfair witch hunt’ 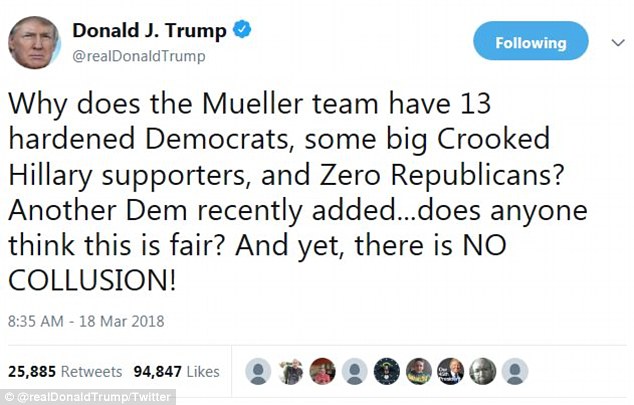 On Saturday and Sunday, Trump posted several tweets criticizing the Russian probe into possible collusion between the 2016 election and Russia

Rumblings that Trump was going to hand Mueller the pink slip came after the president lashed out at the special counsel in a series of tweets over the weekend.

‘Why does the Mueller team have 13 hardened Democrats, some big Crooked Hillary supporters, and Zero Republicans? Another Dem recently added..does anything think this is fair? And yet, there is NO COLLUSION!’ he tweeted Sunday.

In a post on Saturday, Trump fumed: ‘The Mueller probe should never have been started in that there was no collusion and there was no crime. It was based on fraudulent activities and a Fake Dossier paid for by Crooked Hillary and the DNC, and improperly used in FISA Court for surveillance of my campaign. WITCH HUNT!’

‘As the House Intelligence Committee has concluded, there was no collusion between Russia and the Trump campaign. As many are now finding out, however, there was tremendous leaking, lying and corruption at the highest levels of the FBI, Justice & State,’ he posted, adding the hashtag ‘drain the swamp’.

Comey was fired last May, and McCabe was booted Friday just two days before his scheduled retirement date.

‘Andrew McCabe FIRED, a great day for the hard working men and women of the FBI – a great day for Democracy,’ Trump wrote on Twitter. ‘Sanctimonious James Comey was his boss and made McCabe look like a choirboy. He knew all about the lies and corruption going on at the highest levels of the FBI!’ 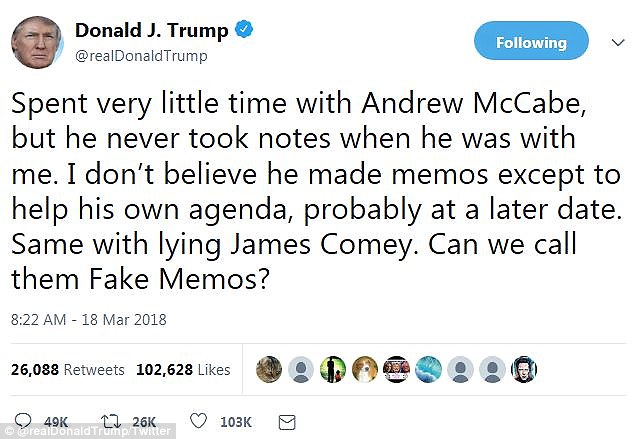 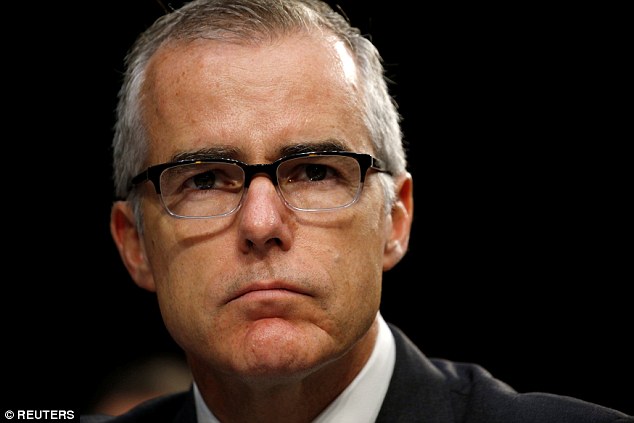 He added in another tweet: ‘Spent very little time with Andrew McCabe, but he never took notes when he was with me. I don’t believe he made memos except to help his own agenda, probably at a later date. Same with lying James Comey. Can we call them Fake Memos?’

McCabe has been a frequent target of Trump’s anger and criticism after McCabe’s memos were handed over to Mueller.

‘We will not be responding to each childish, defamatory, disgusting & false tweet by the President. The whole truth will come out in due course. But the tweets confirm that he has corrupted the entire process that led to Mr McCabe’s termination and has rendered it illegitimate,’ he tweeted.