The White House has flatly dismissed an effort by a bipartisan group of a half-dozen senators to reconcile competing immigration proposals, calling it ‘dead on arrival’ because it doesn’t go far enough.

The so-called ‘Gang of Six’ is led by Republicans Lindsey Graham and Jeff Flake, and Democrat Dick Durbin. All three are frequent Trump critics and have felt the sting of his public criticism.

White House press secretary Sarah Sanders said Tuesday that the contours of their as-yet-unseen proposal show that it would fail to meet President Donald Trump’s ‘benchmarks,’ which include ‘serious border security, an end to chain migration, the cancellation of the outdated and unsafe visa lottery program, and a permanent solution to DACA.’

Their proposal ‘would not secure our border, encourage more illegal immigration, increase chain migration and retain the visa lottery system. In short, it’s totally unacceptable to the president and should be declared dead on arrival,’ she said.

Dead on arrival: White House press secretary Sarah Sanders said Tuesday that an immigration proposal being crafted by a bipartisan group of six senators won’t get any support from President Donald Trump

Senate Majority Leader Mitch McConnell and Minority Leader Chuck Schumer agreed to end a three-day government shutdown based on the promise of action on DACA by February 8.

DACA, the Obama-era Deferred Action for Childhood Arrivals program, protects hundreds of thousands of illegal immigrants from deportation because they were brought to the United States as minors.

Trump announced in September that he would end that system in six months, a promise that will ripen on March 5 – creating a deadline that the White House is using as leverage to get its other priorities passed into law.

Sanders denied on Tuesday that Trump is using DACA as a bargaining chip. 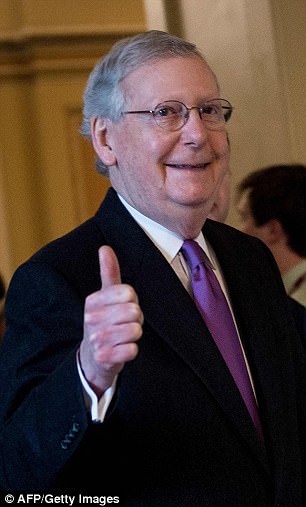 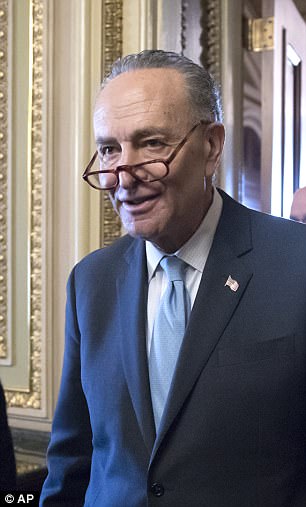 ‘Not at all,’ she said, ‘but you can’t fix the problem if you just tinker with immigration in a small way.’

She argued that combining a DACA fix with a move to strengthen border security would prevent the arrival of additional waves of underage illegal immigrants who might create a new DACA crisis in the years to come.

‘The president is willing to sign something to find a permanent solution,’ she said, while placing the responsibility for crafting it on Congress.

The Gang of Six are thought to be crafting a bill that would give Trump funding for his wall – but only slightly decrease the number of people who can legally enter the U.S. each year.

In exchange, they want a substantial increase in the number of current immigrants – both legal and illegal – who qualify for permanent residency.

Among the beneficiaries would be the DACA population, along with their siblings and parents. 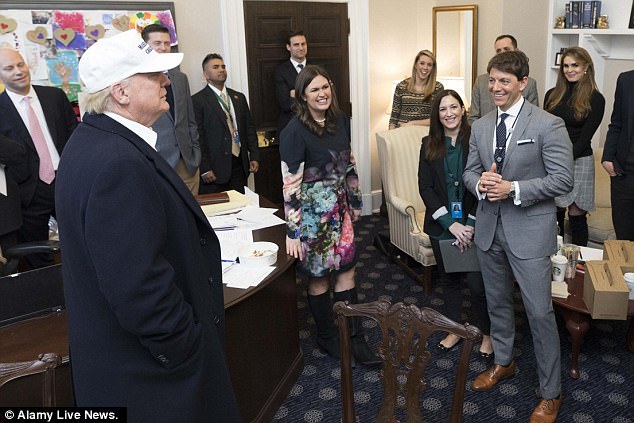 White House deputy press secretary Hogan Gidley (right) panned the immigration proposal being crafted by Durbin, Flake and Graham, saying it’s ‘not a serious solution to protect the American people but a giant step in the wrong direction’

White House deputy press secretary Hogan Gidley said Monday that the Flake-Graham-Durbin package ‘is not a serious solution to protect the American people but a giant step in the wrong direction.’

‘The bill also maintains the visa lottery as another backdoor amnesty,’ said Gidley. ‘It puts people who are in this country unlawfully ahead of our own American citizens.’