Covid cases are starting to slightly rise once again in parts of the U.S. after nearly three months of declines coming off of the massive winter Omicron surge. Many officials, even those that have been extremely cautious throughout the pandemic, are not worried, though, as hospitalizations and deaths remain low.

Dr Ashish Jha, the White House Coronavirus Response Coordinator who also served as dean of the Brown University School of Public Health, told NBC’s TODAY and MSNBC’s Morning Joe on Monday morning that despite recent case rises in more than half of U.S. states, Americans do not have reason to be ‘excessively concerned’ about the current pandemic situation.

According to most recent data, daily Covid cases have increased over the past two weeks in 26 U.S. states. Cases are increasing nationwide as well, with data from Friday, April 8, reporting an average of 36,204 daily infections – a 25 percent jump from the previous week.

Raw case figures are not particularly high, though, and Jha also says that hospitalizations are at their lowest point during the pandemic so far. 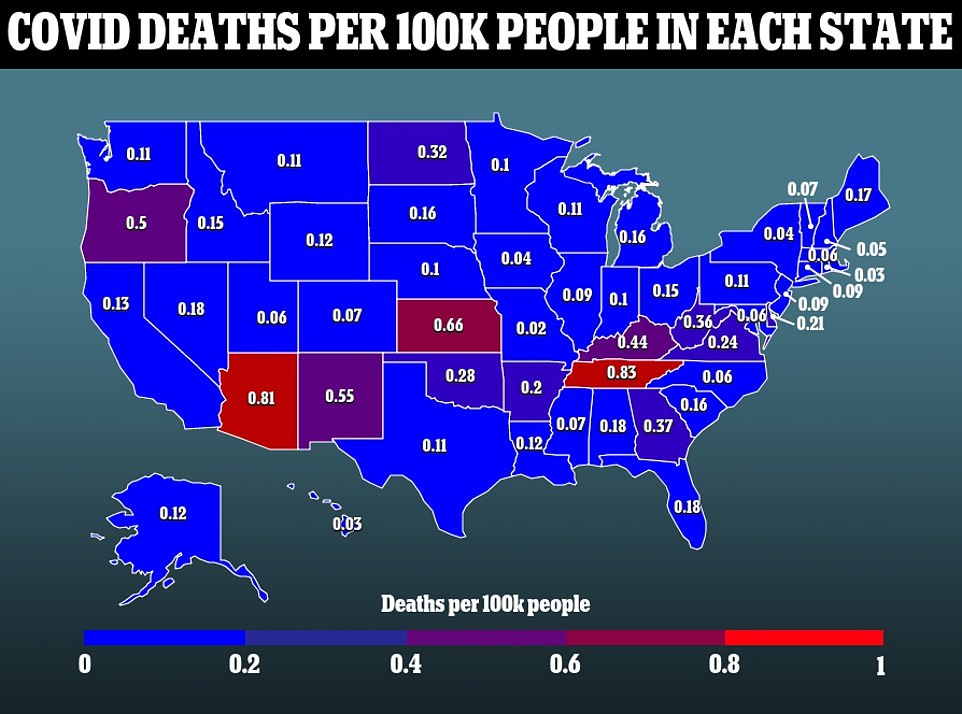 Jha points to the BA.2 ‘stealth’ variant as responsible for the recent increase in cases. 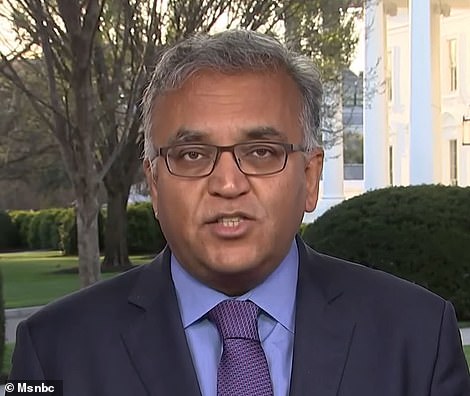 Dr Ashish Jha, the White House Coronavirus Response Coordinator, said that he is not very concerned with America’s current Covid situation despite cases rising in more than half of states

‘It is incredibly contagious, even more contagious than the original subvariant of Omicron, and it caused a substantial spike in cases in Europe,’ he said to Morning Joe, referring to case spikes suffered by the UK, Denmark and other European nations upon the sub-variant’s discovery earlier this year.

The stealth variant is causing slight case upticks across America, though the case rises have not been anywhere near as dramatic as the ones seen nationwide when the Omicron variant first arrived in late December and early January.

New York is suffering the largest increase, with cases up 60 percent over the past two weeks in the empire state. Mississippi (57 percent jump in infections over past two weeks), Kansas (41 percent) and Oregon (40 percent) have experienced sharp increases as well.

The strain earned the ‘stealth’ moniker from its ability to avoid some types of virus surveillance practices, and it is believed to only be detectable by genomic sequencing.

The Centers for Disease Control and Prevention (CDC) reported last week that the strain now makes up 72 percent of sequenced Covid cases in the U.S. – overtaking the BA.1 strain that dominated much of the winter. 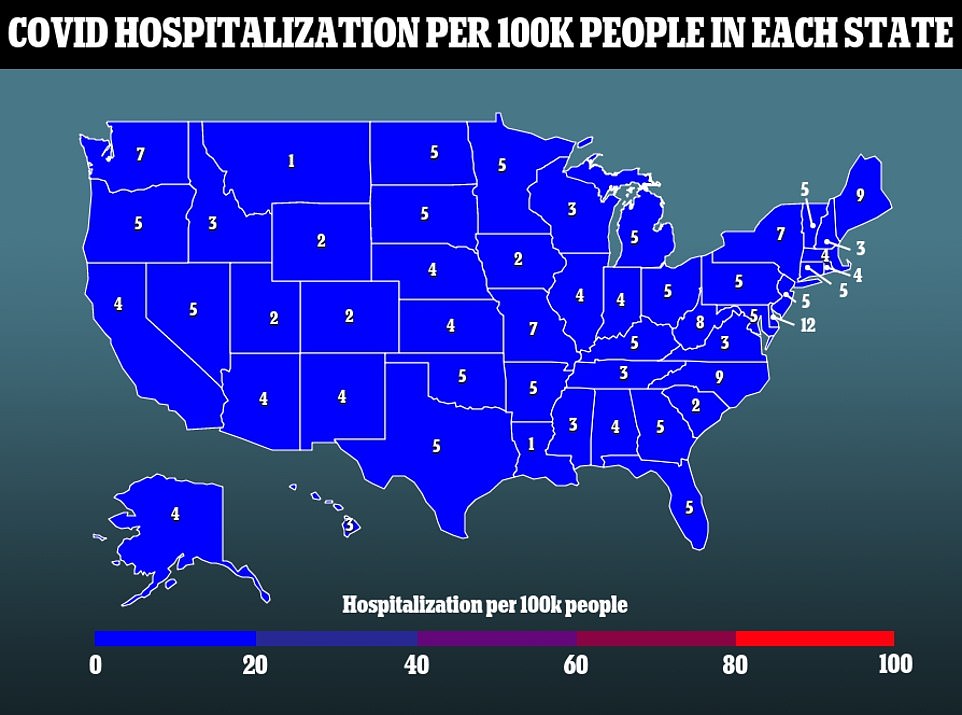 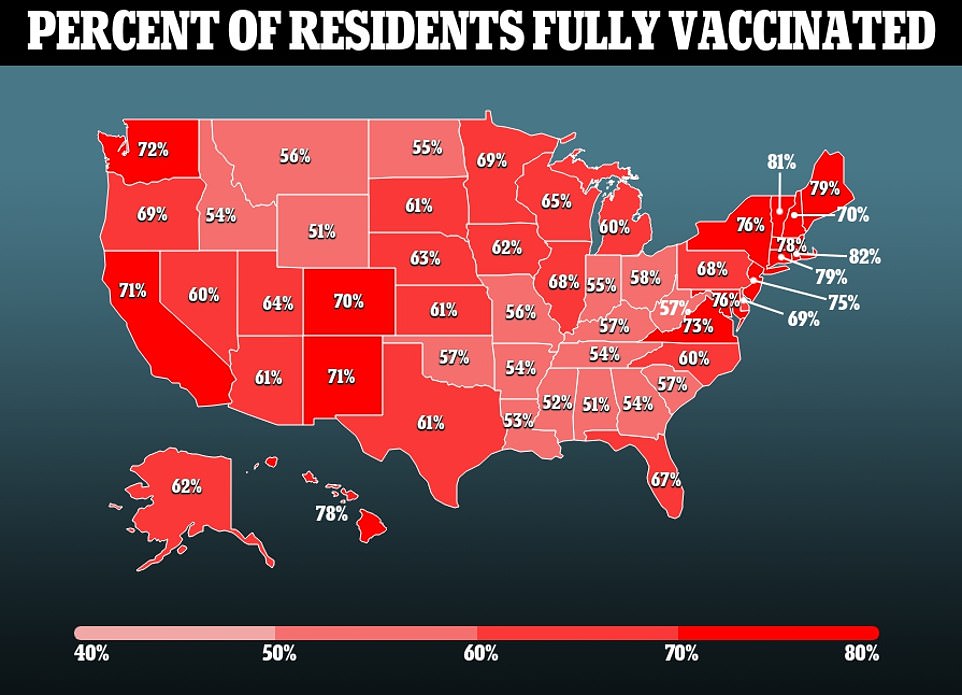 Like it’s predecessor, the strain is more mild than other versions of the virus. It causes hospitalization and death at a much lower rate than other variants.

‘The thing that we care most about, people getting really sick, hospitalizations, deaths, they remain really low. We have fewer people in the hospital right now than at any point in the pandemic,’ Jha said.

According to most recently available data, 15,058 Americans are in the hospital with Covid every day, an 18 percent drop over the past two weeks. Many of these people may not have a severe case of the virus, as the figure also includes people who are hospitalized for another condition and test positive for the virus while present.

Deaths are down as well, with the nation recording 551 daily Covid deaths as of Friday, with last week being the least deadly for the virus since August 2021.

Because of this, Jha is not particularly concerned about America’s current Covid situation.

‘I don’t think this is a moment where we have to be excessively concerned,’ he told TODAY.

‘…We should not let this infection run wild, we should watch it carefully and keep it under control. At the same time we don’t have to let it dictate our lives anymore.’

He is not the only major U.S. official to show less concern for Covid in recent days. Dr Anthony Fauci, America’s top infectious disease expert, said over the weekend that the virus will never be ‘eradicated’, but instead people will have to decide from themselves how much risk they want to take living alongside it day-to-day. 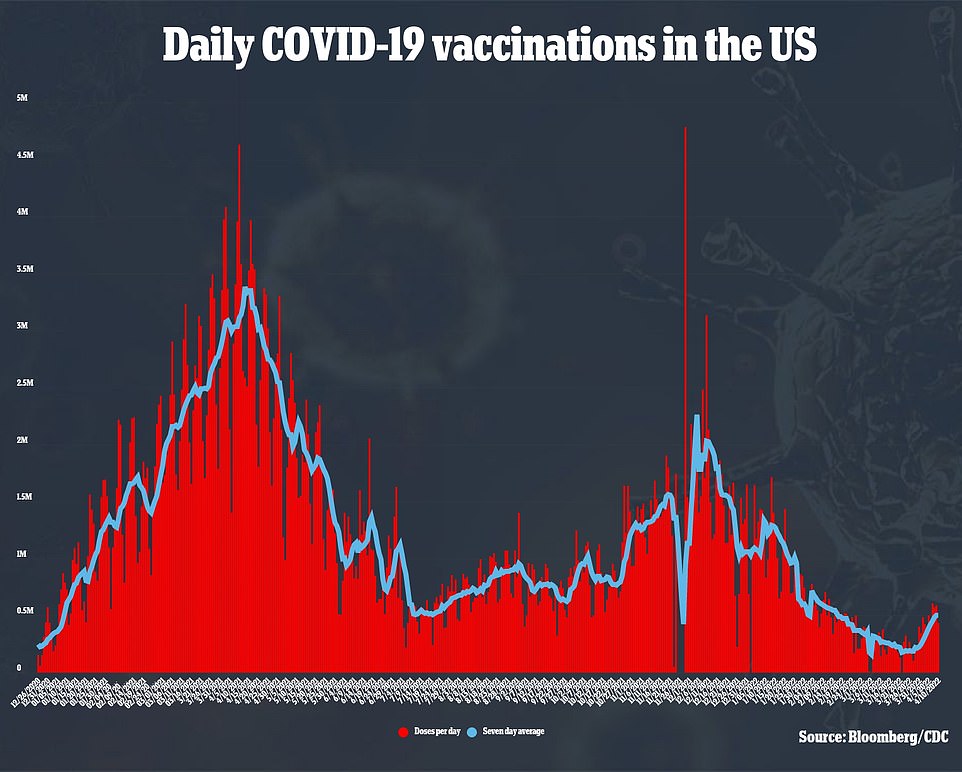 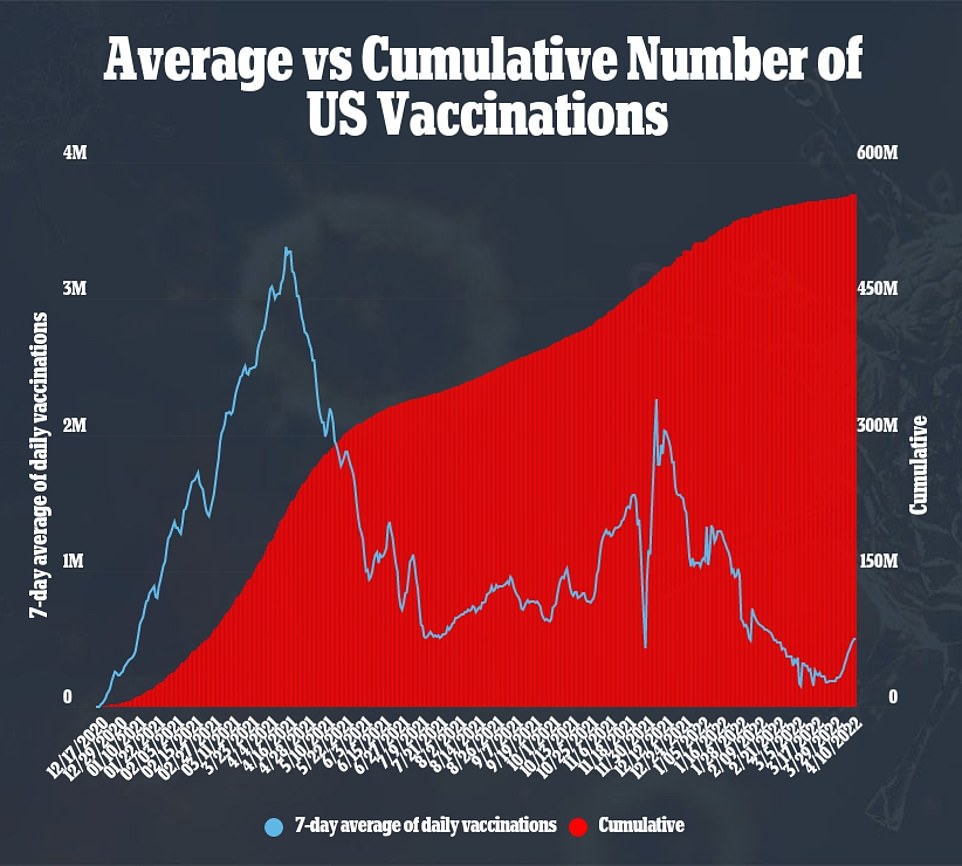 ‘There will be – and we’ve said this many times even in our own discussions between you and I, that there will be a level of infection,’ Fauci told ABC’s This Week on Sunday.

Officials are still recommending Americans to get the Covid vaccines as soon as they can if they have not already, as the jabs are mostly responsible for the declining hospitalizations and deaths in the country.

Per most recent data from the CDC, 89 percent of American adults have received at least one shot of the COVID-19 vaccine, with 75 percent fully vaccinated. Nearly half of adults have received an additional booster shot, and a second booster dose became available to those 50 and older earlier this month.

‘There are still a lot of Americans that are not yet vaccinated or boosted, and when they get [infected] the consequences are still quite substantial,’ Jha said.