The White House says that President Trump was right to fire his former FBI director, James Comey, regardless of bad optics.

Former White House strategist Steve Bannon claimed in a CBS interview that aired Sunday evening that the president committed a monumental political misstep when he sacked the law enforcement official.

White House Press Secretary Sarah Sanders said this afternoon that Trump continues to believe that he made the correct decision.

‘On the Comey firing, I think that we’ve been pretty clear what our position is, and certainly, I think that it has been shown that in the days that followed that the president was right in firing Director Comey,’ she said. 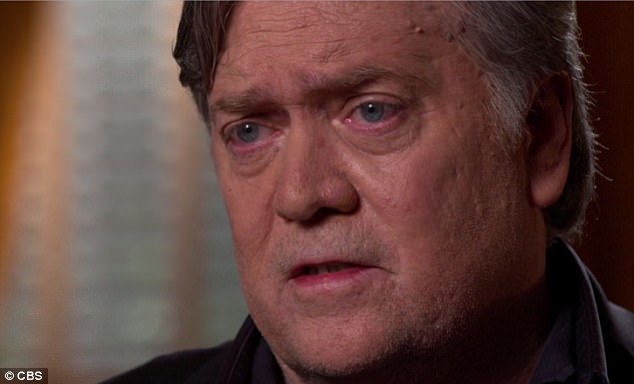 Former White House Chief Strategist Steve Bannon sat down for an extended interview with 60 Minutes, which aired in full Sunday night. Among his claims: the president’s dismissal of James Comey was the biggest mistake in modern political history 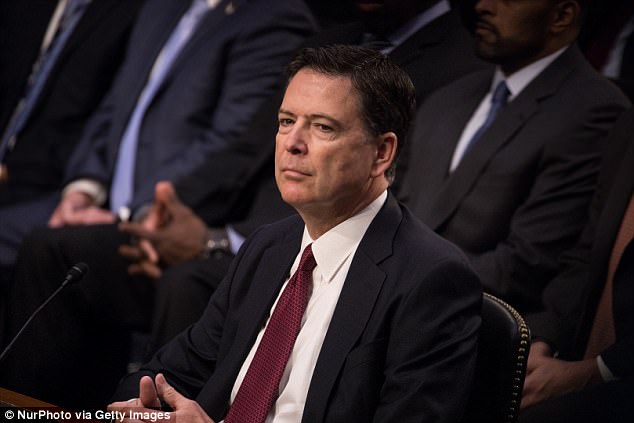 Comments Bannon made about James Comey’s dismissal, Senate Majority Leader Mitch McConnell and illegal immigrants who came to the U.S. as children came up one after another, leading Sanders to offer a reporter who promised to ask about something else two questions.

She joked at another point that she was getting more questions on the bombastic media executive and filmmaker now that he’s out of the administration and back at Breitbart News than she ever did when he worked in the West Wing.

‘The press team will be here, and we’re happy to answer any questions, particularly if you have anything beyond Steve Bannon, we’d be even more than happy to answer,’ she said after 10 minutes of questioning as she called an end to the session.

Bannon stirred controversy Sunday when he argued in the CBS News interview that president likely made one of the biggest mistakes in ‘modern political history’ when he fired his FBI director.

The law enforcement official’s sacking inspired the Department of Justice to appoint a special counsel who’s reportedly expanded a Russia investigation to include a review of Trump’s decision, he pointed out.

Sanders rejected Bannon’s position on Monday during her daily briefing. The Trump spokeswoman said that information that’s surfaced since Comey departed has only served to justify his canning.

‘Giving false testimony, leaking privileged information to journalists, he went outside of the chain of command, and politicized an investigation into a presidential candidate,’ she said. ‘I think the president’s been very clear about his position on that front.’

Trump appointed and the Senate confirmed current FBI Director Christopher Wray for a 10-year term after Comey exited the administration.

‘He’s very pleased with the new direction and has full confidence in [Wray] to fully restore and lead the FBI,’ Sanders said.

Top Trump aide Kellyanne Conway had given Bannon a brush back earlier on Monday following the broadcast of his explosive interview with 60 Minutes.

‘Steve speaks for himself,’ Conway told DailyMail.com and other reporters at the White House after she was asked about his Comey comments.

‘And he I know gave a very wide-ranging interview to 60 Minutes. I really, we haven’t had time to discuss it here to be frank with you just because of the hurricane and 9/11 remembrances,’ she claimed.

Bannon said in the interview with CBS that  charges of Russian collusion against the president are a ‘farce.’ He admitted, though, that Trump’s firing of Comey while his campaign was under federal investigation was not helpful to the embattled president.

Asked by CBS’ Charlie Rose about a comment he is said to have made about the Comey debacle, having reportedly called it ‘the biggest mistake in political history,’ Bannon said, ‘That probably would be too bombastic even for me, but maybe modern political history.’

To that Sanders told reporters Monday, ‘The President is committed to working with Congress to get some big things done. We’ve got a very big agenda. The President wants to work with all members of Congress. Obviously that includes Republican leadership, as well as Democrats.’

She declined to give McConnell and Ryan a vote of no confidence – for now.

‘Right now, the President is committed to working with the leadership we have and nothing beyond that, at this point,’ she stated.

Dreamers – illegal immigrants who arrived in the U.S. when they were children – should ‘self deport’ once their status under DACA, the Deferred Action for Childhood Arrivals program, expires, Bannon had said.

‘As the work permits run out they self deport,’ Bannon told Rose in the interview that aired on Sunday night. ‘I think what we have to do is focus on the American citizens,’ the ex-Trump aide urged. 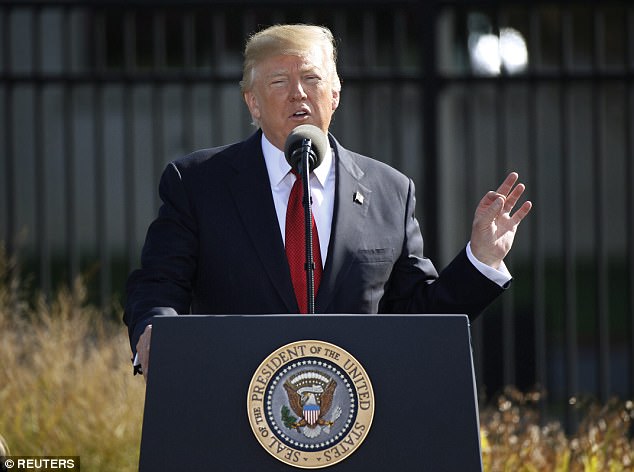 Conway said the White House hadn’t really discussed the Bannon interview yet, to be ‘frank with you, just because of the hurricane and 9/11 remembrances.’ President Trump is seen above at one of those ceremonies today at the Pentagon

Bannon, a conservative who’s been accused by his political opponents of harboring white nationalist values, was among the members of Trump’s inner White House circle who wanted to get rid of DACA.

The program instituted by former President Barack Obama is unconstitutional, the Trump administration says, because the Democrat went around Congress to enact it.

Trump has given the Dreamers a six-month reprieve while Congress considers immigration reforms that would make DACA legal. After March, the Department of Homeland Security will start turning eligible participants away.

Or so Trump has said. The president’s mixed messaging on DACA has caused a wave of confusion over what will really happen in March if Congress hasn’t acted.

‘Congress now has six months to legalize DACA (something the Obama Administration was unable to do). If they can’t, I will revisit this issue!’ Trump tweeted on Sept. 5. 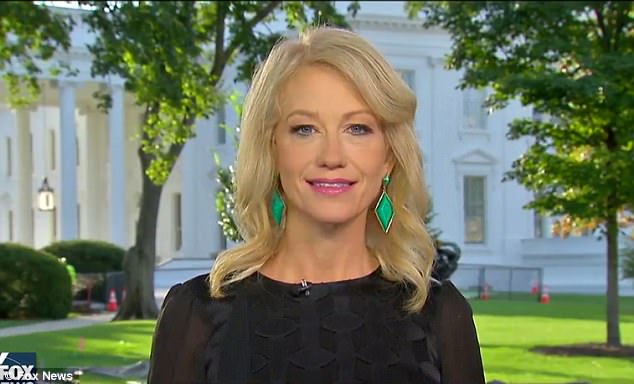 ‘Steve speaks for himself,’ Kellyanne Conway, counselor to the president, told DailyMail.com and other reporters at the White House

DACA protectorates will be able to live and work in the U.S. legally until their paperwork runs out, which, for some, could be as long as two years. Then, they could be deported if they have a run in with the law, the current guidance indicates.

The president and his administration have said that Dreamers and other illegal immigrants who are otherwise abiding by the law are not an enforcement priority. It’s the gang members and violent criminals the federal government really wants out.

Sanders sidestepped a question posed by DailyMail.com about the White House’s position on self deportation during her press briefing.

‘The administration has been clear what our position is. We’re hoping that Congress will step up and do their job and fix this problem and implement responsible immigration reform, and addressing that problem would be part of it,’ she said, ducking a query about the probability that Dreamers would leave the country voluntarily.

Conway told reporters this morning that the White House’s position on Dreamers remains the same in response to a similar question from DailyMail.com about the president’s position on self deportation and the reality that it would actually happen.

‘The president has said that he’ll make further comment on DACA if Congress doesn’t act. He’s, he made his decision very clear last week, with his attorney general and Department of Homeland Security in the lead,’ she replied. ‘Congress has six months to act. They’ve had seven months this year, so we’re adding six, that’d be more than a year.’