The White House declined to say on Thursday whether or not some of the soon-to-be-released John F. Kennedy assassination documents could shed light on a conspiracy theory involving the father of Texas Republican Sen. Ted Cruz.

‘We’re not going to comment on the content of the files,’ a White House official told CNN reporter Jim Acosta, who asked during a conference call for journalists whether Rafael Cruz would figure in the long-awaited release.

The official conducting the call was not a subject matter expert, but a White House communications aide. It’s unclear if she would have been aware of what the National Archives documents on the 1963 assassination contain.

A National Enquirer story printed the above photo and claimed the man circled is Rafael Cruz, father of Texas Republican Sen. Ted Cruz. The man on the far right is Lee Harvey Oswald, seen distributing propaganda about Fidel Castro’s communist regime in New Orleans in 1963 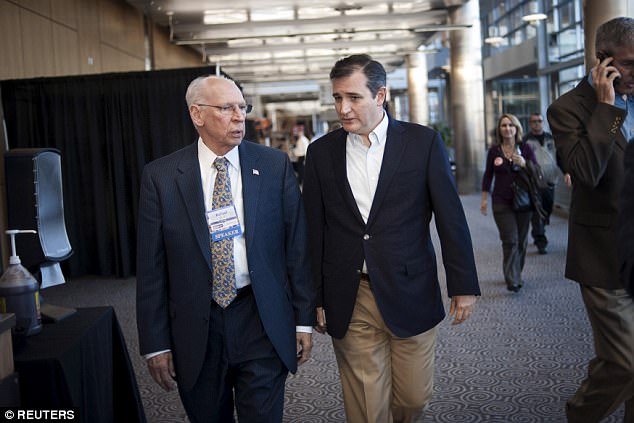 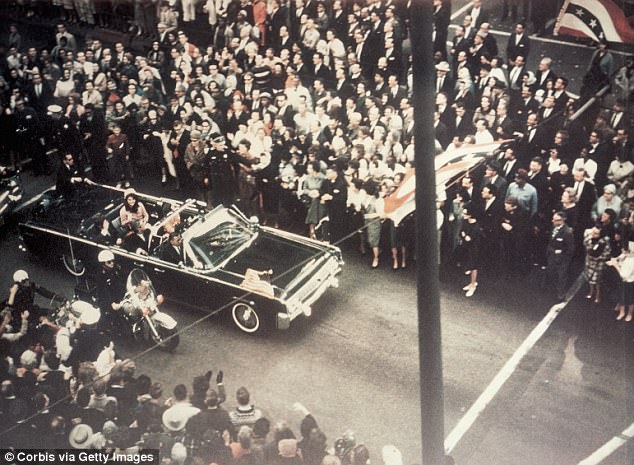 President John F. Kennedy was killed by an assassin’s bullet on November 22, 1963 as he rode through the streets of Dallas, Texas

The story featured a hazy photograph that it claimed might show Rafael Cruz standing next to JFK assassin Lee Harvey Oswald.

‘His father was with Lee Harvey Oswald prior to Oswald’s being – you know, shot. I mean, the whole thing is ridiculous,’ Trump told Fox News at the time.

‘What is this, right prior to his being shot, and nobody even brings it up. They don’t even talk about that. That was reported, and nobody talks about it,’ Trump said.

The senator, who was Trump’s GOP rival for the presidential nomination at the time, blasted Trump’s claims in a press conference.

‘Donald Trump alleges that my dad was involved in assassinating JFK!’ Cruz exclaimed. ‘Now let’s be clear: This is nuts. This is not a reasonable position.’

‘This is just kooky,’ the younger Cruz added.

‘And while I’m at it, I should go ahead and admit yes, my dad killed JFK, he is secretly Elvis and Jimmy Hoffa is buried in his backyard.’ 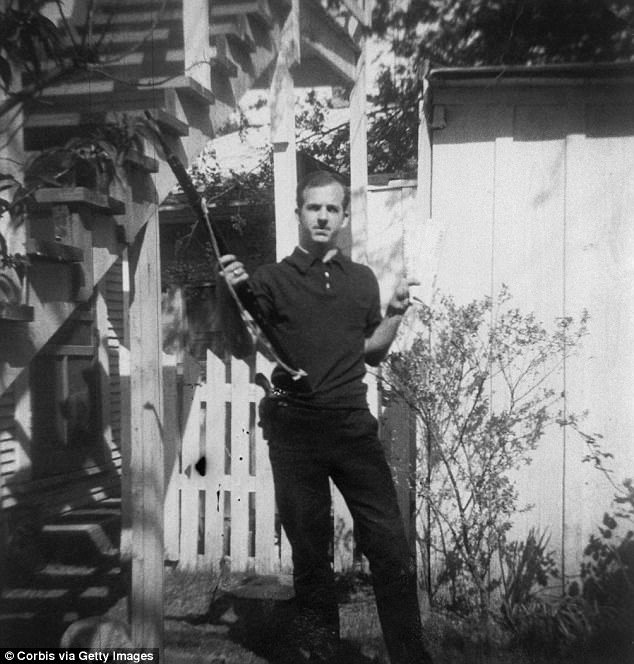 Lee Harvey Oswald is shown holding a Mannlicher-Carcano rifle in a backyard photo seen by members of the John F. Kennedy assassination investigation

Cruz’s communications director told the Miami Herald that the Enquirer piece was a ‘garbage story in a tabloid full of garbage. The story is false; that is not Rafael in the picture.’

But Trump never let up.

The day after he accepted the GOP presidential nomination in Cleveland, Ohio, Trump gave Cruz one parting shot – following a raucous Republican National Convention that saw Cruz refusing to outright endorse him.

‘I don’t know his father. I met him one. I think he’s a lovely guy,’ Trump said in Cleveland. ‘All I did is point out the fact that on the cover of the National Enquirer there’s a picture of him and crazy lee Harvey Oswald having breakfast.’ 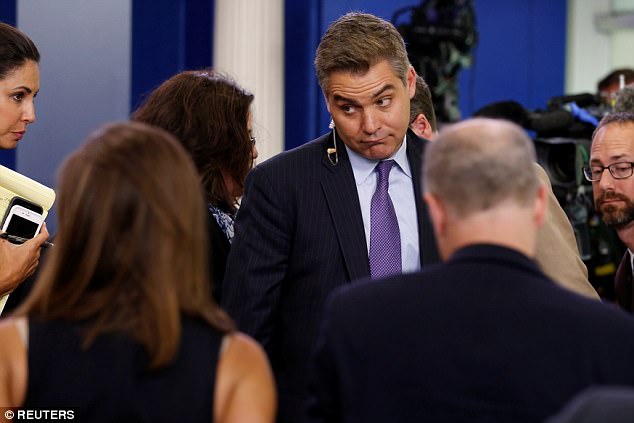 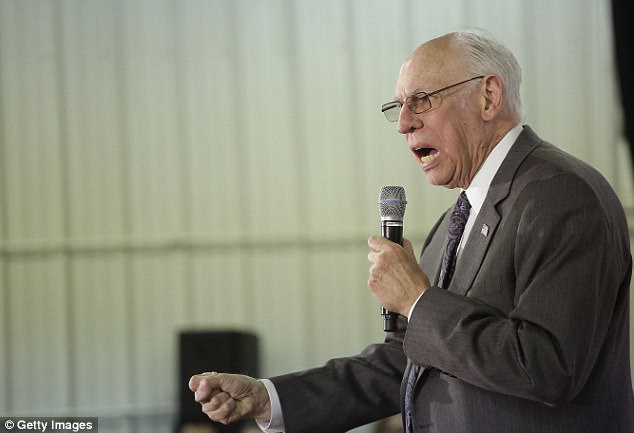 Rafael Cruz, 78, is a Cuban-American preacher and has never been definitively linked to Lee Harvey Oswald or the JFK assassination

‘They’re not saying, “Oh, that wasn’t really not my father.” It’s a little hard to do, because it looks like him.

If the National Archives’ JFK assassination documents were to establish a Rafael Cruz link with Oswald, the connection will likely be buried by intelligence officials.

President Trump issued an order Thursday evening allowing the CIA, FBI and other agencies to redact – black out – some sensitive materials before releasing the pages where they appear.

The White House says it will decide within six months which redaction requests are legitimate and which should be overruled.