A New Zealand woman’s face tattoo sparked a furious backlash this week because of her lack of Maori heritage.

Life coach Sally Anderson was pictured on her website sporting the traditional ‘moko’ facial tattoo on her chin.

But Mrs Anderson, who is white, was accused of culturally appropriating the revered marks for commercial gain.

According to the life coach herself, she says her tattoo is symbolic of her turning a corner in her life after surviving a gang rape as a teenager in the 1980s.

Associate Professor Te Kahautu Maxwell at the University of Waikato told the BBC that the moko had become an important symbol in Maori culture in the 20th century.

‘It’s the Maori deciding to reclaim their heritage and identity,’ says Mr Maxwell.

‘We have to protect the last bastions that we have as Maori to make us different.’

While Mera Lee-Penehira, associate professor at Te Share Wānanga o Awanuiārangi, explained: ‘Maori regard the face or the head as particularly sacred,’ 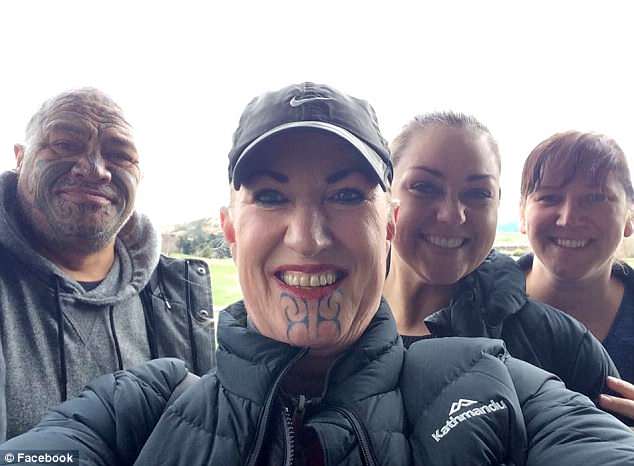 ‘So the carvings that go on the face or head are also particularly sacred.’

Mrs Anderson had her tattoo done several years ago by artist Inia Taylor who said he had ‘strong reservations’ about carrying out the work.

‘But after many calls and discussions I realised that the only reason to denying her would be that of race’.

However, Mr Taylor recently called out Mrs Anderson after realising that she appeared to be using the tattoo to promote her life coaching.

The therapist then removed all references to the markings on her website – although several pictures of her with her moka still remain visible.

Her husband Roger Te Tai, a Maori man who also has a facial moko, came out in defence of his wife after the criticism arguing that she was a ‘pure soul’ who was deserving of the traditional markings.

‘It took me two and a half years to actually accept for her to have it done,’ he said.

‘She’s more Maori than you’ll ever be because her heart is pure always has been, her soul is a pure soul.’ 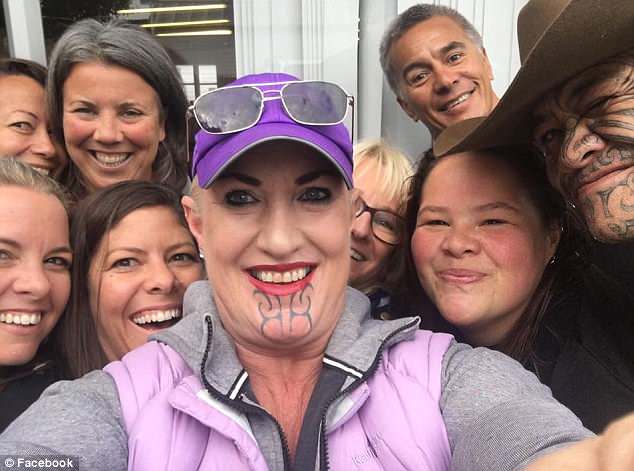