Roughly one in five Americans know someone who is addicted to opioids or painkillers – and white people are twice as likely to have been exposed to the disease as black and Hispanic people, according to a new study.

About 25 percent of white adults reported directly knowing an addict, compared to 12 percent of African Americans and 15 percent of Hispanic Americans, according to the Federal Reserve Board report on the Economic Well-Being of U.S. Households.

While race was a factor, education level and local economic conditions did not have a major impact on whether people were likely have had contact with addicts – local unemployment rates were similar in the neighborhoods of the exposed and unexposed.

The reason opioid addiction is more common among white people remains unclear, though the Federal Reserve considered a possibilities for the overall increased prevalence of the disease.

One of those is the ‘death and despair’ theory, which posits that ‘a longstanding decline in economic opportunities was an important driver of the current opioid epidemic,’ the study said.

Another hypothesis rejects that notion, arguing the problem is more likely due to the overall low-cost and availability of opiates.

The study also found that 56 percent of white people who knew someone with an addiction problem reported a positive outlook on their local economy, compared to 63 percent of those who hadn’t been exposed to the disease.

‘Those who do (know someone with opioid addiction) have somewhat less favorable assessments of economic conditions,’ said Federal Reserve Board Governor Lael Brainard in a statement. ‘Still, over half of adults exposed to opioid addiction say that their local economy is good or excellent, suggesting a role for factors beyond economic conditions in understanding the crisis.’ 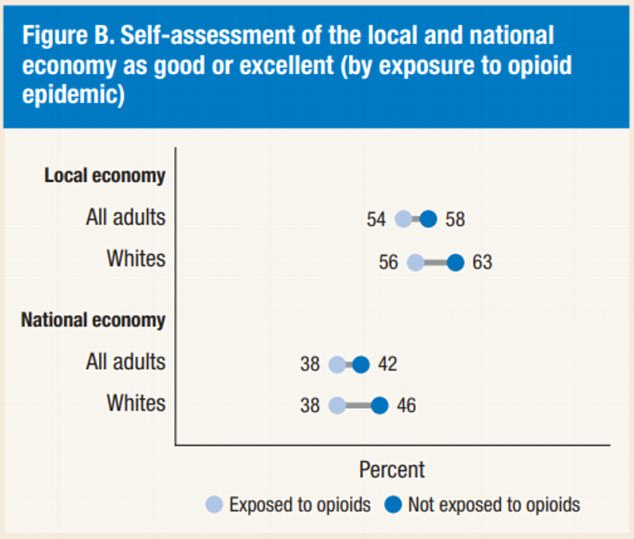 Overdoses on opiates are now the leading cause of death among young Americans, killing more each year than gun violence and car crashes.

They were a factor in 42,249 deaths in 2016, and the prescription opioid death rate was five times higher that year than in 1999, according to the Centers for Disease Control.

The FDA and CDC first issued guidelines on curbing opioid addiction in 2013 – the same year officials have said the epidemic was surging and had emerged as a serious problem.

Prescription painkillers are often a gateway to use of street drugs, with 80 percent heroin users reporting misusing prescribed opioids prior to heroin, according to the U.S. Department of Health and Human Services. 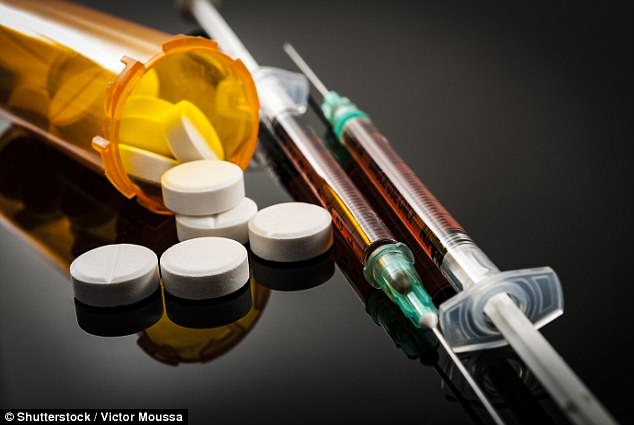 Opioid addiction is more common among white people, with 25 percent of them reporting knowing someone who has the disease, compared to 12 percent of black people and 15 percent of Hispanic people