Whitechapel Underground Station was closed after a man in his 20s was stabbed.

Shocking clips posted on YouTube show terrified commuters fleeing the station in panic as emergency services raced to the scene and evacuated the area.

According to one eyewitness a man on the floor had ‘been attacked’, while seven police cars, an armed unit and dogs were sent to the scene along with a number of ambulances. 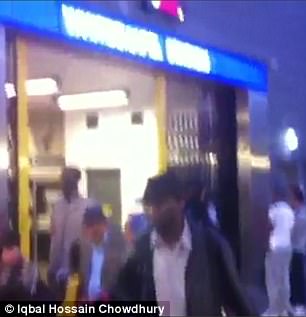 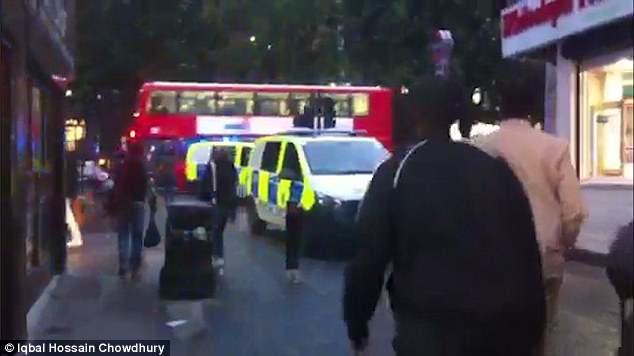 Armed officers went sent to the scene and Whitechapel Road was closed, leading to delays around the area.

Transport for London took to social media to advise members of the public to avoid the area in east London on Sunday evening.

Concerned commuters on Twitter asked what was happening at the station, as TfL responded: ‘Whitechapel station is closed while the Police carry out an investigation’. 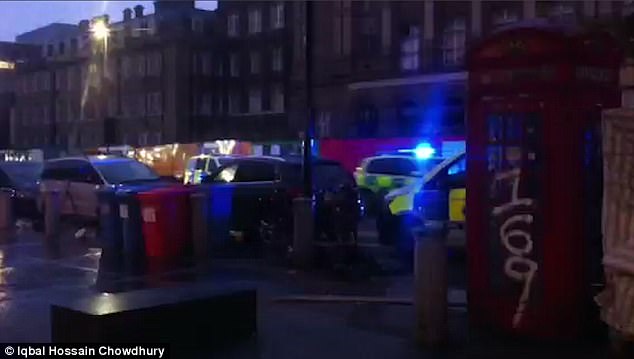 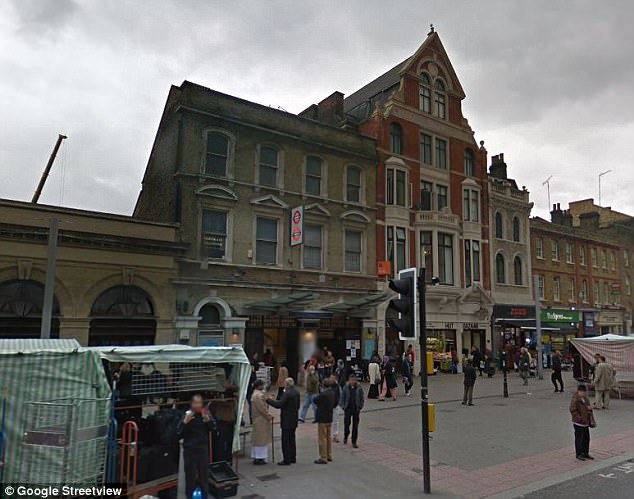 ‘The man – believed aged in his 20s – was taken to an east London hospital for treatment. At this early stage his condition is not thought to be life threatening.

‘Enquiries are underway to establish how and where the man came to sustain his injuries. No arrests; enquiries are ongoing.’