Kanye West  spent $85,000 on a photo of Whitney Houston’s drug-strewn bathroom to use as as Pusha T’s new Daytona album cover.

He continued: ‘To do something for a publicity stunt to sell records, it’s absolutely disgusting,’ adding that ‘it hurt my family and my daughter. It’s petty. It’s tacky.’

Damon said that his daughter found out about the picture and sent it to him: ‘I immediately got sick to my stomach because it took me right back to six years ago.’

In an interview this week rapper Pusha-T revealed Kanye- who co-produced his new Daytona album, decided to switch up the artwork, opting instead for the picture of the late singer’s bathroom. 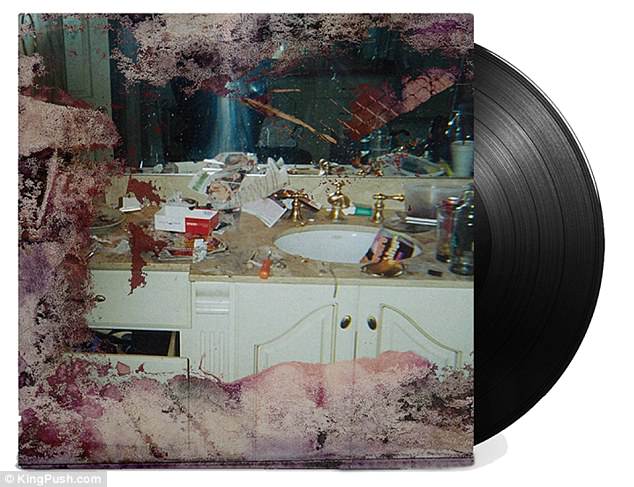 Controversial: This is the image that ended up on Pusha T’s album cover – Whitney’s drug-strewn bathroom taken in 2006 inside her Atlanta mansion

‘”Hey, yeah, I think that we should change the artwork. I like this other artwork.”‘ he recalled Kanye saying.

Pusha explained, ‘Now this other artwork is 85 grand. I said, “Hey, I don’t want to pay for that. And I wasn’t even going to ask you to pay for that. We picked what we picked. It’s here, it’s ready.”‘

Kanye apparently replied ‘No, this what people need to see to go with this music. I’ma pay for that.’ according to Pusha. 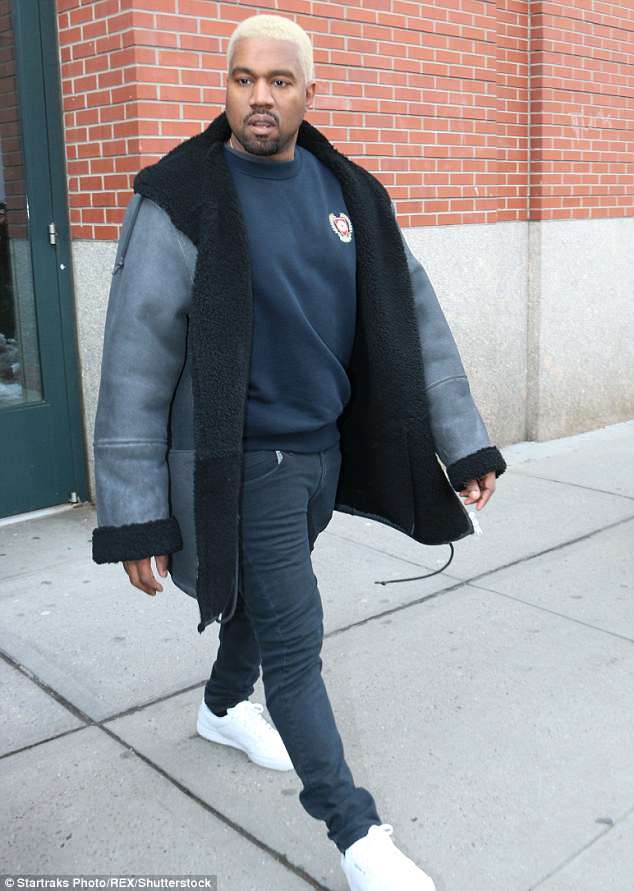 Decisions: Kanye reportedly spent $85,000 on an image of Whitney Houston’s bathroom to use as artwork for Pusha T’s album

‘Ummm, it’s a picture,’ Pusha explained.’It’s a picture. … It’s just a picture that to license it worldwide is 85 grand. I’m not really too, too, too entrenched in the art world like that. I’m just going to let him do that thing. And he’s paying for it.’

The image Kanye bought the rights for, reportedly taken in 2006 inside Whitney’s Atlanta mansion, shows a messy bathroom vanity with drug paraphernalia strewn around the sink.

Whitney was found dead in the bathroom of her Beverly Hilton Hotel room in 2012 aged 48. 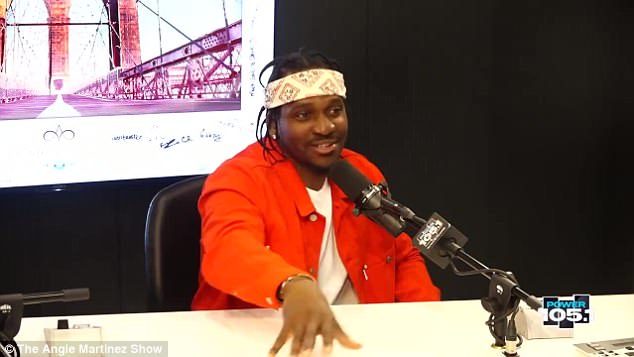 ‘We picked what we picked’: Pusha told Power 105.1 that he was happy with the artwork already chosen for his Daytona album but that Kanye wanted to change it 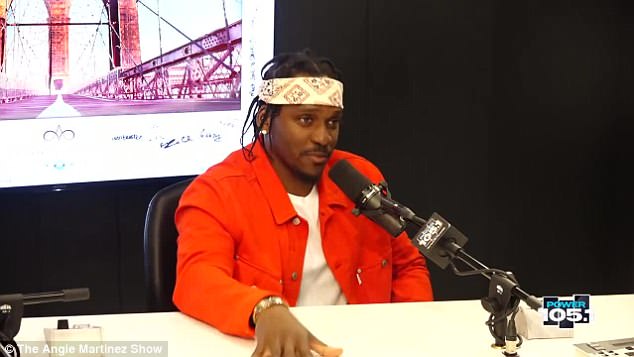 ‘I’m just going to let him do that thing. And he’s paying for it.’ Pusha explained after revealing the amount Kanye paid for the image

Later on Thursday Kanye took to Twitter to unveil Pusha’s album, and proudly showed off the artwork.

‘Daytona is the first project out of Wyoming. I’m really proud of what we put together. We’ve spent a year and a half digging for samples and writing. I really appreciate the overwhelmingly positive response that we’ve been receiving.’ he wrote.

It’s not the first time the Fade hitmaker has come up with a controversial idea for an album cover.

Last month amid his epic Twitter spree the rapper revealed he wanted to use a photo of the doctor who operated on his late mother Donda shortly before she passed away in 2007, for the cover of his upcoming solo album.

Kanye posted a screen shot of a series of text messages including an image of an unrelated mug shot of Dr. Jan Adams along with a message from Kanye to a friend named ‘Wes’.

‘This is my album cover. This is plastic surgeon Jan Adams. The person who performed my moms final surgery. Do you have any title ideas?’ he wrote. 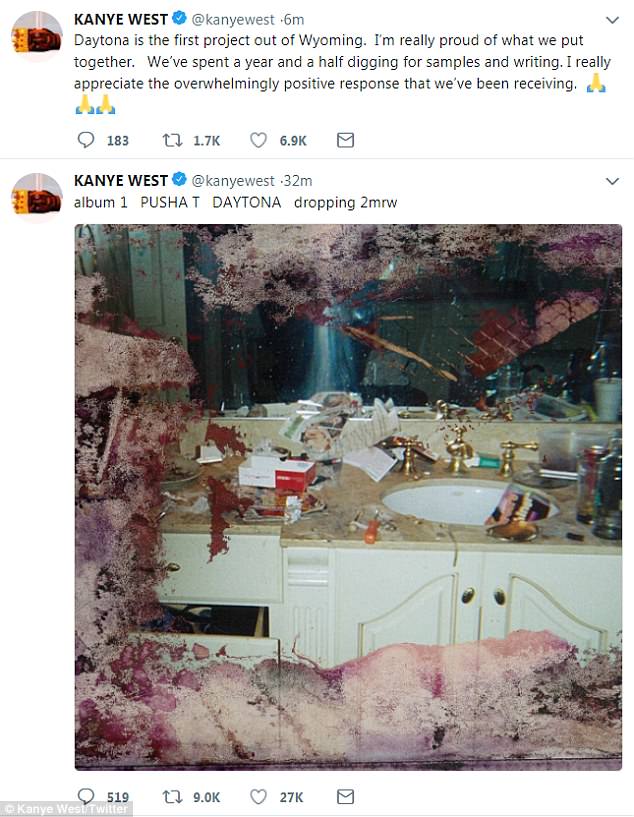 ‘Really proud’: Kanye took to Twitter on Thursday to unveil the project 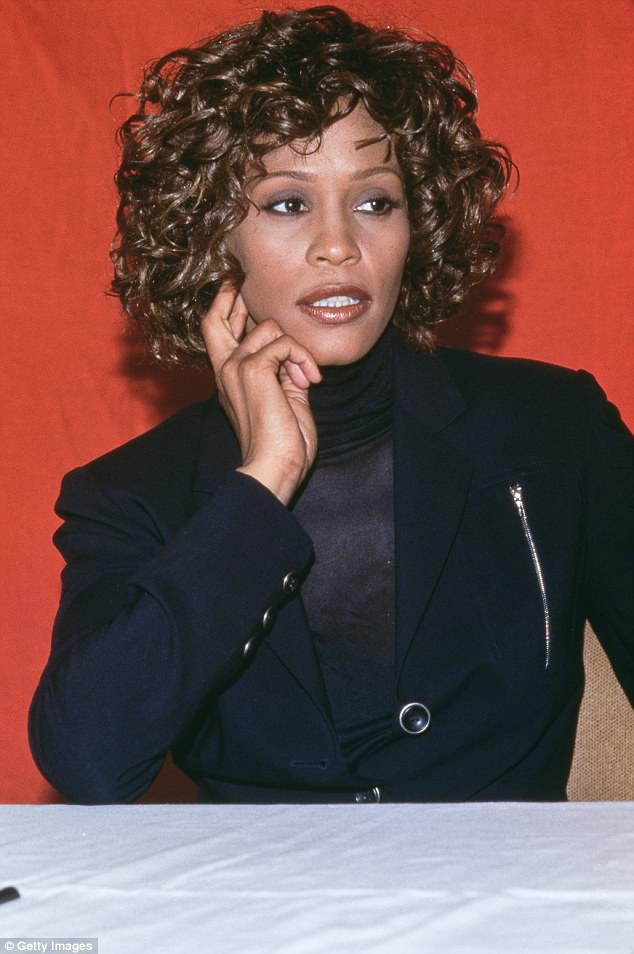 Icon: Whitney was found dead in the bathroom of her Beverly Hills Hotel room in 2012. She is pictured in 1990

‘I want to forgive and stop hating’ he added.

Shortly after the tweets Adams wrote an open letter to Kanye asking him not to use the image.

Kanye has been holed up in Wyoming working on his new solo album as well as new albums from Nas and Teyana Taylor, and a collaborative album with Kid Cudi. 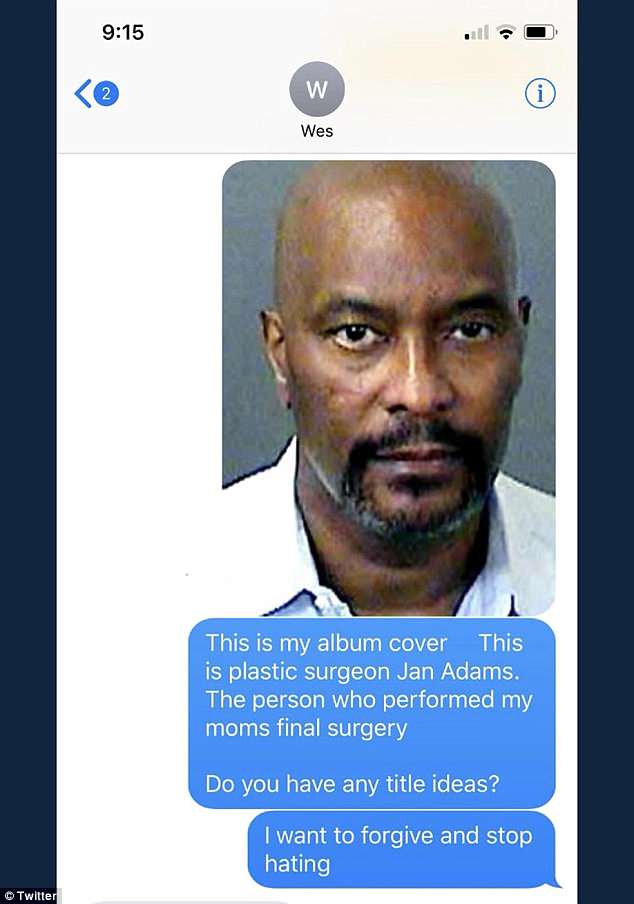 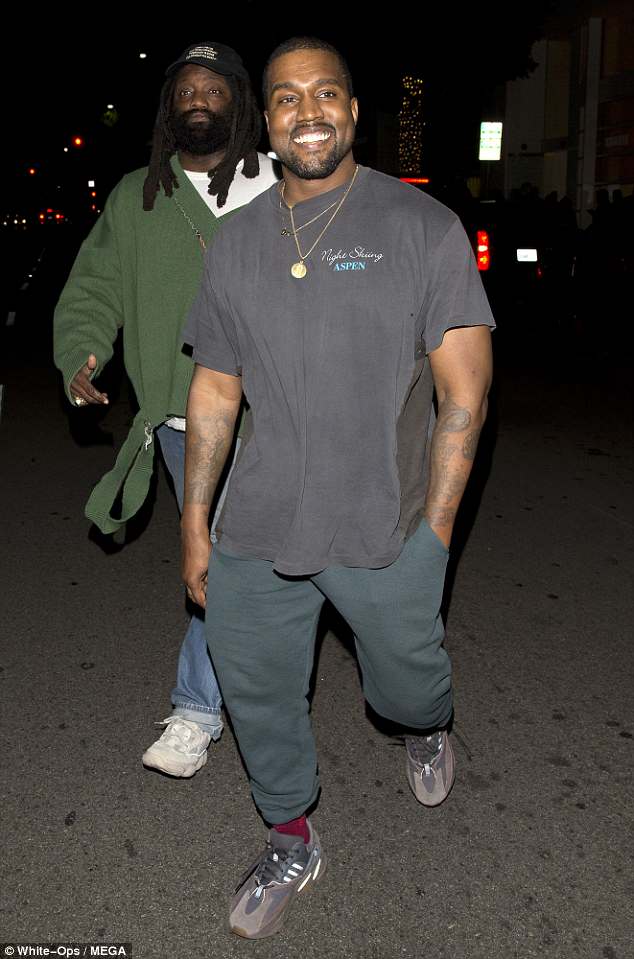 Busy man: As well as Pusha’s new album Kanye has been holed up in Wyoming working on his new solo album as well as albums from Nas and Teyana Taylor, and a collaborative album with Kid Cudi. He is pictured in March in LA