Some critics accused the chocolate company of going too far to appease ‘woke’ customers while others compared it to ‘forced mandated injections’.

‘Shame on you Whittaker’s we certainly won’t be buying your chocolates anymore,’ one wrote.

However, the dissenting tweets were followed by a frenzy of supportive Whittakers fans vowing to ‘stockpile’ the chocolate’s limited wrapper to ‘stick it to the haters’. 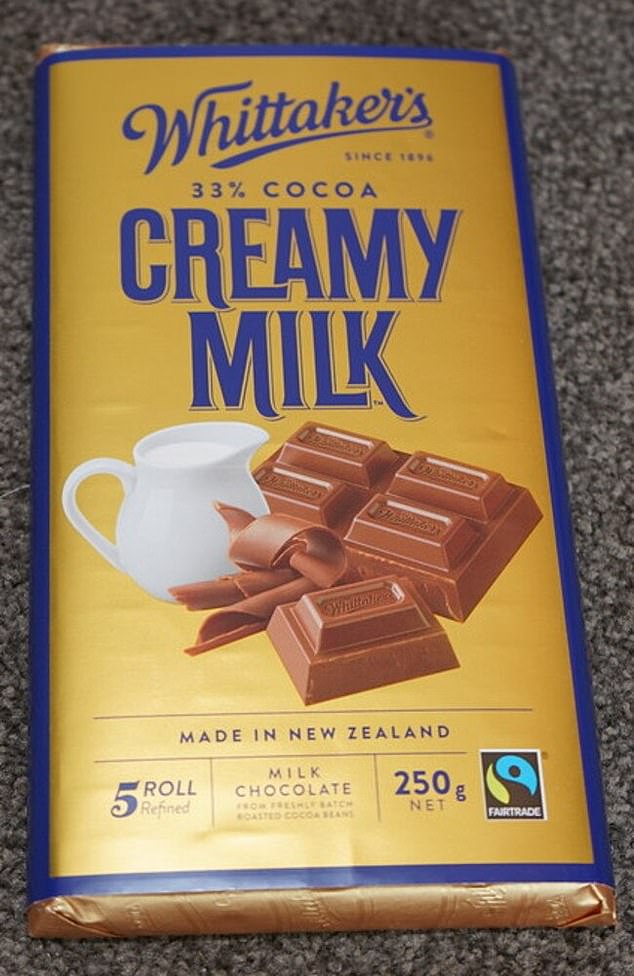 ‘Huge shoutout for Te Taura Whiri for continuing your mahi (work) to normalise our reo, the latest being the Whittaker’s Miraka Kirīmi,’ one person wrote

‘Thank you both for sticking your necks out on the line while racists slam you from all directions with hate and disgusting comments.’

‘Almost never buy chocolate, it’s a luxury my wallet and waistline can do without, but I bought four large Whittakers blocks this afternoon. Tonight we party,’ another said.

‘What Whittakers have done is make chocolate inaccessible for racists. I approve – they don’t deserve chocolate,’ another joked. 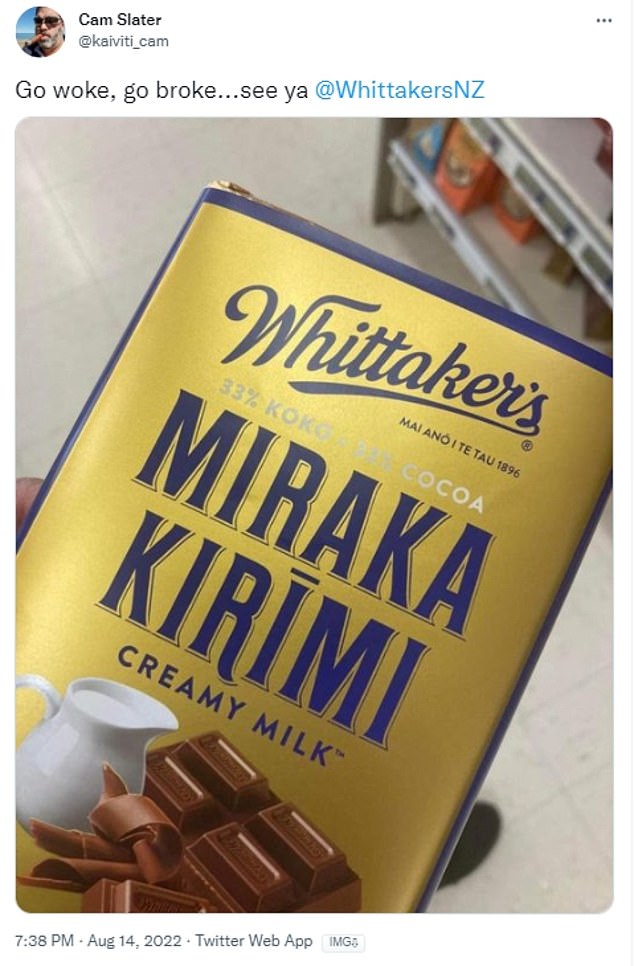 ‘For those who have complained that this is a step too far for our country, the reality is that the rest of New Zealand has already taken that step,’ she told Stuff.

‘We know that eight in 10 of us see Te Reo as part of our identity as a Kiwi while one in three of us can speak more than a few words of Māori.

‘Young New Zealanders are helping to drive change. They are not threatened when they see or hear Te Reo; they see Te Reo as absolutely normal.’