‘Who am I spying for?’ Australian filmmaker jailed for SIX YEARS in Cambodia for espionage

An Australian filmmaker accused of spying in Cambodia will spend six years behind bars in one of the country’s most notorious prisons.

The guilty verdict for James Ricketson, 69, was delivered at a Phnom Penh court on Friday.

Mr Ricketson appeared relaxed before the verdict was handed down but became visibly upset by the harsh sentence.

‘Who am I spying for?’ James Ricketson, 69, yelled to reporters as he was driven away after his guilty verdict was delivered in Phnom Penh

As he was driven away from court in a prison van, he shouted through a window to waiting reporters: ‘Who am I spying for?’

He was arrested in June last year after flying a drone without a permit over a political rally in the lead up to the election.

The rally was held by the Government opposition, the Cambodia National Rescue Party (CNRP).

Allegations against Mr Ricketson are among a number of politically-charged moves from the Cambodian People’s Party leader Hun Sen, ABC News reported.

Mr Ricketson’s family gathered outside court on Friday, telling reporters of their devastation at the verdict.

‘This result will send shockwaves out through all of our family and our community,’ his son Jesse said.

‘It’s a really long, hard road to this point and now to get this result is just heartbreaking.’ 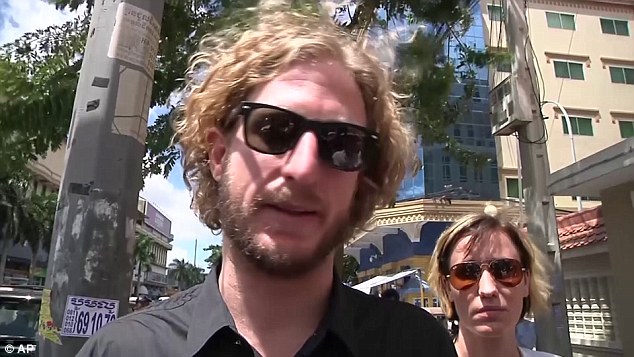 ‘This result will send shockwaves out through all of our family and our community,’ his son Jesse said

Mr Ricketson, who has been filming documentaries in the country for the past 20 years, was intending on using the drone footage in a film about street kids.

He was thought to be sympathetic to the Cambodia National Rescue Party, which was dissolved as part of a government crackdown.

Mr Ricketson was tried on espionage because the government felt the footage could be threaten the country’s national security. 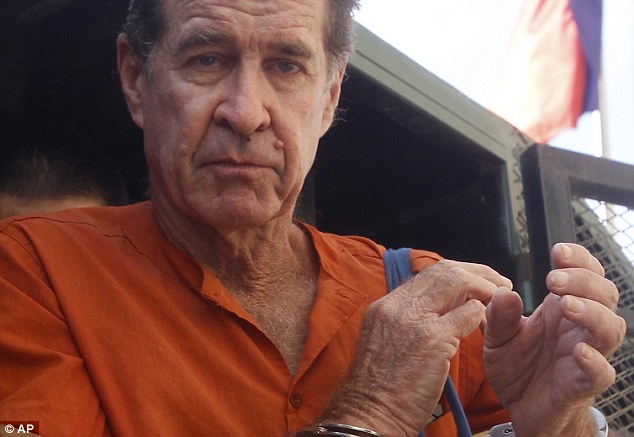 The foreign power he was allegedly spying for was never mentioned. However, Prosecutor Seang Sok said it was believed Mr Ricketson was in the country to incite hatred.

A handful of person emails, seized from Mr Ricketson and presented in court as evidence, suggested that he was critical of Hun Sen’s government.

There was also a series of photographs used to convict him.

No witnesses were called, no victims were named nor any evidence presented that indicated he was paid to collect information that damaged Cambodian security.

Prosecutors indicated that Mr Ricketson was suspected of working with the CNRP.

In his testimony, Mr Ricketson said his contacts within the opposition party were for journalist purposes.

In Sydney, nephew Bim Ricketson said the family was devastated by the verdict and said he had many undiagnosed health issues. 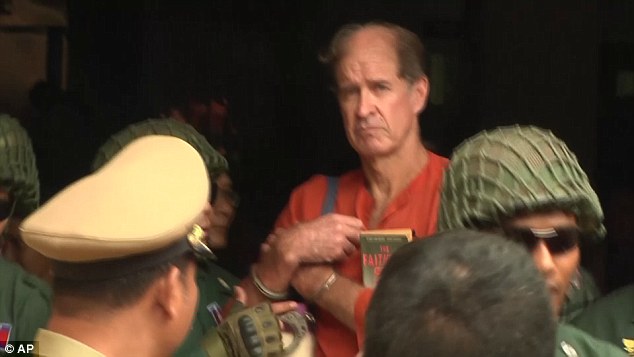 James Ricketson, 69, appeared relaxed before the verdict was handed down in a Phnom Penh court but became clearly upset by the harsh sentence on Friday

‘We would be very concerned about his health over six years in those conditions and his mental state,’ he told reporters.

Australian Prime Minister Scott Morrison said the Federal government would offer all the support it could to Mr Ricketson.

‘He can expect to get all the consular and other support from the Australian government you’d expect in these circumstances.’

However, human rights groups said Australia had not done enough.

‘From day one, James Ricketson has been a scapegoat in Hun Sen’s charade of a ‘colour revolution’ aimed at toppling the government,’ said Phil Robertson, regional spokesman for Human Rights Watch. 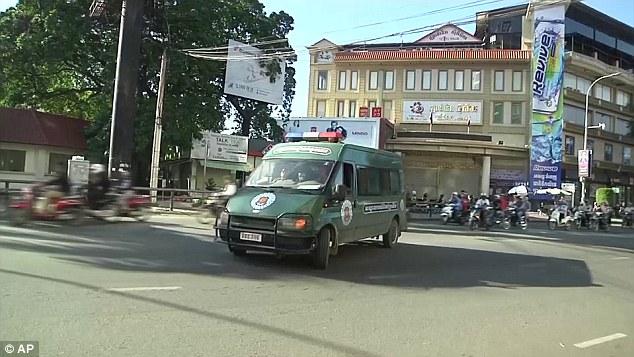 The guilty verdict for James Ricketson, 69, was delivered at a Phnom Penh court on Friday