Match day one of Group H’s Champions League campaign begins on Wednesday night, with Manchester United facing the prospect of an away trip to the relatively unknown BSC Young Boys.

Ahead of the first encounter between the two teams, Sportsmail takes a look at who the Swiss side really are.

Founded in 1898, BSC Young Boys, or ‘YB’ for short, are based in the capital of Switzerland, Bern. One of the most successful clubs in the history of the Swiss Super League, they enjoyed their most dominant spell between 1957 and 1960, winning four league titles on the spin. 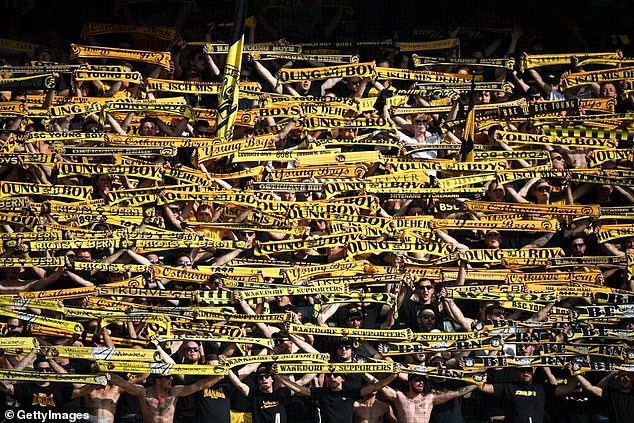 Founded in 1898, BSC Young Boys, are based in the capital of Switzerland, Bern

Despite this pedigree, their 12th title only arrived last season, their first since 1986, ending a hunt of 32 years for the top prize in Swiss football.

New manager Gerardo Seoane will look to build on this, having replaced previous coach Adi Hutter whom they lost to Eintracht Frankfurt in the summer, as he fills the position left vacant by now Bayern Munich boss Niko Kovac.

The famous yellow and black colours have started the 2018-19 season in similar commanding fashion to how they concluded the last, recording nine wins out of 10 games so far. This has propelled them to the top of the table, eight points ahead of their nearest challengers St Gallen.

Their most recent triumph came on Saturday in their Swiss Cup win over FC Schaffhausen. Young boys were winning 2-1 until the seventh minute of stoppage time, when Schaffhausen equalised to take the game to extra-time. They eventually ran out 3-2 winners, after a dramatic 120th minute goal from defender Mohamed Aly Camara.

Since 2008, the Swiss Champions have featured on five occasions at the group stages of the Europa League.

The furthest they have gone in the competition is the round of 32, which they managed most recently in the 2014-15 season, losing 7-2 on aggregate to Roberto Martinez’s Everton. 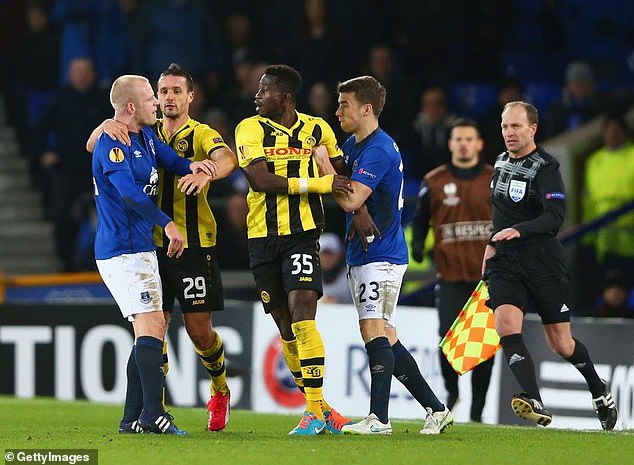 Young Boys progressed to the Europa League round of 32 in 2014-15, when they faced Everton

However, their European record leaves much to be desired, having won only twice in their previous ten outings across the continent, drawing and losing four in the other eight matches.

This year’s instalment of the Champions League marks their debut season in the competition, which was secured after conquering Dinamo Zagreb 3-2 over two legs in the play-offs.

Perhaps the Bern outfit’s most familiar face (to followers of the Premier League at least) is that of left back Kevin Mbabu. Once of Newcastle United, Mbabu was sent on loan to Rangers during the 2015 January transfer window for the second half of the season, although he failed to make an appearance for the Glasgow side.

The dreadlocked defender arrived at Young Boys permanently in the summer of 2017 following a loan move the season previous, and recently earned his first international cap for the Switzerland senior side. 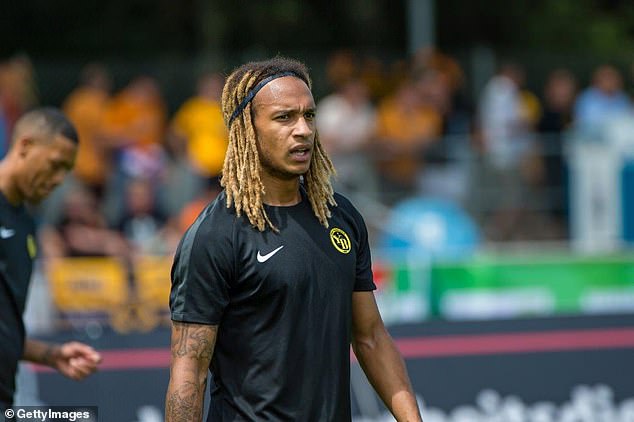 One of Young Boys’ most familiar faces is left back Kevin Mbabu, previously of Newcastle

United fans should also be wary of their 34-year-old striker Guillaume Hoararu. The striker was Young Boys’ top scorer last season netting 15 times. He has previously been on the books of PSG as recently as 2013, but departed before he could be outshone by other attacking stars such as Eric Maxim Choupo-Moting.

Serbia international Miralem Sulejmani is also one to look out for, with two goals and five assists so far this season, although he is battling a late fitness test for Wednesday night’s game.

Young Boys play their home games at the Stade de Suisse, an arena with a capacity of 32,000.

The stadium opened in 2005 and was the venue for three matches during the 2008 European Championships which was jointly hosted by Austria and Switzerland. Following this was the instalment of an artificial surface. 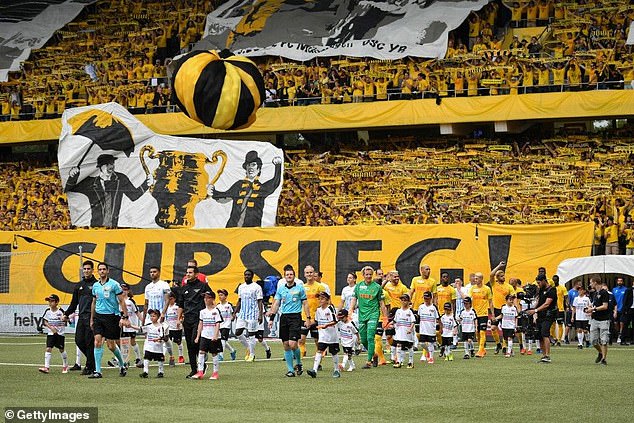 Young Boys play their home games at the Stade de Suisse, an arena with a capacity of 32,000

This has prompted concern from United manager Jose Mourinho, who has left club captain Antonio Valencia out of his match day squad in fear his knees will not survive the impact of the hard plastic ground.

In six meetings with English opposition, Young Boys have only mustered one win, a 3-2 coup over Tottenham during a 2010 Champions League play-off fixture.

Their meeting with Everton four seasons ago was their last against the powers of the Premier League. Interestingly, five of the seven goals the Swiss conceded over the two legs were courtesy of now Manchester United hitman Romelu Lukaku. 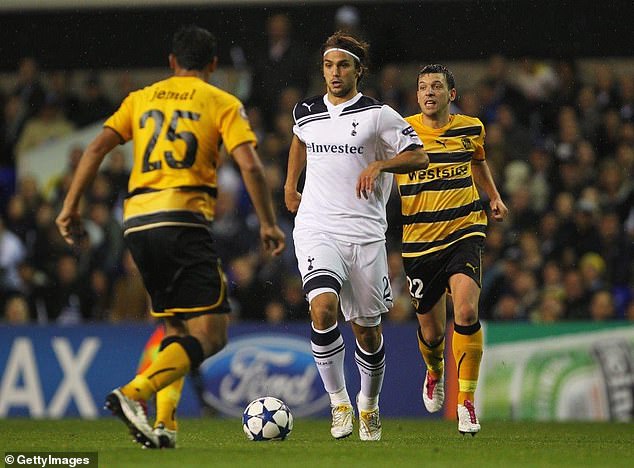 The club have only managed one win over English opposition, against Tottenham in 2010

This would normally be considered a bad omen for the significantly unfavoured YB. However, in United’s six previous battles against Swiss opposition (all versus FC Basle) they have only amassed two wins.

The latest of these was a 1-0 defeat by Basle in the group stage of last year’s Champions League, which may give compatriots Young Boys the slight bit of confidence they need to sneak another famous victory for Switzerland football supporters.