‘Who taught you that bro?’: Mesut Ozil laughs at Olivier Giroud for using his trademark chop

‘Who taught you that bro?’: Mesut Ozil pokes fun at Olivier Giroud after using his trademark chop to open the scoring against Poland in France’s World Cup last 16 tie… as his as ex-Gunners team-mate congratulates him on record-breaking strike

From one former Gunner to another, ex-Arsenal star Mesut Ozil has joined in with the celebrations after watching his old teammate Olivier Giroud open the scoring in France’s World Cup knockout clash against Poland on Sunday evening.

World Cup winner Ozil has always maintained his public support for Arsenal after leaving the Premier League leaders in January 2021 upon mutual termination of his contract at the club.

However, the German playmaker, once dubbed the English top-flight’s ‘assist king’, is also cheering on teammates past and present playing in Qatar at the winter tournament, with him taking to social media after watching Giroud help France take the lead against Poland.

Giroud has starred in the national team set-up so far in the Middle East despite finding himself playing a far more significant role that first expected after Karim Benzema was forced to miss the World Cup through injury. 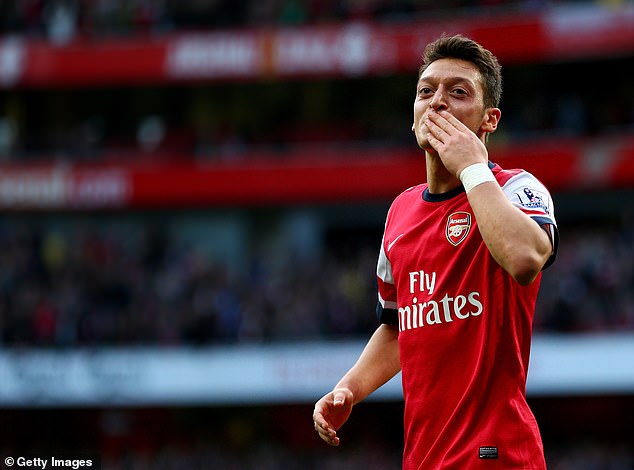 The former Arsenal striker overtook Thierry Henry to become the France national team’s all-time top goalscorer with his goal on the stroke of half-time against Robert Lewandowski’s Poland side seeing him reach the historical figure.

Giroud struck from close-range after being found unmarked in the box courtesy of a brilliant slicing pass by two-goal match winner Kylian Mbappe, with the current AC Milan man then hitting the ball into the ground using his left-foot and lifting it over the onrushing Wojciech Szczesny.

The well-taken nature of the record-breaking shot has got former Germany international Ozil talking, after the 34-year-old recognised his signature ‘chop’ being re-created by an old colleague on football’s biggest stage. 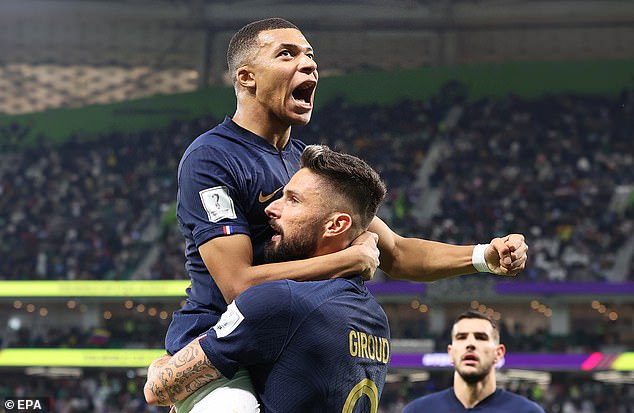 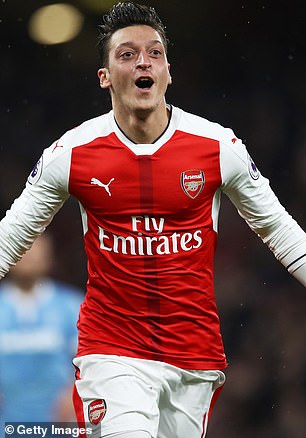 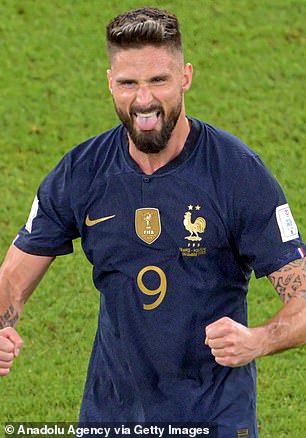 Tweeting during France’s match, the current Fenerbahce midfielder said: ‘Nice goal, who taught you that bro’ alongside a laughing face emoji and a gif of the duo smiling at each other during their Arsenal years.

Ozil has become famous for first adopting the striking technique and brought his exploits to Arsenal during a seven-and-a-half year stint in the capital.

His iconic goal against Liverpool where he lifted the ball over then-Red’s goalkeeper Simon Mignolet was a taste of the Ozil move as supporters marvelled at his on-the-ball talent in a Gunners shirt. 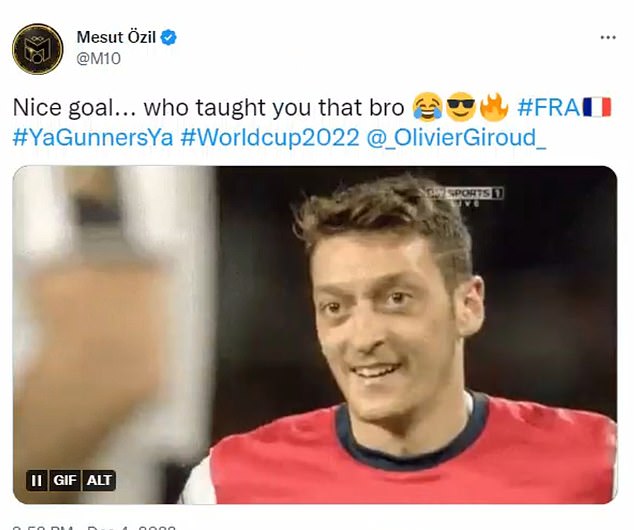 In a 2019 interview with GOAL, Ozil delved into more details about his trademark shooting style: ‘As a player you always want to try and discover new things,’ said Ozil. ‘So if I think of something new I want to try it on the pitch and see how it works.

‘So with this technique you kind of eliminate that because you hit the ball harder, it then travels faster and it’s harder to stop.’