WHO urges carnival-bound tourists to get yellow fever shot

Tens of thousands of travelers attending Carnival in Brazil are being urged to get vaccinated against yellow fever.

The World Health Organization said on Tuesday that the whole of Sao Paulo state, which includes Brazil’s largest city, Sao Paulo, should be considered at risk for the disease.

Brazil’s Health Ministry tried to downplay to the recommendation, which comes just weeks before Carnival when scores of tourists descend on Brazil for the annual festivities.

But health officials insist yellow fever, which is transmitted by infected mosquitoes, could become a large epidemic if it hits even one person during the street parades. 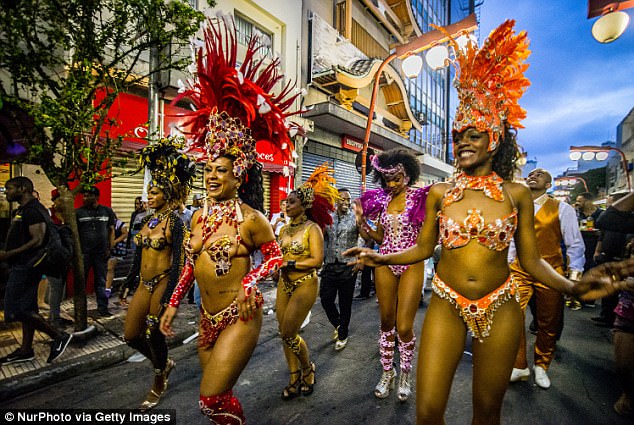 Carnival goers street dancing by the route on February 10, 2017 in Sao Paulo, Brazil

Carnival of Brazil, which takes place February 9 through February 14, is an annual week-long celebration that marks the beginning of Lent, the 40-day period before Easter.

Deputy Health Minister Antonio Carlos Nardi said Carnival celebrations in February were in urban areas and that visitors would not be at risk if they stayed in cities.

Nardi said the number of cases had risen again this year but that there was no outbreak of yellow fever in the country.

‘We are not at this time speaking of an outbreak but an increase in the number of cases in the states of Sao Paulo, Rio de Janeiro and Bahia,’ Nardi told reporters.

Yellow fever is a viral disease transmitted by mosquitoes in tropical regions and is still a major killer in Africa. It had largely been brought under control in the Americas.

The first sign that the fever was back in Brazil was the death last year of hundreds of monkeys in the Atlantic rain forest in the states of Rio de Janeiro, Espirito Santo and Sao Paulo.

The WHO said 777 human cases of yellow fever had been reported in eight Brazilian states since December 2016 and that 261 people had died from the virus. 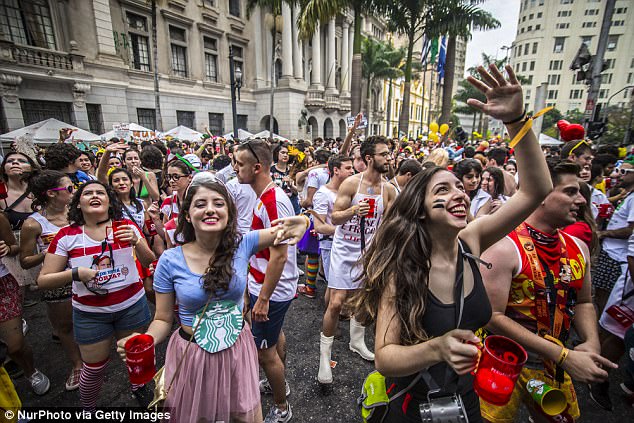 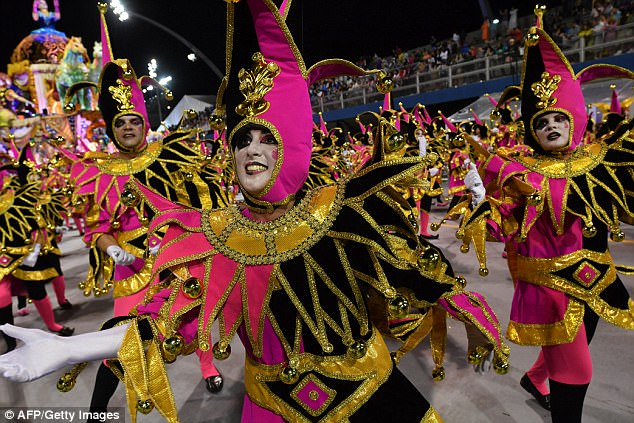 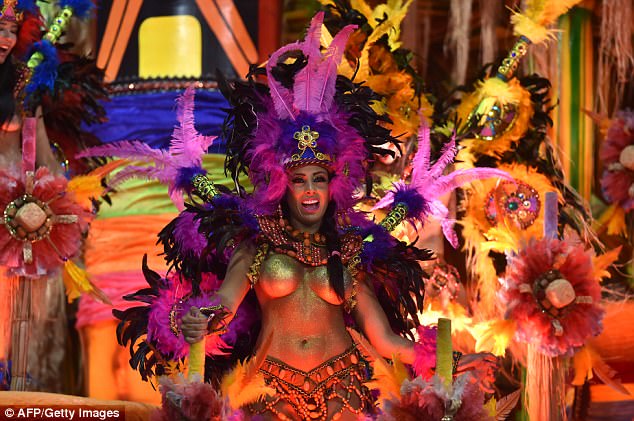 Carnival of Brazil is an annual week-long celebration that marks the beginning of Lent, the 40-day period before Easter

An estimated 200,000 cases of yellow fever are reported worldwide each year, including 30,000 deaths.

Symptoms of the viral infection include fever, severe headache, muscle pain, nausea and vomiting, and fatigue.

The disease can be combated with the yellow fever vaccines, a live-virus shot recommended for people 9 months through 59 years old who are traveling to or living in areas at risk for yellow fever virus transmission.

Nardi said Sao Paulo state would speed up and expand its vaccination campaign with the aim of vaccinating 8.3 million people in 54 cities in the state by mid-February.

To make vaccine stocks go further, recipients will be given half doses that are effective for eight years rather than a lifetime.

In addition to the yellow fever shot, people can also reduce their risk of the disease by using insect repellent when outdoors,wearing protective clothing during the daytime and staying in rooms with screened windows or air-conditioners.