Who Wants To Be A Millionaire? scandal as Mark Labbett says he knows players who had friends NODDING

New Who Wants To Be A Millionaire? cheat scandal as Chase star Mark Labbett says he knows players who had friends NODDING and WINKING to signal answers from the audience

Who Wants To Be A Millionaire? players cheated by having their friends nod and wink to signal answers from the audience, says Chase star Mark Labbett.

The television quizzer claimed spectators would sit behind former presenter Chris Tarrant in the participant’s ‘eyeline’, according to the Daily Star.

Referring to Charles Ingram and his wife Diana, who were accused of cheating during the show in 2001, Labbett said: ‘If the Ingrams did cheat they cheated stupidly.

Jeremy Clarkson, above, the current host of Who Wants To Be A Millionaire? Players cheated by having their friends nod and wink to signal answers from the audience, says Mark Labbett

‘I know of people who cheated on Millionaire far better than that by having ­fellow quizzers seated just behind Chris Tarrant in their eyeline.’

ITV reportedly did not say if they would launch an investigation into the claims.

It follows a retired doctor getting to the final question on Who Wants To Be A Millionaire? in a recording which aired last night – but decided to play it safe and take the £500,000.

Andrew Townsley, from Glasgow, could have been the sixth contestant to scoop the maximum prize on the ITV quiz show after correctly answering the first 14 questions.

But faced with a question on motorsport, he left with half a million pounds.

The crucial final question asked: ‘Which of these iconic races was held first?’ 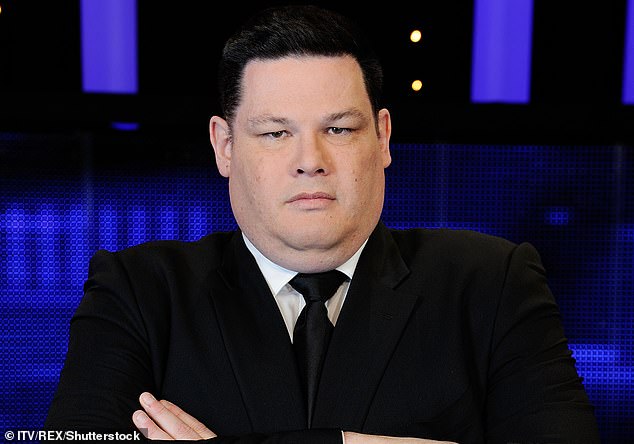 The Chase star, above, claimed spectators would sit behind former presenter Chris Tarrant in the participant’s ‘eyeline’, saying he ‘knew’ people that had cheated

Mr Townsley, who said he will use the money for a trip to Niagara Falls, used his final lifeline, phone a friend, but his chosen helper did not know the answer either.

Explaining his decision to pocket the £500,000, he said: ‘I don’t know the answer and it’s just too much money to lose.

‘Having got so far and to go on a whim I think would be foolish and Niagara Falls is looking very nice at this time.’