Who was better Ronaldo or Neymar in Real Madrid v PSG tie?

The player Cristiano Ronaldo is compared with the most is Barcelona’s Lionel Messi but it was Paris Saint-Germain’s Neymar who the Real Madrid star was pitted against on Wednesday night.

Ronaldo scored twice as Real Madrid beat PSG 3-1 in the first leg of their last-16 tie.

Here, Sportsmail looks at how the two matched up as they went head-to-head at the Santiago Bernabeu. 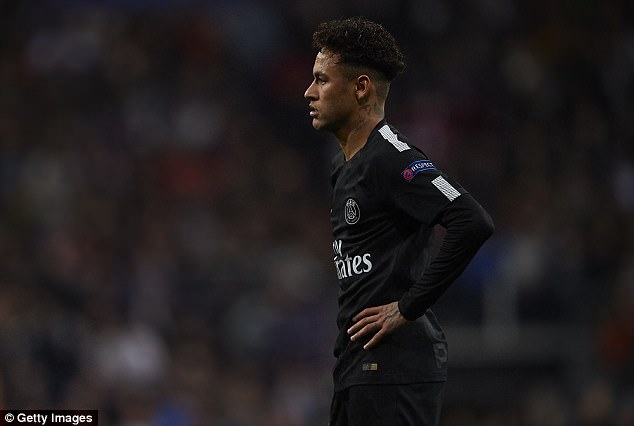 He may well be 33 but he still works as hard as he ever did when he was a teenager at Manchester United.

He didn’t enjoy much possession in the first half but consistently he was getting himself into excellent positions.

That became more apparent in the second half, particularly when he scored to put Real Madrid into the lead. Even towards the end Ronaldo didn’t relent. He took a deep breath at full-time as the Real Madrid fans applauded him. A reception he deserved.

Full throttle from the start. This was a big night for him. He arrived at PSG to be the focal point after being second best to Lionel Messi at Barcelona.

There is no question that he has high expectations for himself and you can see how much he wants to help the team he is playing for.

There were a couple of times, though, when his desire to win meant he felt he had to bend the rules. He tried to fool Italian referee Gianluca Rocchi when he fell to the ground despite Real Madrid’s Casemiro having made no contact. A free-kick was given but Neymar escaped what would have been a deserved second yellow. 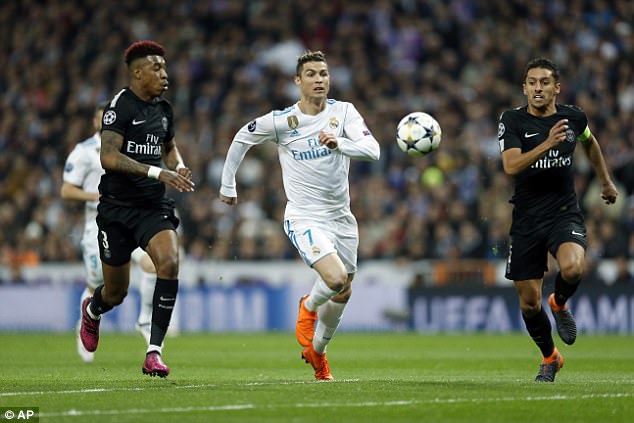 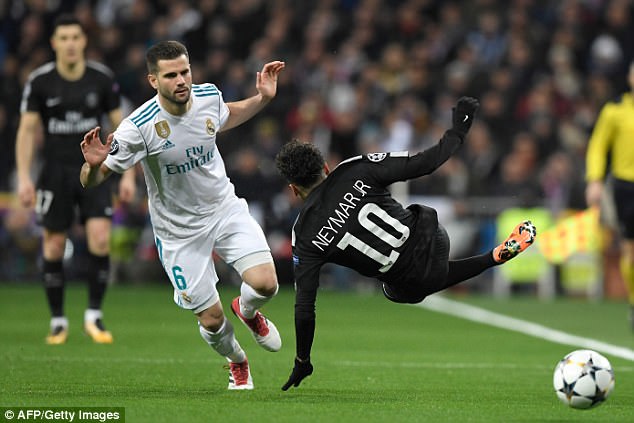 Gone are the days when Ronaldo would chop-turn his way past opponents. Now he relies on his intelligence to put pressure on opposition defences and he did that against PSG.

His movement not only made Real Madrid’s second goal possible but also allowed room for others such as Gareth Bale to run in behind. He is also still able to muscle defenders off the ball, much to the annoyance of PSG full back Yuri Berchiche whenever he was faced with the back of the Portugal captain’s shirt.

Ultimately, there wasn’t anything overly fancy about what he did with the ball but Ronaldo’s game has moved on from stepovers and showboating.

No matter whether you question Neymar’s gamesmanship, you can’t deny that what he is able to do with the ball is not exciting.

Barely two minutes had been played when he was clipped by Toni Kroos as Neymar spun with the ball. Three minutes later and the Brazilian was on the deck again. This time Nacho, playing as a right back, was the culprit.

Nacho was made to look daft when Neymar quickly dragged the ball back before turning to leave his marker stranded. Arguably his best moment came in the 58th minute. Replicating the move Diego Maradona became famous for, he dragged the ball back with one foot before using his other foot to knock the ball beyond Marcelo. Unfortunately none of his trickery led to any goals. 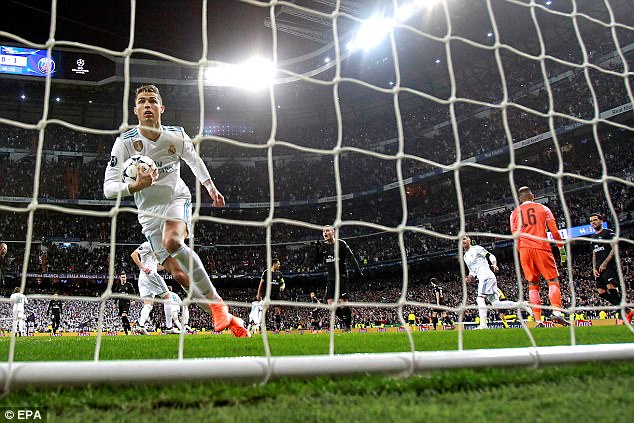 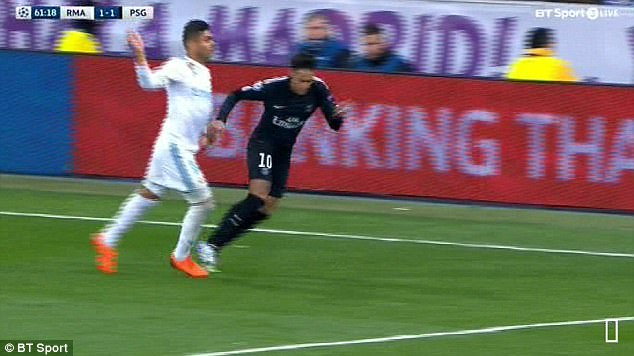 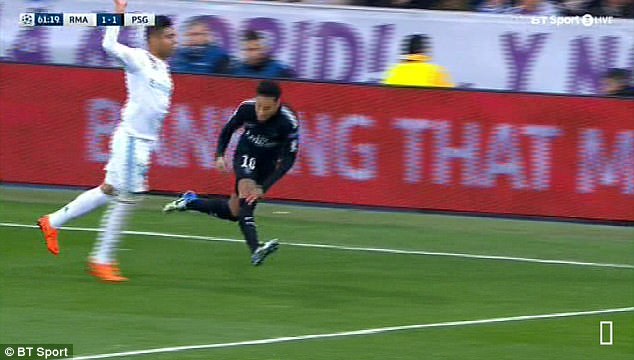 Two goals out of the three that Real Madrid scored against PSG. A healthy return. His 24th and 25th goals of the season were the kind of goals that he has become known for scoring.

His first came from the penalty spot. How comfortable Real Madrid fans must feel when Ronaldo steps up. His latest was a powerful effort that beat PSG goalkeeper Alphonse Areola down to his right.

His second demonstrated his ability to get into brilliant positions time and time again. He knew where to be when Marco Asensio’s ball was pushed out to him by Areola and he wasn’t going to miss. He doesn’t get full marks, though. He missed a glorious chance to equalise in the first half when he fired left-footed over Areola’s bar while unchallenged in the PSG box.

He’s scored 25 goals for PSG in his first season at the club but this wasn’t a night where he would flourish in front of goal.

A key chance for him arrived in the first half. The ball was played to him at the far post. He did well to meet it even if he did control the ball with his arm but even that didn’t guarantee a goal as he struck wide of Keylor Navas’s goal.

He had another chance with the last kick of the game. A chance to close the gap with the score at 3-1 in Real Madrid’s favour. A chance to score a second away goal. But he blazed over. A lack of composure at a key moment in the game. 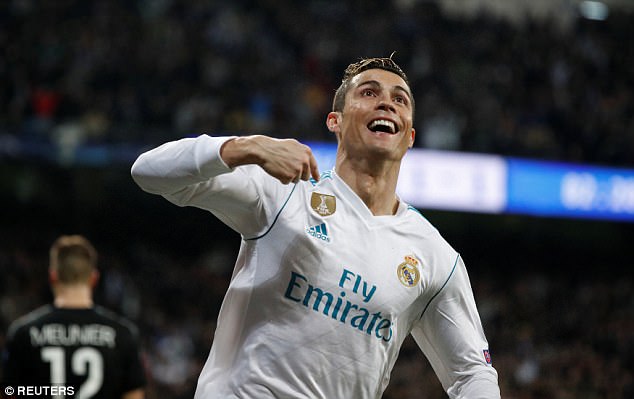 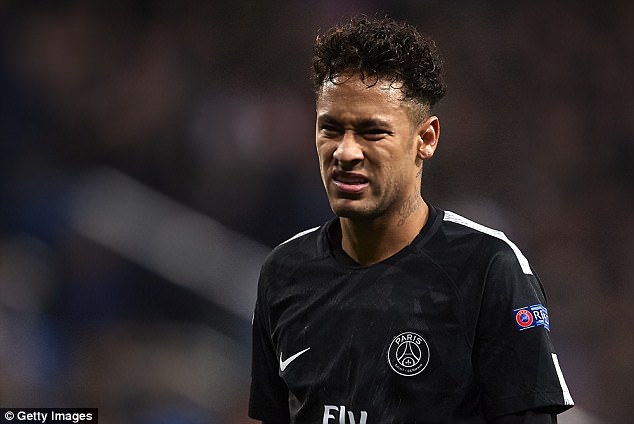 If it’s flair and Hollywood glamour that you’re looking for from a 33-year-old Ronaldo then that’s not what you’re going to get.

What you are still guaranteed, however, is his trademark ‘right here, right now’ celebration. Twice it came out against PSG but for good reason. A goal before half-time to level the game and the one that put Real Madrid into the lead.

Looked the part in his official club suit as he arrived at the Santiago Bernabeu, complete with hat and headphones.

Plenty of flair on the pitch, too. But he didn’t show off his new tattoo, though, which was disappointing. 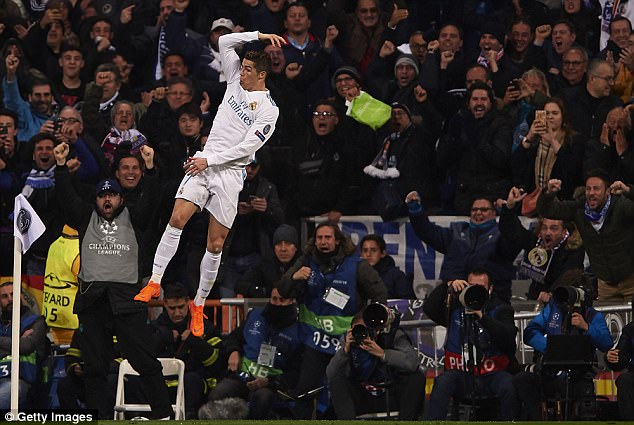 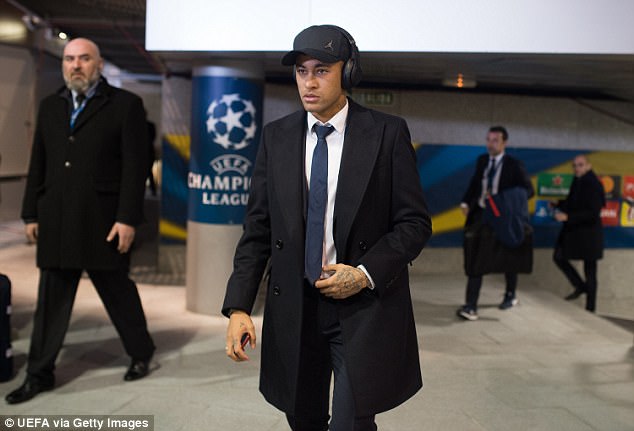 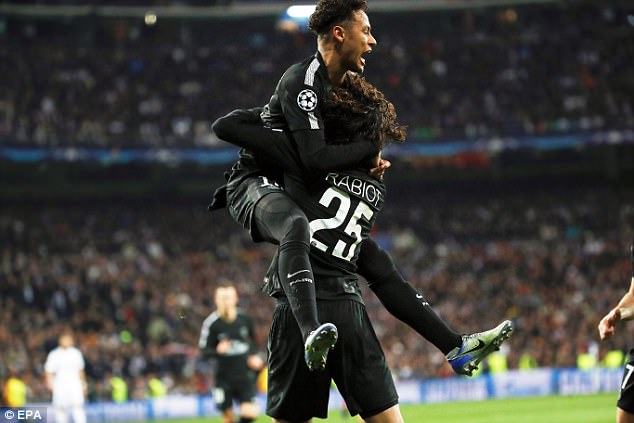 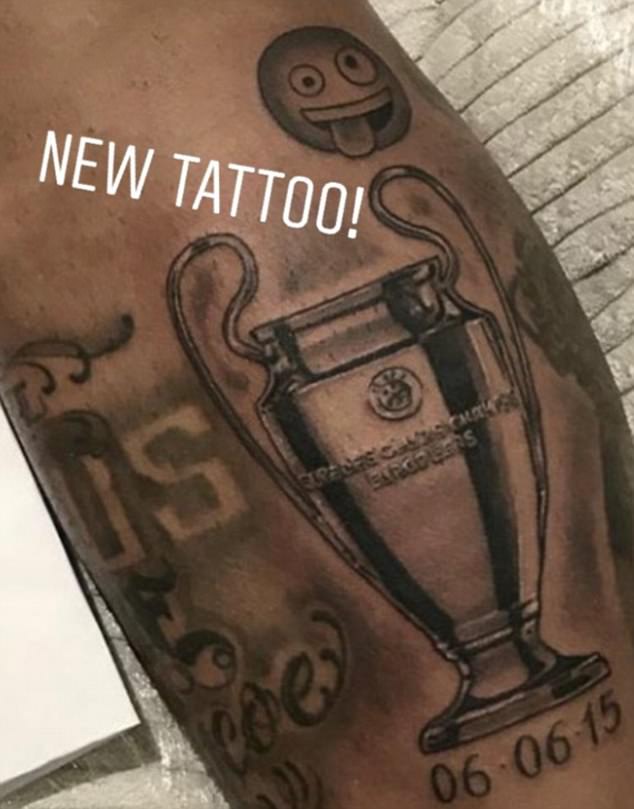 There was a time in Ronaldo’s career where his attitude towards his team-mates was questioned. He used to berate them if a pass didn’t arrive at his feet or if a mistake was made in possession.

That wasn’t the Ronaldo that turned out at the Bernabeu on Wednesday night. Although it was Sergio Ramos who shouted ‘vamos, vamos,’ when Real Madrid’s players walked out of the tunnel for the second half, Ronaldo was just as vocal on the pitch.

His instructions on the pitch paid off. He, along with Ramos, led by example and was the one who delivered when relied on.

Similar to Ronaldo, the Brazilian worked hard to create openings for others. Unfortunately he didn’t always know when to pass to his team-mates. He was PSG’s main outlet on the left side.

His runs inside from left were creating havoc and helping Kylian Mbappe and Edinson Cavani to move into space. What he failed to do was release the ball at the right moment. On one particular occasion, Mbappe overlapped on the right side. Had Neymar switched the ball the France international would have been one-on-one with Navas.

In big games, such as Wednesday night, the most effective players are the ones who realise they can’t always do everything on their own. Neymar didn’t quite grasp that. 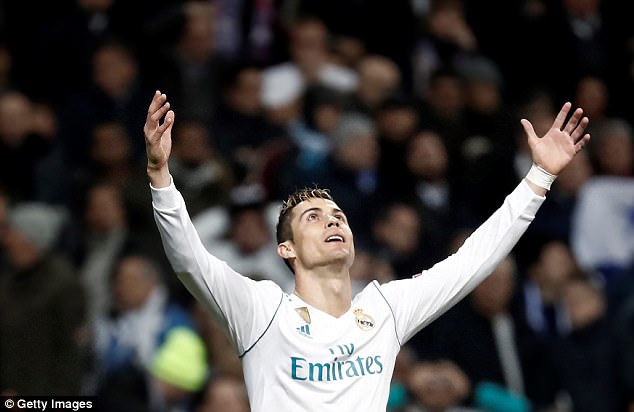