Who was Maria Reiche? Nazca Lines researcher revealed in a Google Doodle

Maria Reiche, the German mathematician renowned for her investigative work into the Nazca Lines, has been honoured in the Google Doodle for May 15, 2018.

Also known as the ‘Lady of the Lines’, Maria was obsessed with solving the mystery of Peru’s archaeological site and her work is being celebrated on what would have been her 115th birthday.

She was also devoted to the preservation and protection of the Nazca Lines and shielded the figures from people and vehicles with just a household broom. But who was Maria Reiche?

Who was Maria Reiche?

Born May 15, 1903 in Dresden, Germany, Maria Reiche went on to study mathematics at Dresden Technical University and from 1932, worked as a nanny and teacher in a German consul based in Cusco, Peru.

Maria enjoyed her time in the country, even though she lost a finger to gangrene after accidentally stabbing herself with a cactus.

In 1939, she became a teacher in Lima and during World War II, she remained in Peru and later met Amy Meredith, an American expat who became her partner.

During this time, she was introduced to the Nazca Lines when flying over the desert and after being struck by their wonder, became an assistant to American historian Paul Kosok from New York. 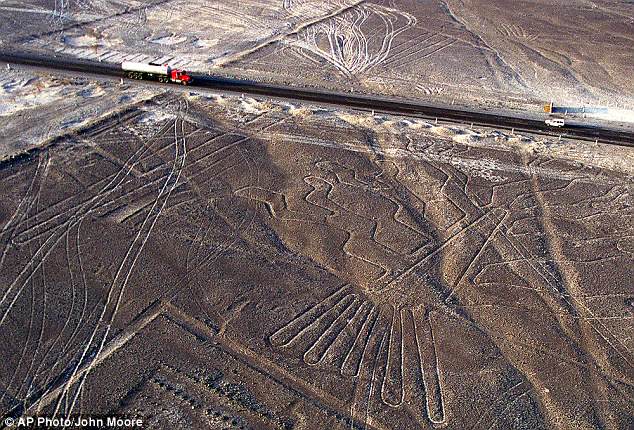 After visiting the 140 square mile site, Maria became transfixed by the landscape and described it as ‘a huge blackboard where giant hands have drawn clear and precise geometric designs’.

Maria began camping in the desert and became an object of curiosity: ‘The locals either thought I was a spy or completely mad. Once a drunk threatened me with a stone, so I took out my sextant and pointed it at him.

‘He ran off screaming, and the next day the local papers ran the story of a mad and armed German spy in their midst.’

Reiche and Kosok studied the Nazca Lines throughout the 1940s and found that the lines mapped out the signs of the zodiac and roughly marked an early astronomical calendar.

In 1949, Maria published a book, The Mystery of the Pampas, in which she discussed her theory that the giant money geoglyph was the Nazca interpretation of the Great Bear constellation and that its movement was used to determine time and predict rain. 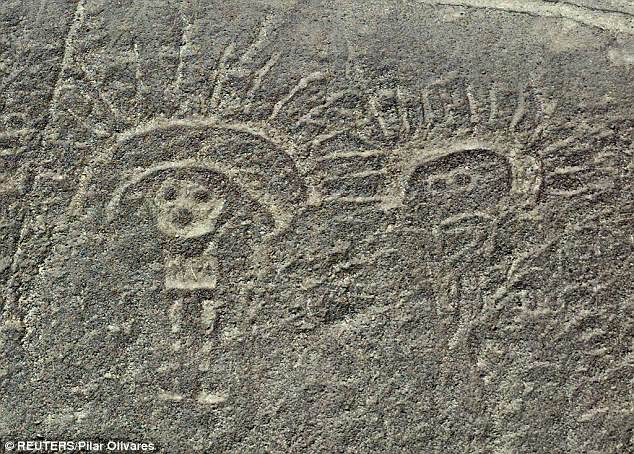 Dedicated to her work, Maria measured almost 1000 lines and discovered that the Nazca Lines were markers for the summer solstice and with the help of the Peruvian Air Force, discovered that they also represented 18 different kinds of animals and birds.

Her book debunked the theory popularised by Swiss conspiracist Erich von Daniken that they were made by aliens.

Maria, who had found that the Nazca Lines served a ceremonial purpose, attempted to preserve them and prevented vehicles from driving over them until UNESCO offered protected status.

Maria spent her final days living in a hotel, was granted Peruvian citizenship in 1992 and published her complete findings, Contributions to Geometry and Astronomy in Ancient Peru, a year later. She died of ovarian cancer in June 8, 1998. 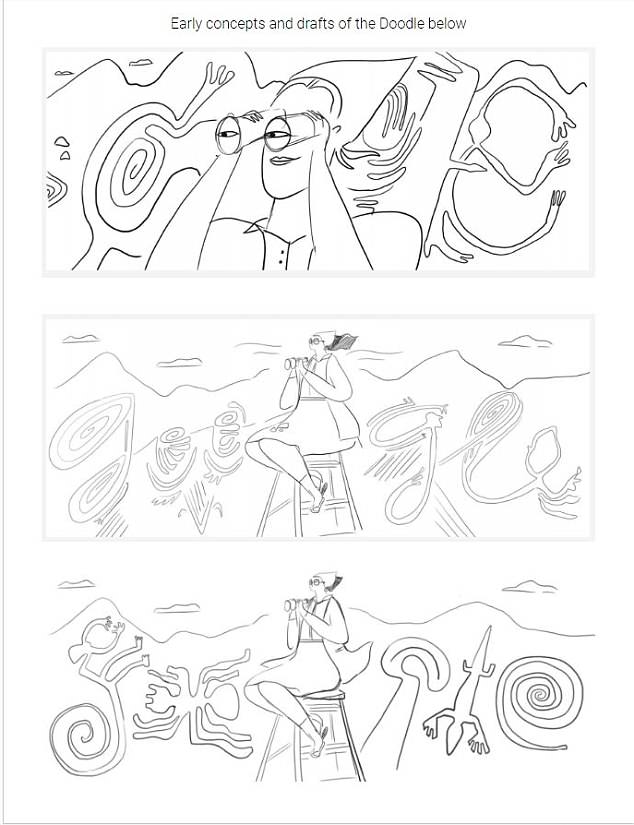 Illustrated by Guille Comin, the Google Doodle for May 15, 2018 celebrates Maria Reiche on what would have been her 115th birthday and portrays her as a lone woman sitting on a ladder with a sextant, compass and broom

What are the Nazca lines?

The Nazca Lines are geoglyphs located in the Nazca Desert in southern Peru and the largest reach up to 370m long.

Designated a UNESCO World Heritage Site in 1994, many believe that they were created by the Nazca culture between 500 BC and 500 AD.

The designs were made by removing the natural red pebbles in the ground and uncovering the white ground underneath to create a pattern.

Illustrated by Guille Comin, the Google Doodle for May 15, 2018 celebrates Maria Reiche on what would have been her 115th birthday and portrays her as a lone woman sitting on a ladder with a sextant, compass and broom.

Maria Reiche, the German mathematician renowned for her investigative work into the Nazca Lines, has been honoured in the Google Doodle for May 15, 2018

Google Doodles mark events around the world with illustrations on the Google homepage and is incorporated into the Google logo.

Google founders Larry Page and Sergey Brin marked their visit to the 1998 Burning Man Festival with the first ever Doodle.

Now, team of illustrators, designers, animators and artists work on the Google Doodles and the logos are hyperlinked to a page that provides more information about the cultural event celebrated.