Who will be at the Queen’s funeral? From King Charles III to politicians and world leaders

As Britain grieves the death of Queen Elizabeth II, a host of world leaders, crowned heads and leading figures in Britain’s public life are set to attend her funeral next week.

Unlike the Duke of Edinburgh’s funeral in 2021 – which was restricted to just 30 people – it is likely Westminster Abbey’s 2,000 capacity will be filled to honour Britain’s longest-reigning monarch.

The funeral congregation will be headed by the new King Charles III and Queen consort Camilla, while William, Prince of Wales, and Catherine, Princess of Wales, will follow closely.

The Queen’s other three children, Princess Anne and her husband Timothy Laurence, Prince Andrew, and Princess Edward and his wife Sophie, Countess of Wessex, will also be among the chief mourners.

It is expected all eight of the Queen’s grandchildren will be present, including Prince Harry and his wife Meghan, Duke and Duchess of Sussex, Peter Phillips, Zara Tindall and her husband Mike Tindall, Princess Beatrice and her husband Edoardo Mapelli Mozzi, Princess Eugenie and her spouse Jack Brooksbank, Lady Louise Windsor and James, Viscount Severn.

The Queen’s nephew Lord Snowdon and niece Lady Sarah Chatto and her husband Daniel Chatto are also anticipated to be there.

Princess Anne (right) and her husband Vice Admiral Timothy Laurence stand solemnly as the coffin of Queen Elizabeth II, draped with the Royal Standard of Scotland, completes its journey from Balmoral to the Palace of Holyroodhouse 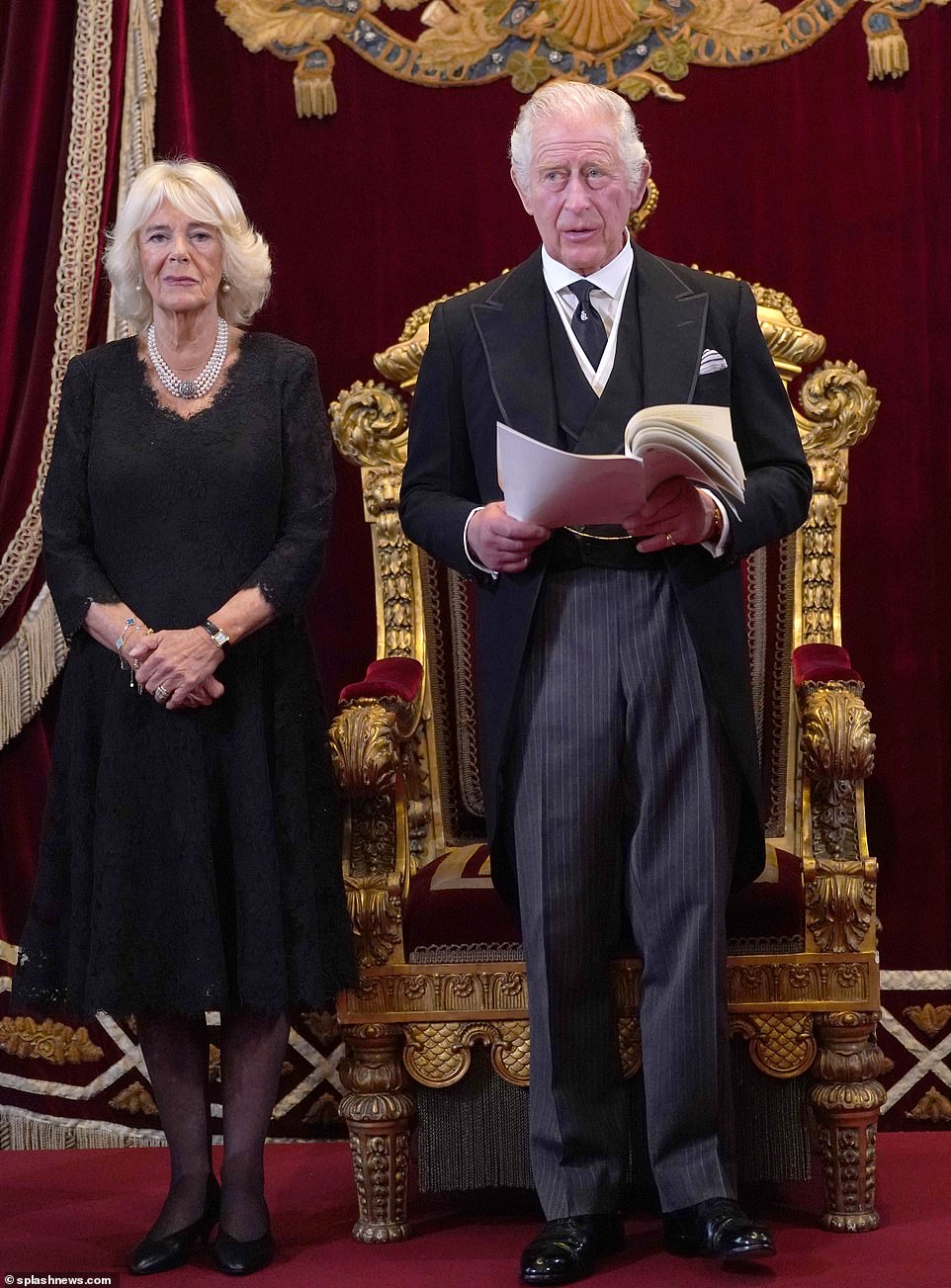 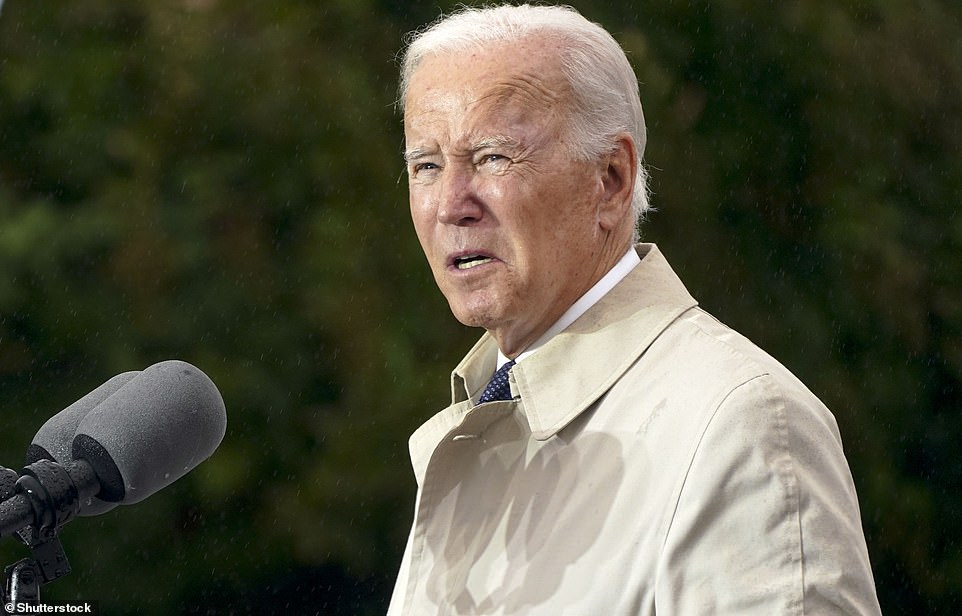 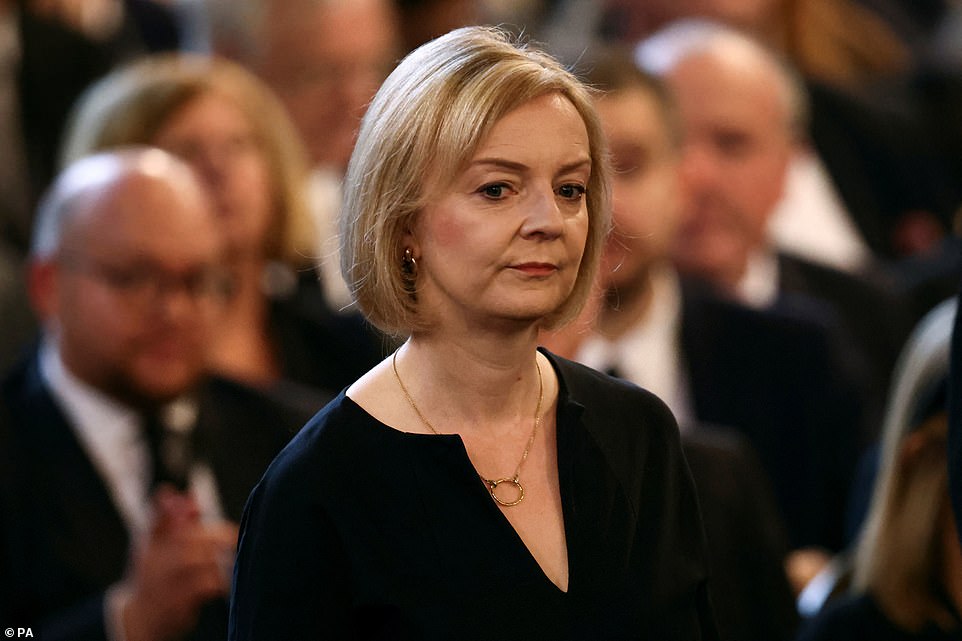 Britain’s Prime Minister Liz Truss will attend the service, alongside a host of former Prime Ministers and the leader of the opposition Sir Keir Starmer 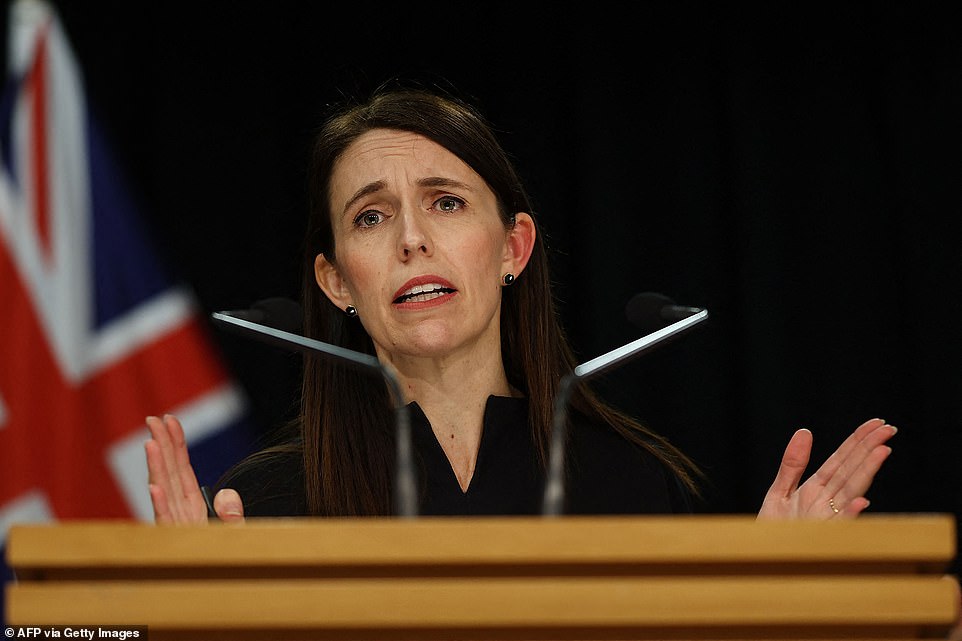 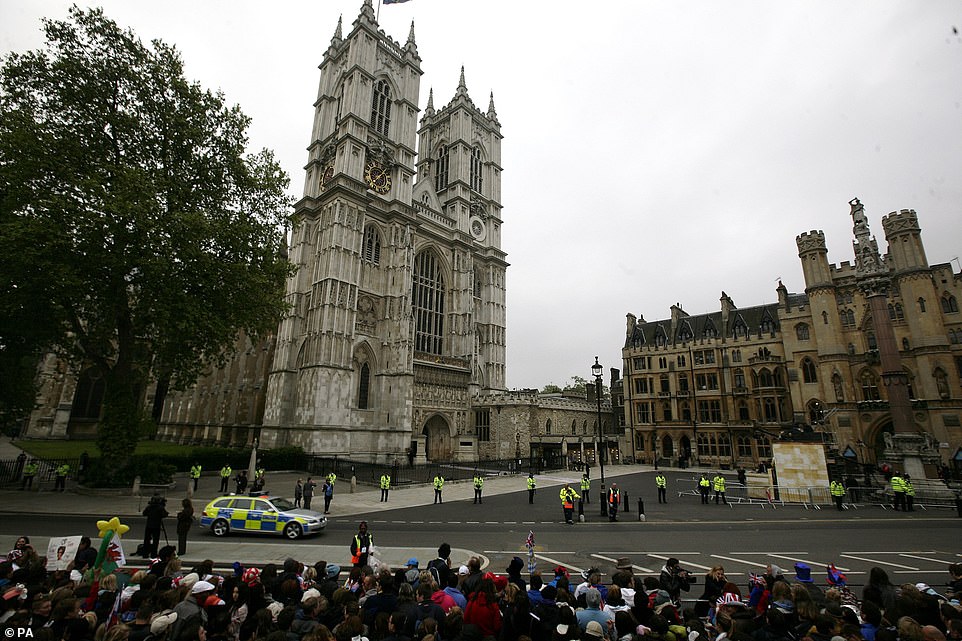 The Queen’s funeral service at Westminster Abbey (pictured) may well fill out the abbey’s 2,000 capacity for 2,000 people 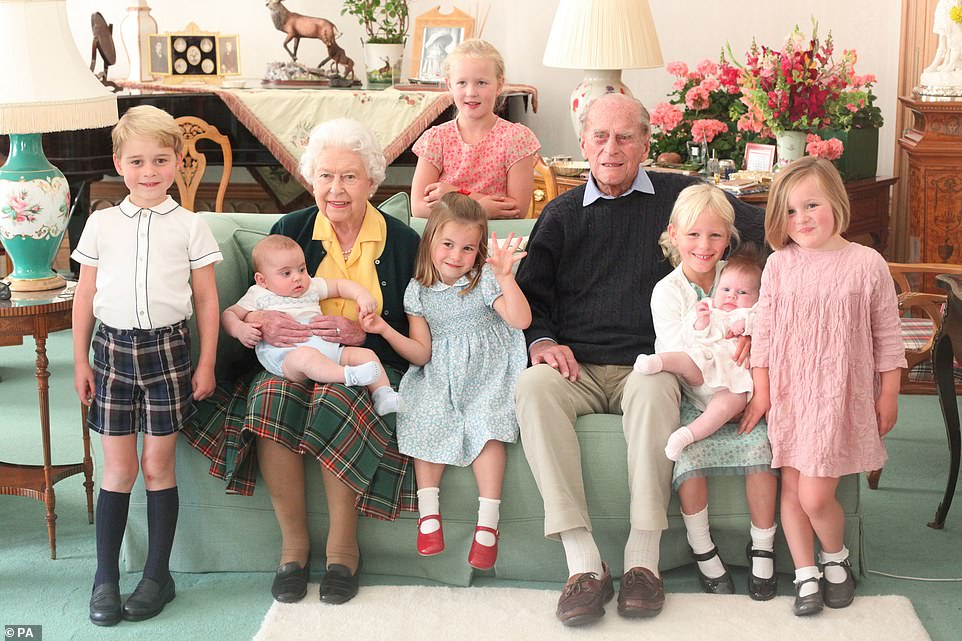 The Queen and Prince Philip with their great-grandchildren, from left, George, Louis, Charlotte, Savannah Phillips, Isla Phillips, Lena Tindall and Mia Tindall. This picture was taken by the Princess of Wales in 2018 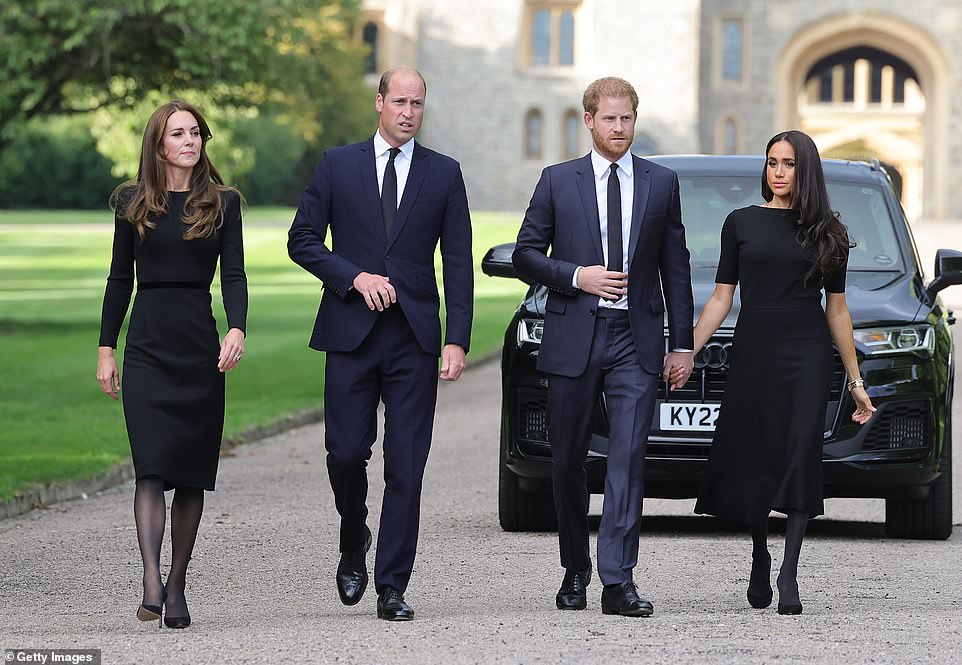 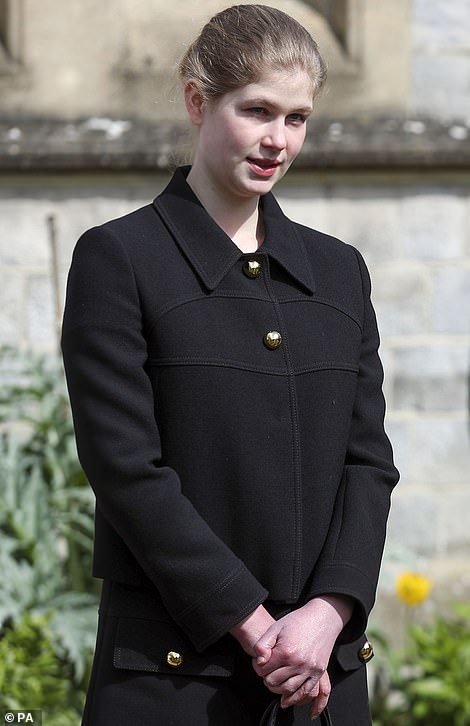 James Viscount Severn (left) and Lady Louise Windsor (right), the Earl and Countess of Wessex’s children, will both be going 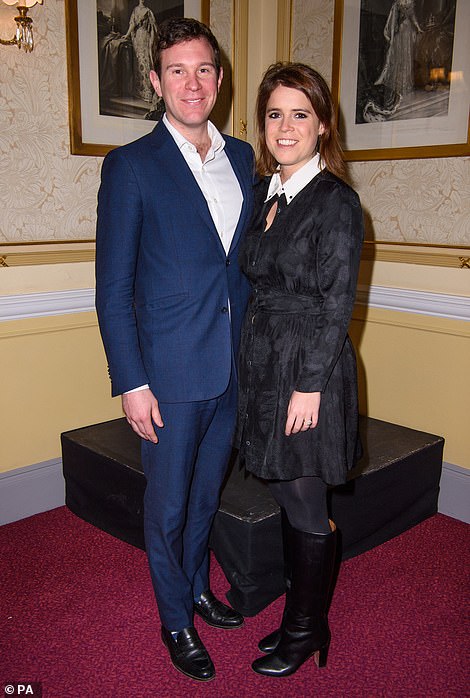 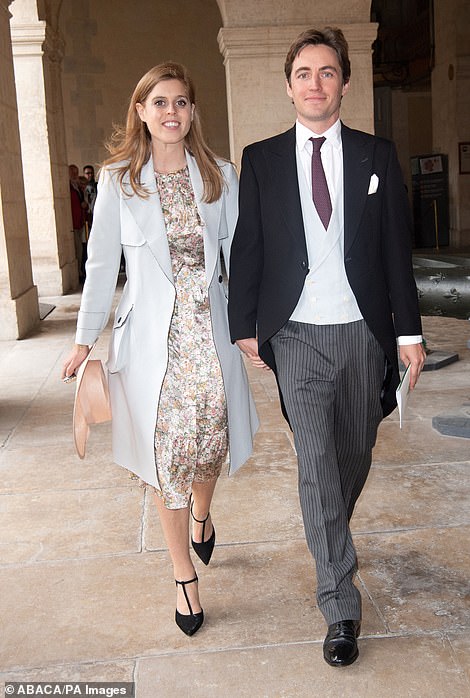 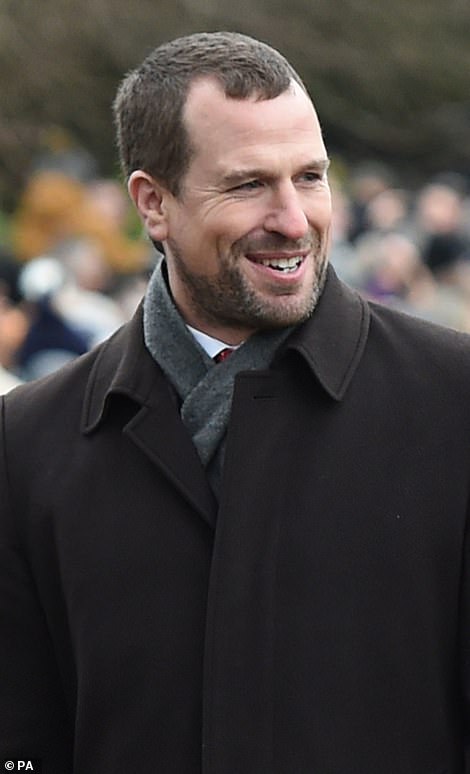 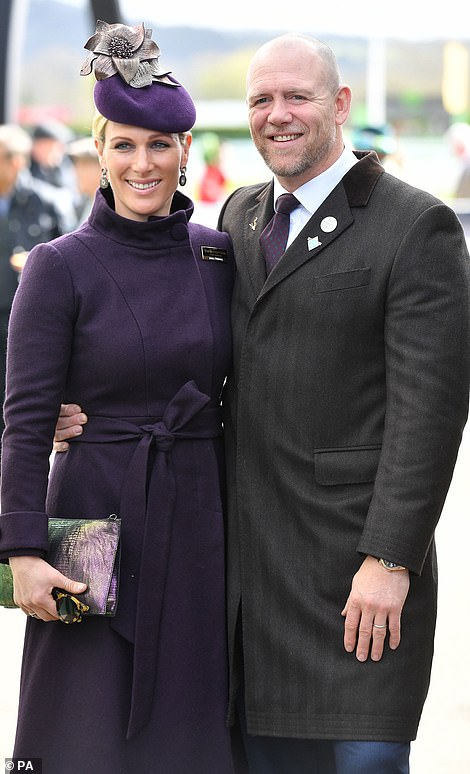 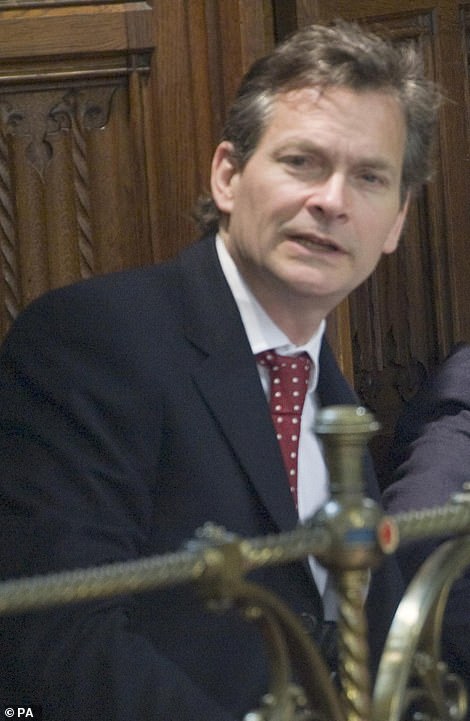 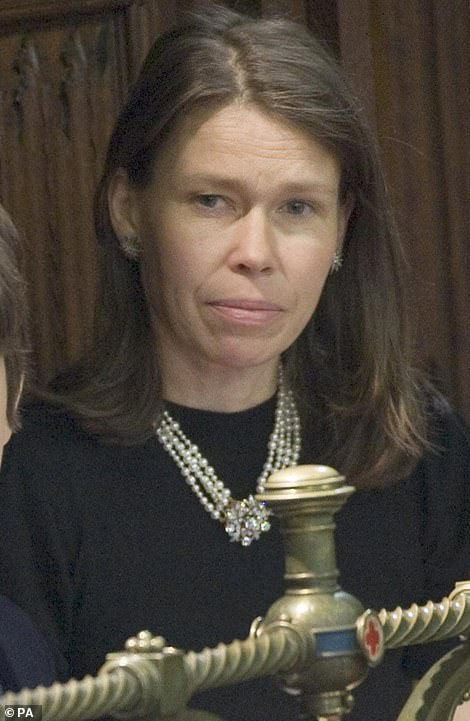 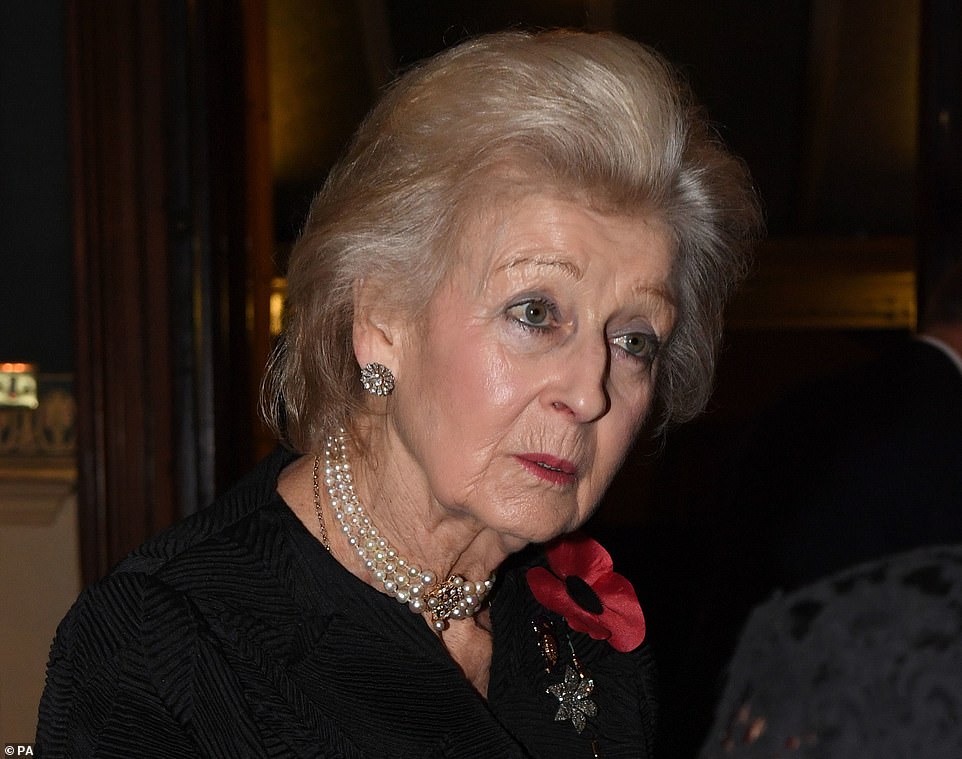 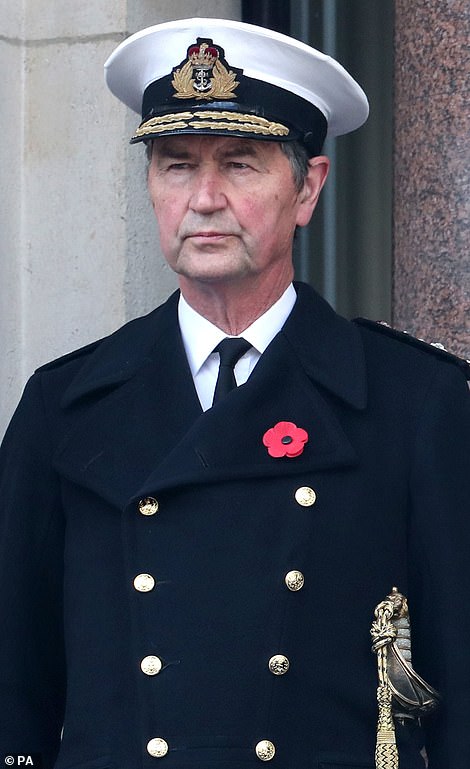 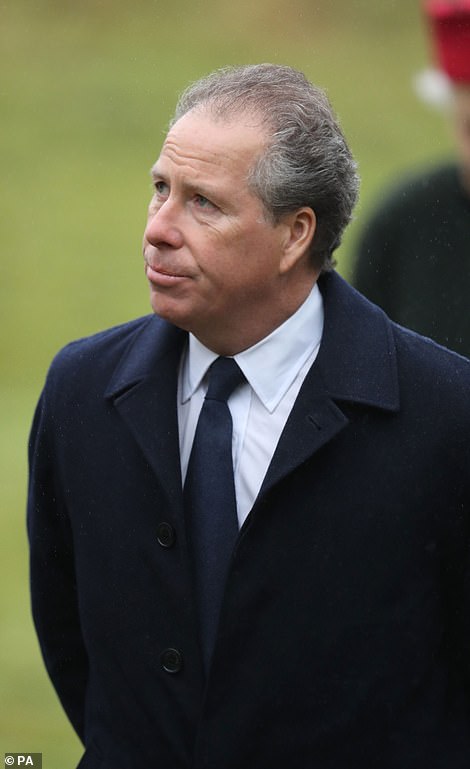 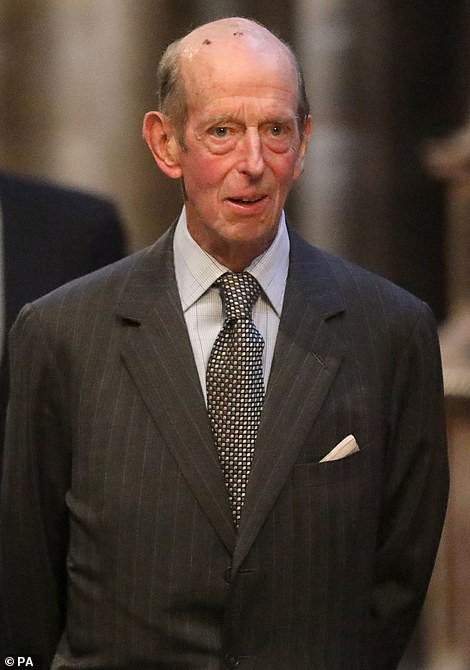 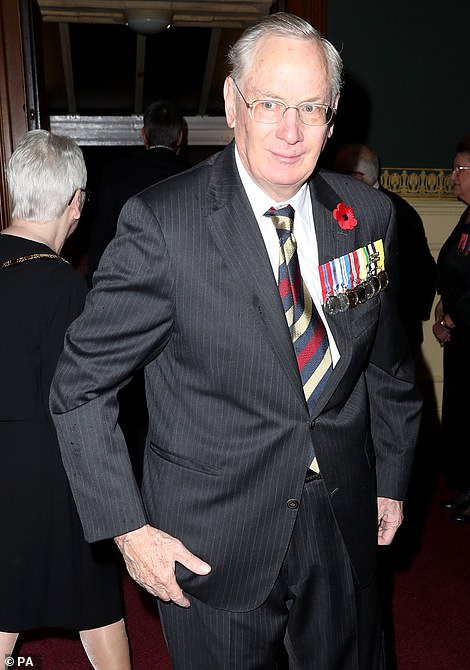 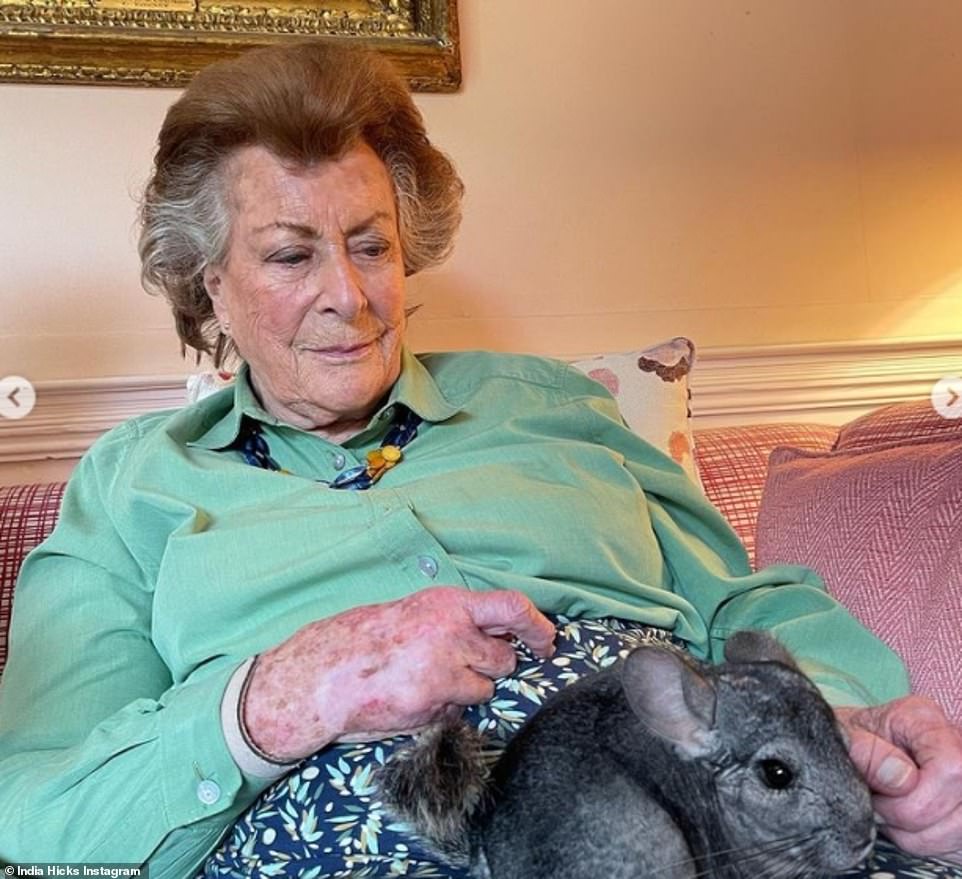 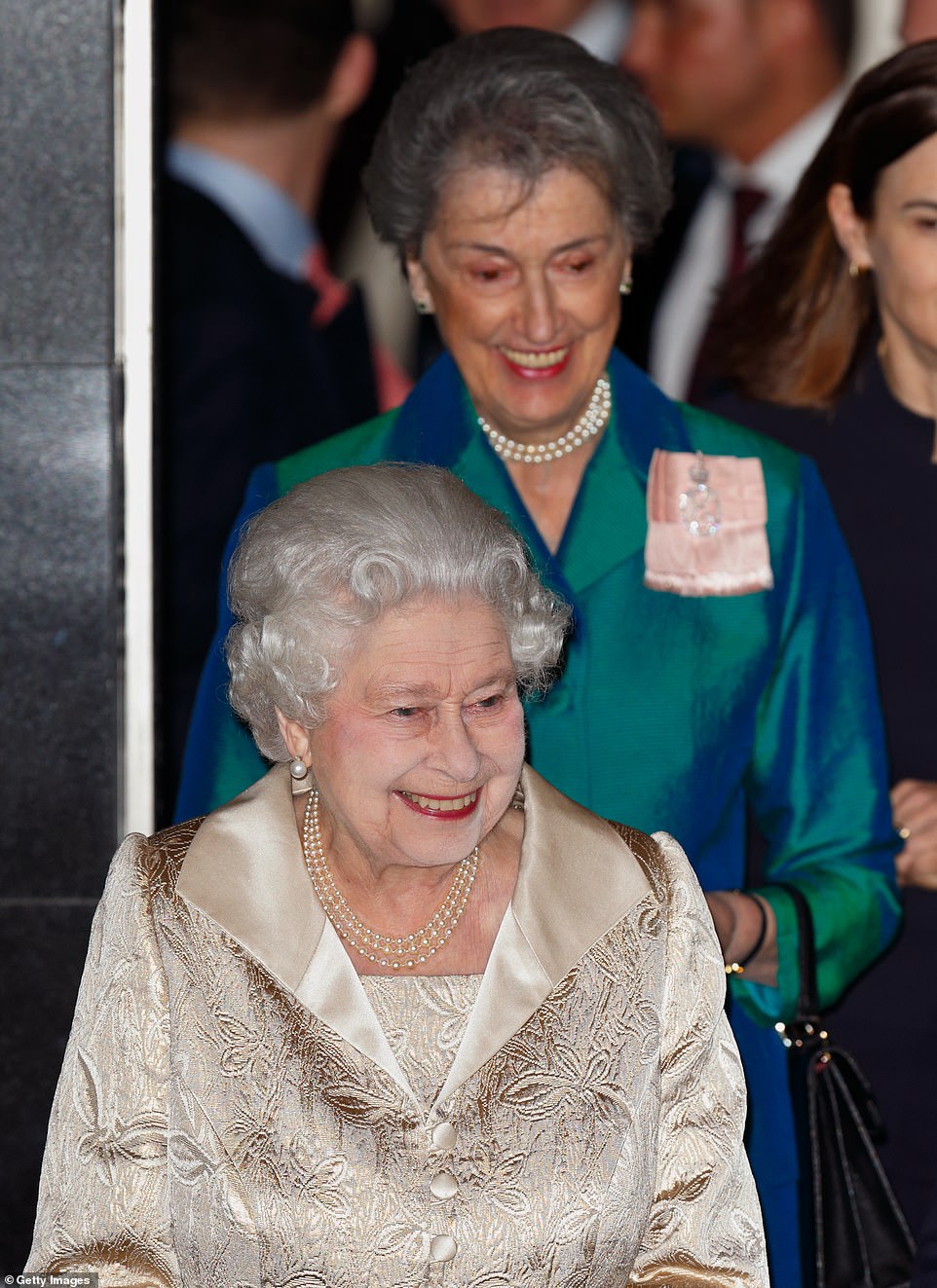 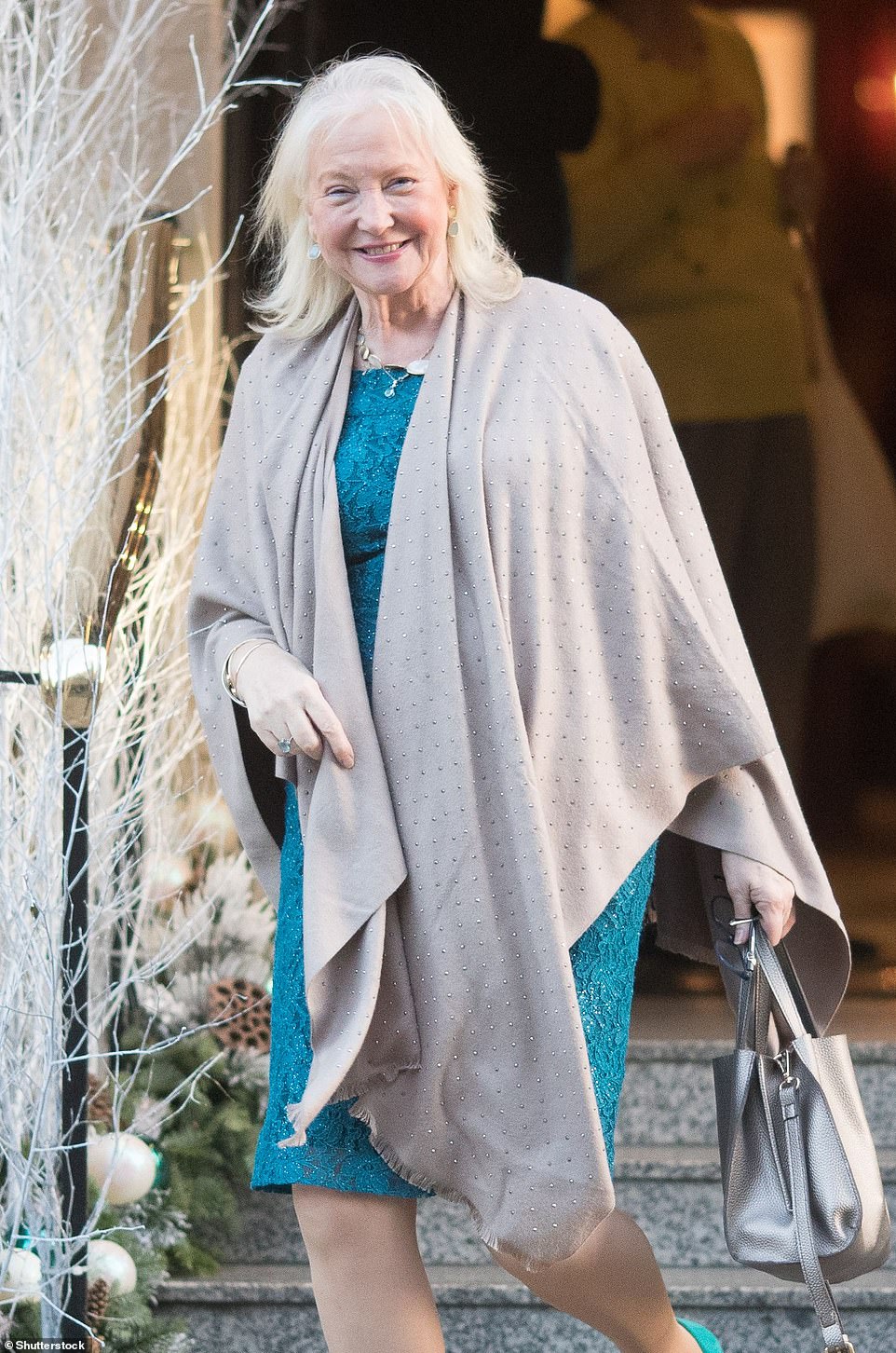 The Queen’s dresser, Angela Kelly,  who has been assured of a lifetime grace and favour home on the Windsor estate, is also expected to be there

What will happen today after the Queen’s death?

Here is the timeline of events that are expected to take place today following the Queen’s death.

Monday marks D-Day +3, or D+3, in the plans for the aftermath of the death, codenamed London Bridge.

This is due to the announcement taking place late on Thursday, meaning plans were shifted a day to allow the complex arrangements to be put in place.

– The King and The Queen Consort will travel to Westminster Hall where both Houses of Parliament will meet to express their condolences at the demise of The Queen. Charles will make his reply.

– 12.45pm: The King and The Queen Consort will arrive at Edinburgh Airport.

Charles and Camilla will then travel to the Palace of Holyroodhouse, where the Ceremony of the Keys will take place. The King will inspect the Guard of Honour before being welcomed to his ‘ancient and hereditary kingdom of Scotland’ by the Lord Provost, and symbolically receiving the keys of the city of Edinburgh.

– 2.35pm: Following the Ceremony of the Keys, the King will join the procession of the Queen’s coffin to St Giles’ Cathedral.

– 3pm: The King and the Queen Consort, accompanied by other royal family members, will attend a service of prayer and reflection for the life of the Queen at St Giles’ Cathedral.

– The King will then receive the First Minister of Scotland, followed by the presiding officer, at the Palace of Holyroodhouse.

– 5.40pm: Charles and Camilla will receive a motion of condolence, tabled by the First Minister at the Scottish Parliament, and attend a reception.

The Royal Company of Archers, who are the King’s bodyguard for Scotland, will give a royal salute.

– The King, accompanied by members of the royal family, will then hold a vigil at St Giles’ Cathedral.

Lady Pamela Hicks, 93, daughter of Lord Mountbatten, and her niece Penelope Knatchbull, Countess of Burma, are highly likely to be in attendance, as are the Queen’s ladies in waiting Lady Susan Hussey, Dame Mary Morrison, Lady Elizabeth Leeming and Susan Rhodes. The Queen’s dresser Angela Kelly, who has been assured of a lifetime grace and favour home on the Windsor estate, will also be there.

Several German relatives of Prince Phillip, who attended his small funeral gathering in 2021, may also be present including Bernhard, Hereditary Prince of Baden, Donatus, Landgrave of Hesse, and Philipp, Prince of Hohenlohe-Langenburg.

The Foreign Office has advised world leaders to travel by commercial airline, and not by private jet or helicopter, in order not to overwhelm the runways of London’s airports.

Britain’s Prime Minister Liz Truss and leader of the opposition Keir Starmer will appear among the Queen’s mourners, and an invitation is likely to be extended to former Prime Ministers Boris Johnson, Theresa May, David Cameron, Gordon Brown, Tony Blair and Sir John Major.

Among US guests, it has already been confirmed Donald Trump will not attend the service.

Throughout her life, the Queen maintained close relations with the other European crowned heads of state – many of whom were her second or third cousins through shared descent from Queen Victoria.

Denmark’s Queen Margrethe II, 81, described as a close friend of the late Queen and now Europe’s longest-reigning monarch celebrating her 50th Jubilee – will almost certainly be prominent among them, as will Spain’s King Felipe IV and Queen Letizia. 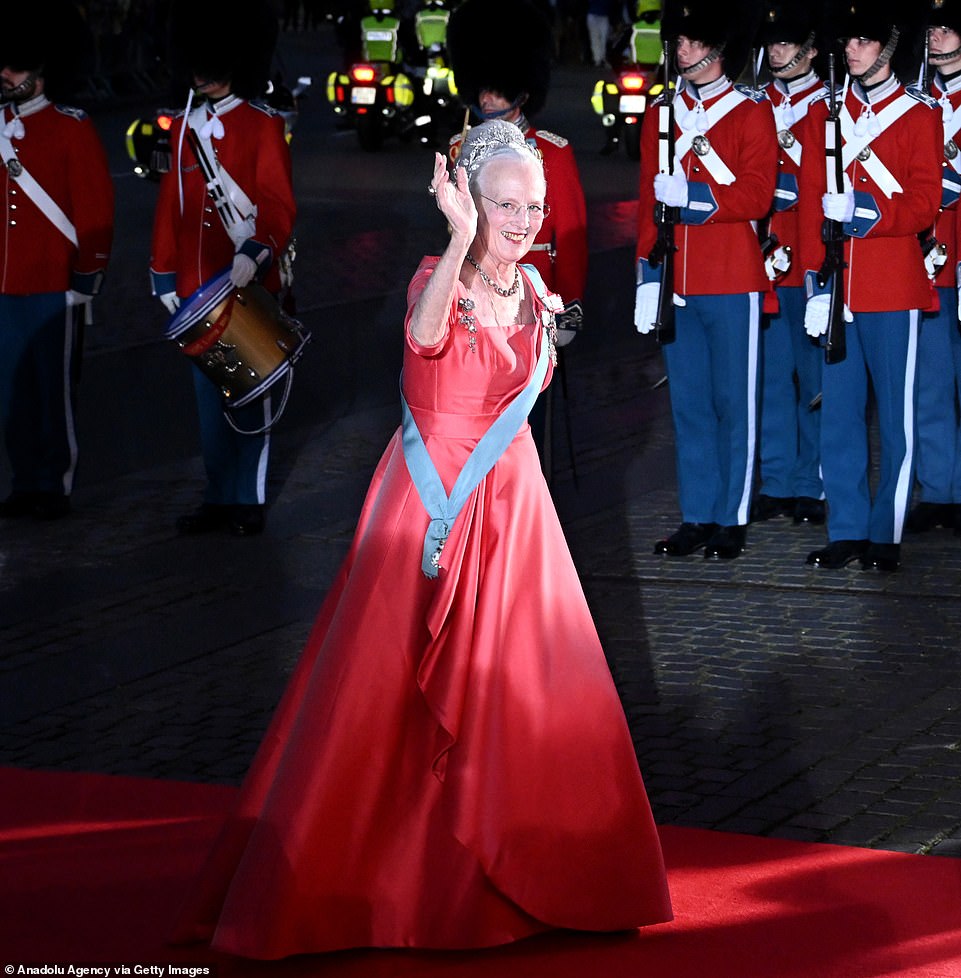 Denmark’s Queen Margrethe II, 81, described as a close friend of the late Queen and now Europe’s longest-reigning monarch celebrating her 50th Jubilee – will almost certainly be prominent among the European heads of state 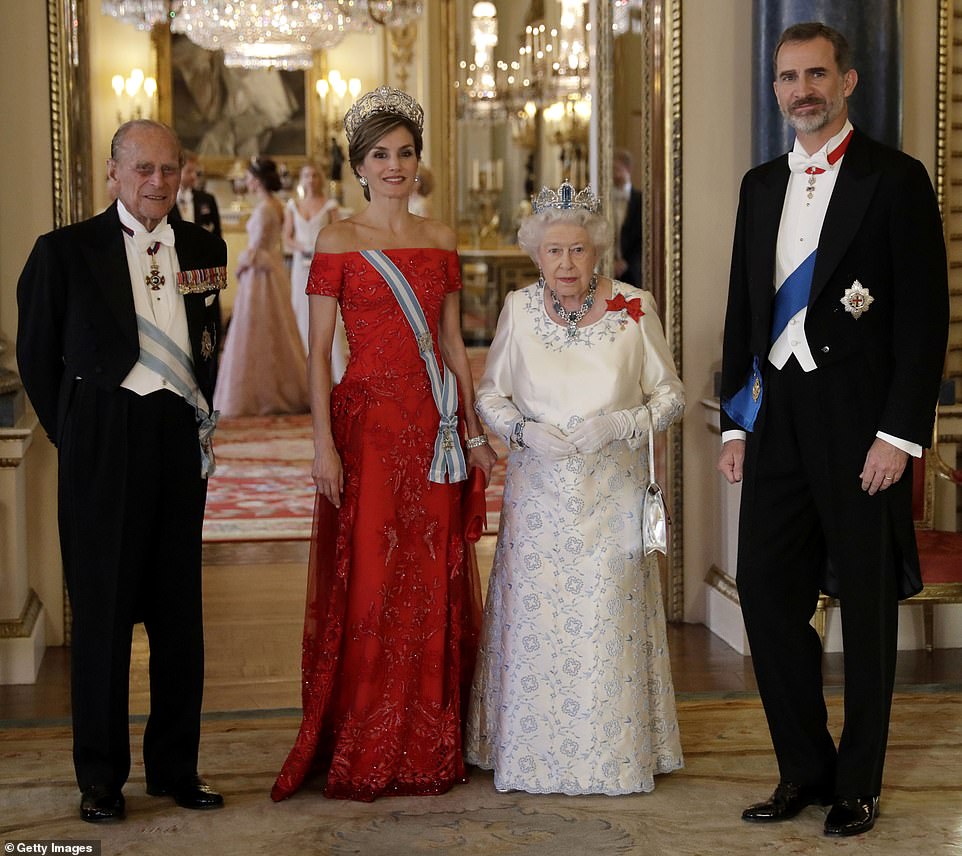 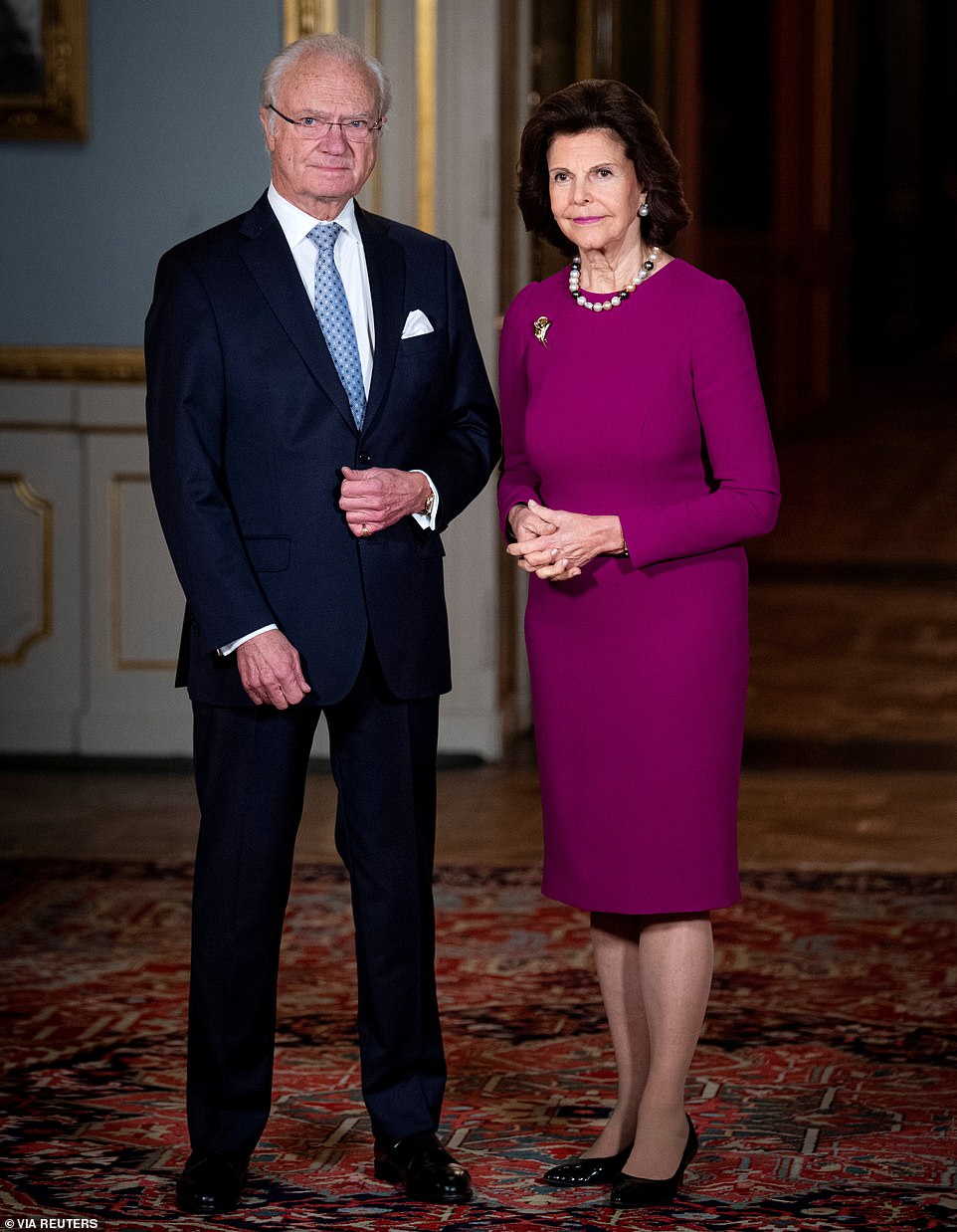 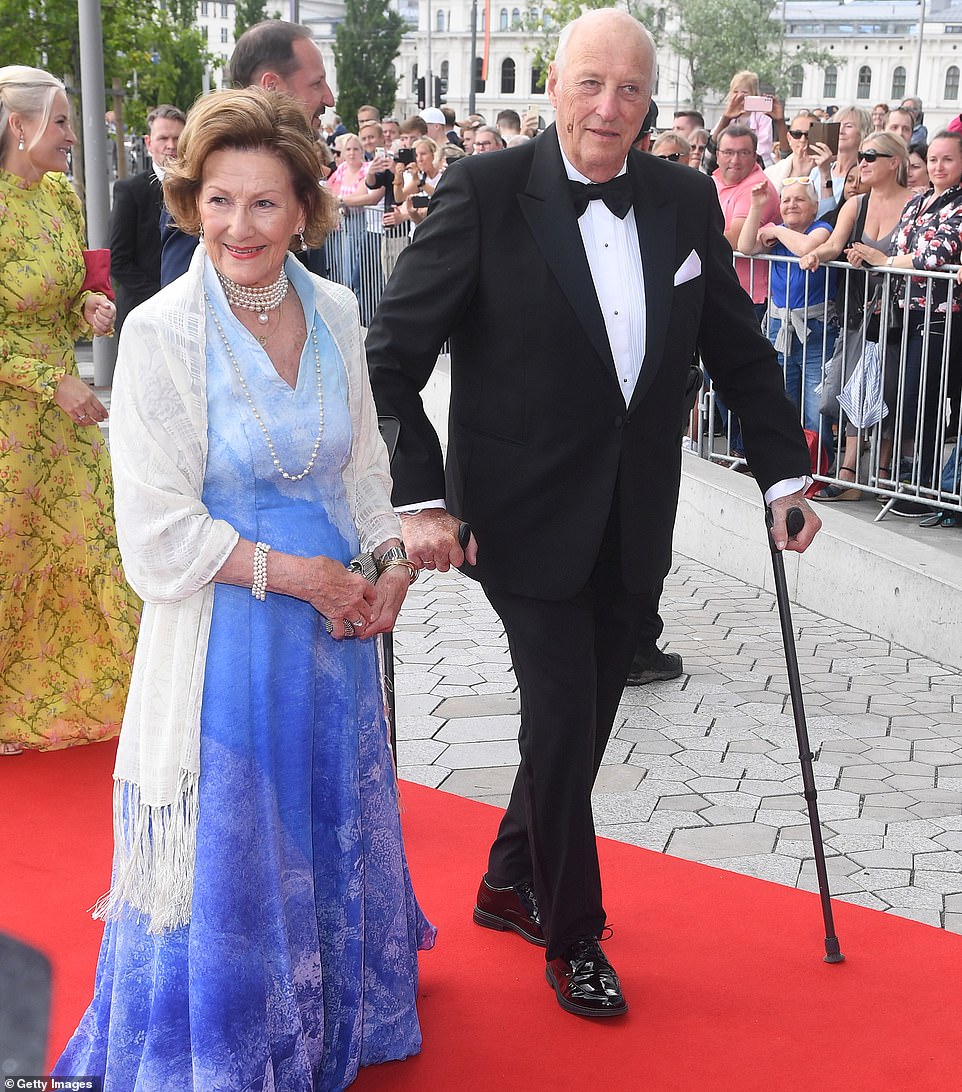 King Harald V of Norway (right) is pictured with Queen Sonja (left) at a museum in Oslo on June 16, 2022 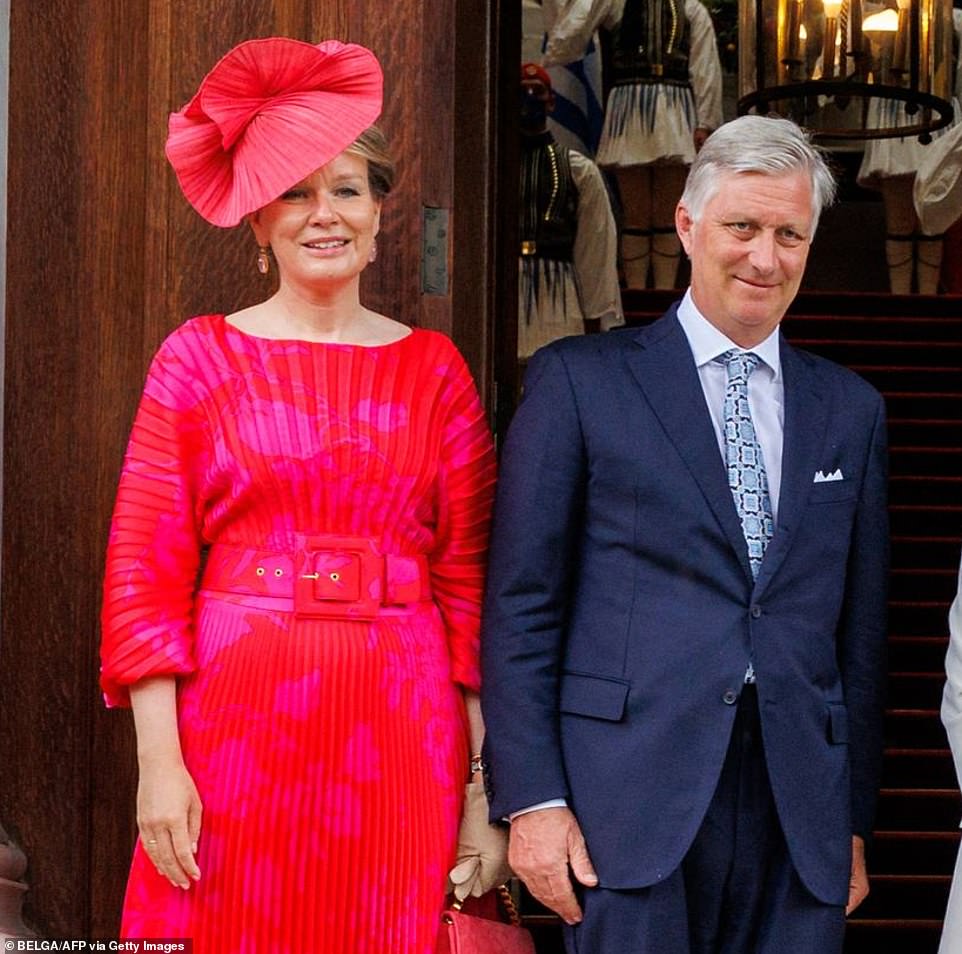 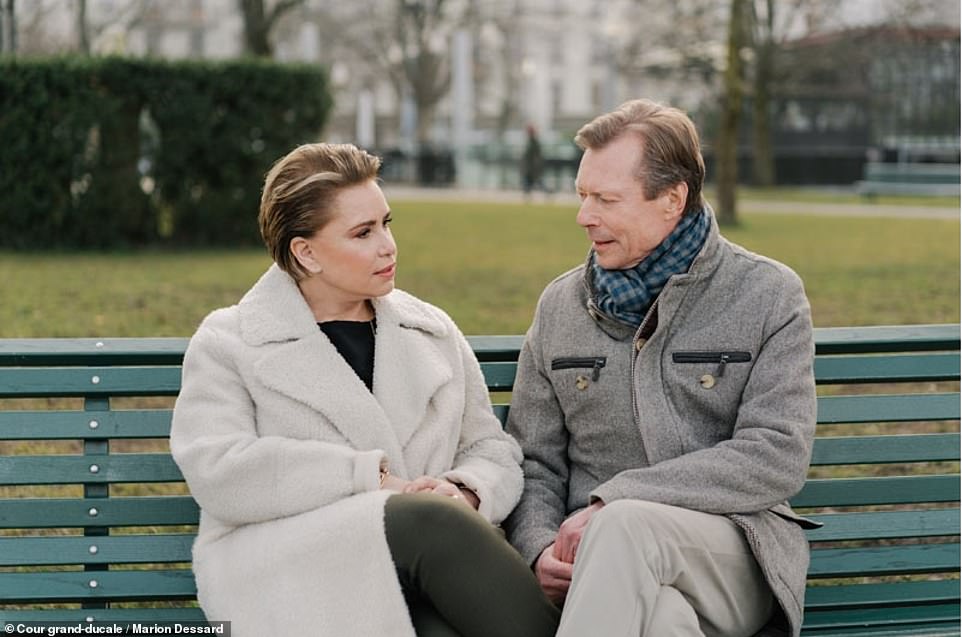 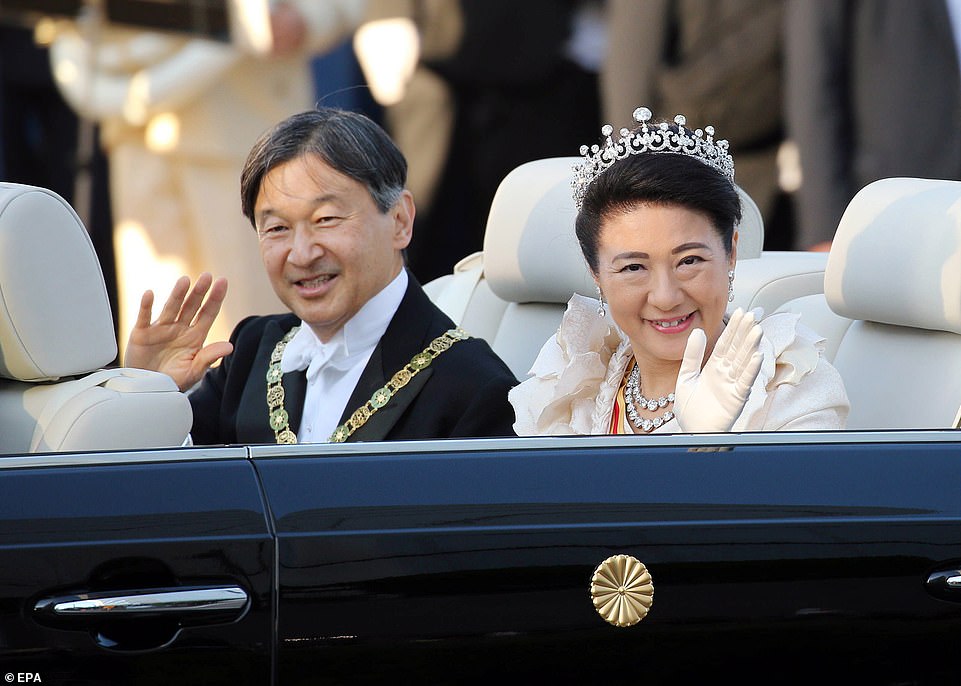 Monarchs likely to be in attendance at the Queen’s funeral include King Philippe and Queen Mathilde of Belgium, King Carl XVI Gustaf and Queen Silvia of Sweden, King Harald V and Queen Sonja of Norway, King Willem-Alexander and Queen Maxima of the Netherlands, Grand Duke Henri and Grand Duchess Maria Theresa of Luxembourg, and Prince Albert II and Princess Charlene of Monaco.

Other possible guests are Beatrix, former Queen of the Netherlands who abdicated in 2013, and the former King Constantine II and Queen Anne-Marie of Greece – who was deposed in 1973.

Outside of Europe, Japan’s Emperor Naruhito may well travel to London alongside Empress Masako and Prime Minister Fumio Kishida.

The funeral, and the surrounding events, are set to become one of the biggest events in Britain since the Olympics, with an estimated two million people flooding to central London every day.

It will also be a major diplomatic event, with scores of world leaders, many of whom developed strong relationships with the Queen over her long reign, attending the funeral.

They will be able to pay respects at her coffin, which will lie in state in Westminster Hall from Wednesday evening, and sign a book of condolences at Lancaster House.

After the funeral service the following day, Foreign Secretary James Cleverly will host a reception for political leaders in Dean’s Yard, in the grounds of the abbey, after which they will return by coach to west London to collect their cars.

The vast influx has forced the Foreign Office to encourage leaders to use commercial flights, warning that Heathrow is ‘not available for private flight arrangements or aircraft parking’.

Those that insist on travelling by private jet should head for ‘less busy airports’ around London, it added.

Helicopter transfers between airports and venues have been banned ‘due to the number of flights operating at this time’.