Who’s the fairest one of all? Julian Clary’s smutfest raises the roof in Snow White at the Palladium

The opening laugh of this show is heard on the Tannoy: ‘The management regrets to inform you that tonight’s performance will include Nigel Havers.’

He plays The Understudy – the running joke being that he’s completely useless (I’m not arguing) and a poor man’s Jeremy Irons. Havers is certainly in no danger of upstaging Dawn French, making her panto debut as wicked Queen Dragonella.

On the press night I was six feet from Jennifer Saunders, who was watching anxiously from her seat. She needn’t have worried. 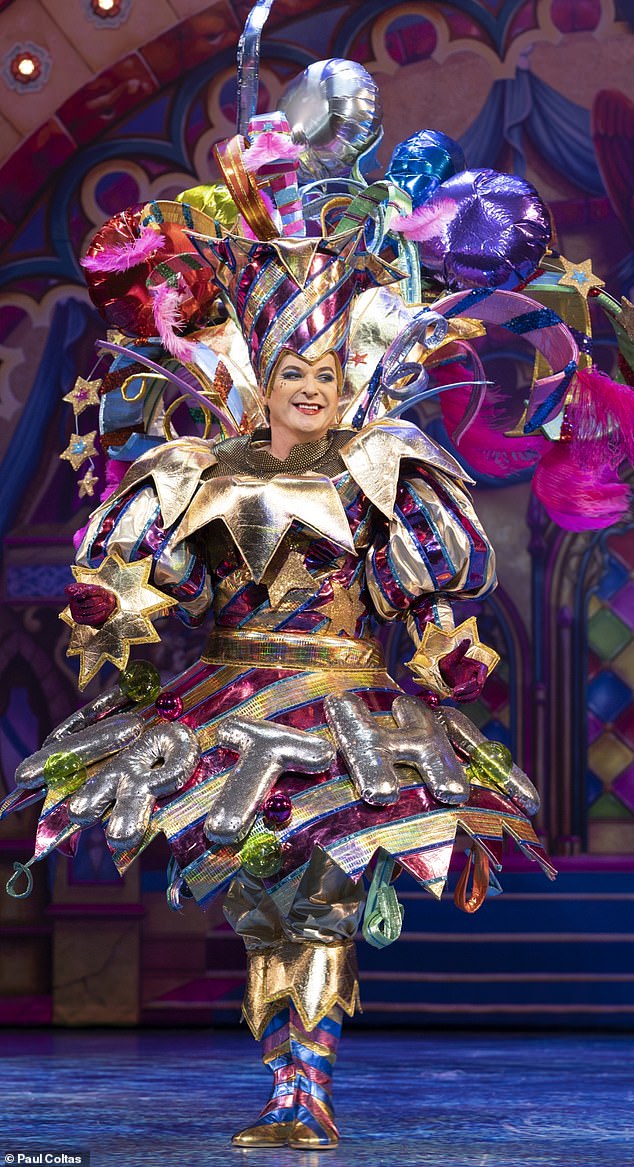 Dawn French makes her panto debut as wicked Queen Dragonella in Snow White. Panto stalwart Julian Clary co-stars as a relentlessly smutty The Man In The Mirror (above)

Her old pal looked utterly at home, doing tongue-twisters, a manic evil laugh and pawing the young Prince with tongue-lolling lust. As she reminds us, it could be worse. We could have got Ann Widdecombe.

Palladium panto stalwart Julian Clary is this year The Man In The Mirror, appearing in a series of monstrous costumes – the last being a vast trellis exhibit from the Chelsea Flower Show.

Even if you could afford to take children (the show cynically mocks its exorbitant seat prices), be warned: Clary’s smut is relentless.

Battered sausages are the least of it. It’s all delivered with his irresistible ‘Well, what did you expect?’ look. I nearly put my back out laughing.

Gary Wilmot lends a more traditional charm as the Dame, his great solo being a super-fast aria cataloguing all the stars who’ve appeared at the Palladium – an amazing feat of memory and a loving tribute to this venue’s glorious heritage.

Charlie Stemp is a gawky, shy Prince Harry of Hampstead, and there’s a lovely Snow White (Over The Rainbow winner Danielle Hope) to root for.

As King and Queen, Strictly stars Vincent Simone and Flavia Cacace flick their calves up in a really beautiful tango next to her sleeping form.

A big feature of Michael Harrison’s production is Muddles (top ventriloquist Paul Zerdin) and Sam, his anarchic puppet. They at one point swap voices.

There’s a full complement of proper dwarfs, a squad of acrobats pinging over a gym horse, flying reindeer and a vast hydraulic dragon. Kids do come up on stage but they looked rehearsed to me.

One major complaint. The cast refer to something alien called ‘winter festival’ rather than Christmas.

Mark Ravenhill’s latest piece puts a new slant on the #MeToo phenomenon, as deputy headmaster Edward, about to retire after 45 years and anticipating a lovely send-off, finds pupils rioting outside his home over historical transgressions.

Edward (Alun Armstrong) has something nasty in the attic, and it’s not difficult to guess what (the clue’s in the title).

At times he seems a quite reasonable chap, but it’s clear from Maggie Steed’s tremulous, watchful performance that his wife has also suffered at his hands. 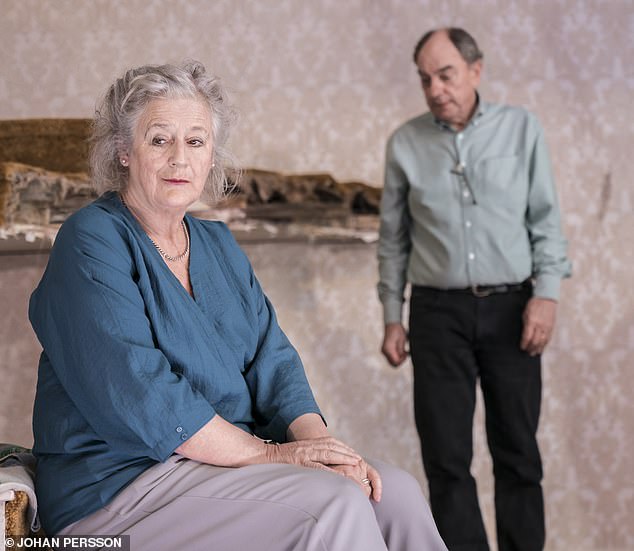 Mark Ravenhill’s latest puts a new slant on the #MeToo phenomenon. Alun Armstrong plays a retiring teacher with skeletons in the closet and Maggie Steed (above with Armstrong) his wife

The couple’s estranged – and vengeful –daughter Anna (Nicola Walker) is more confrontational and, banging on about educational ‘best practice’, she has her own worrying agenda.

Ravenhill doesn’t side particularly with any of these characters, and the tone of Vicky Featherstone’s sometimes airless production shifts throughout (the audience laughed in some of the oddest places) to unsettling effect.

If you’re hankering after an old-fashioned Christmas treat, free of gimmicks, gizmos or dirty jokes, you just can’t beat this Nutcracker.

Created by Peter Wright and designed by Julia Trevelyan Oman, it evokes a German provincial household in the early 19th century before moving through a series of spectacular transformation scenes into the gilded fantasy world of the Kingdom of Sweets.

And what a magical journey it is: the scene in which the Stahlbaum family’s Christmas tree expands to skyscraper proportions, accompanied by Tchaikovsky’s nobly swelling music, is heart-stoppingly beautiful. 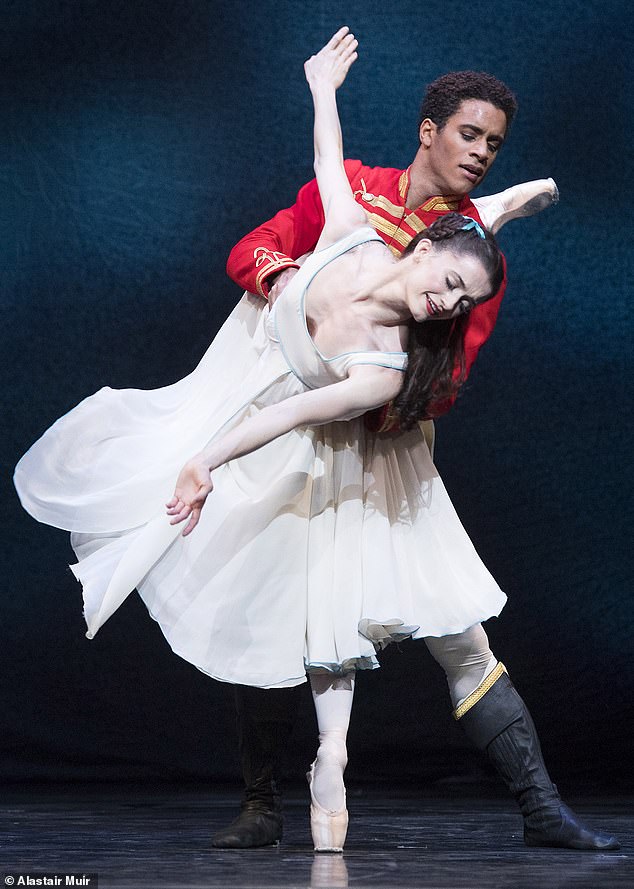 You just can’t beat the Royal Ballet’s Nutcracker. Anna Rose O’Sullivan and Marcelino Sambé (above) are among the impressive alternating casts and Tchaikovsky’s score soars

No less impressive is the exuberant final ensemble in which Clara bids farewell to her dream companions and returns to the snowy reality of her home town.

Without dishonouring tradition, Wright has subtly moulded the thin and illogical plot of the original Russian version into a coherent narrative.

There is a wealth of superb choreography and first-class dancers. Yes, this is a masterpiece. No wonder the Royal Ballet revives it year after sell-out year.

This Christmas the company fields a wealth of alternating casts, with the orchestra providing a most delicate account of Tchaikovsky’s jewel-box of a score.

Plenty of productions of The Nutcracker do the rounds at this time of year: all of them have their charms, but this is the gold standard.