Why a Florida holiday has it all

Plop! The iguana dropped from the tree into the water and nonchalantly swam away. ‘Yeah, we’re meant to be good at climbing, but it’s no biggie…’ he seemed to say.

This was Whiskey Creek Hideout at Dania Beach, where the vibe is so laid back that iguanas don’t sweat making a fool of themselves slipping from branches and we humans can get so lost in the bayou that our problems can’t find us.

We were kayaking through the Dr Von D Mizell-Eula Johnson State Park, mere yards from the bustle of downtown Fort Lauderdale and the ocean-going cruise liners of Port Everglades.

Float on: Kayaking at Whiskey Creek, where iguanas were spotted going for a dip

The sun beat down but the water was cool and shallow, the trees shady. Expert guides knew the waterways well and kept up a running commentary on the spectacular wildlife.

The paddling was just strenuous enough to work up a good appetite for a beer and maybe a blue crab burger or conch fritters back at the café.

Now laid-back is lovely, but the need for speed can be strong. So it was off to the wide open spaces of the Everglades.

‘Swamps’ don’t sound very appealing but this vast tract of wetland is an ecological gem, crisscrossed by roads on raised levees and home to a plethora of wildlife, including alligators.

At Sawgrass AirBoat tours, the sun was sinking as we stepped aboard. The boats barely skim the surface of the water and are powered by a huge propeller at the rear like a massive desk fan. 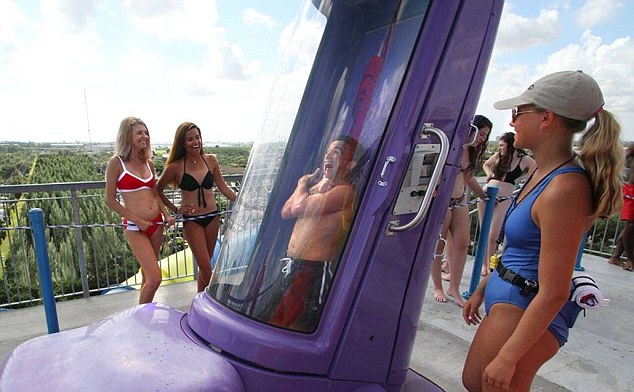 The late Tom Petty was a Florida boy and his line ‘Tonight we ride…’ never seemed more appropriate as we jammed in ear plugs, the huge motor fired up, and we raced straight into darkness.

The sensation of speed was astonishing as we glided over water and discovered that what looked like solid land was merely the tips of plants growing up from the depths.

Lightning lit the sky as thunderclouds towered – the area is so flat, the storm was more than 40 miles away but seemed on top of us.

And suddenly among the dark grass and water was a gator. Measure the distance between its eyes and nostrils in inches and that’s how long the gator is in feet, we were told, as the lightning highlighted a glittering array of teeth set in a bad-boy grin.

Quite the honour to meet an apex predator with a 180 million-year track record on his home ground.

Our base was The Diplomat Beach Resort, a legend on the South Florida shore and rightly so.

On a wall was a permanent sign, ‘The weather outside is hot’. It sure was, but the only thing warmer than the water temperature off The Diplomat’s sandy beaches was the staff welcome.

Cool air from the lively lobby reaches out to kiss you as you retreat from the heat to spacious bedrooms with jaw-dropping ocean views and there are food and shopping options for all.

At breakfast, The Diplomat’s omelettes set us up for a trip aboard Ultimate Florida Tours’ Segway.

These two-wheel contraptions are simplicity itself to ride on and make light work of zooming along Fort Lauderdale’s promenade and out into the countryside beyond.

It’s a great way to people watch and get your bearings, and to spy a place for an evening meal – the choice, from burger bars to upscale restaurants, is fabulous.

A little farther up the coast is the fabulously named Jupiter. At the Jupiter Inlet Island Lighthouse, they explained the name came about from a misunderstanding between English settlers and the local tribes over the pronunciation of their name. 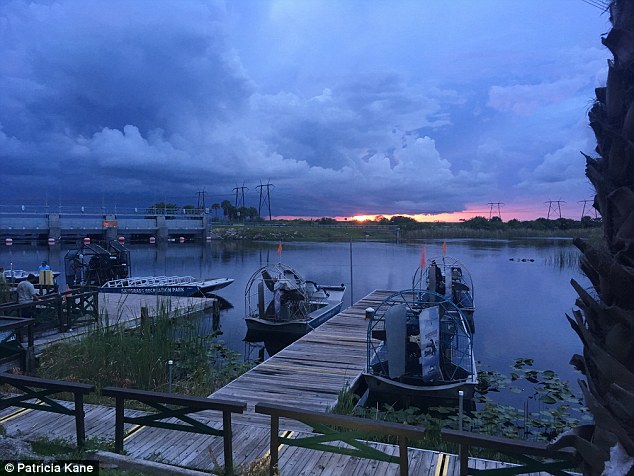 The lighthouse dates from 1860 and offers commanding views of boats settling sail for the Bahamas, just a stone’s throw away.

Music pumped, drink flowed, and soon the boat was hove-to and its onboard trampoline was bobbing in the water while passengers slid down the boat’s chute into the clear and astonishingly warm water.

Few people walk in America, but the beautifully appointed Hilton Garden Inn, overlooking a charming lake in Palm Beach Gardens, is so close to some amazing shops and eateries that we could see them as we lazed in the hotel pool.

We strolled in to The Gardens Mall, a bright and breezy complex with astonishing value for money.

Although we have aped the mall experience in the UK, nothing compares to the real deal Stateside.

At Cooper’s Hawk Winery, there was time to let the credit card cool as we enjoyed super-fresh tuna sashimi and Southern shrimp. 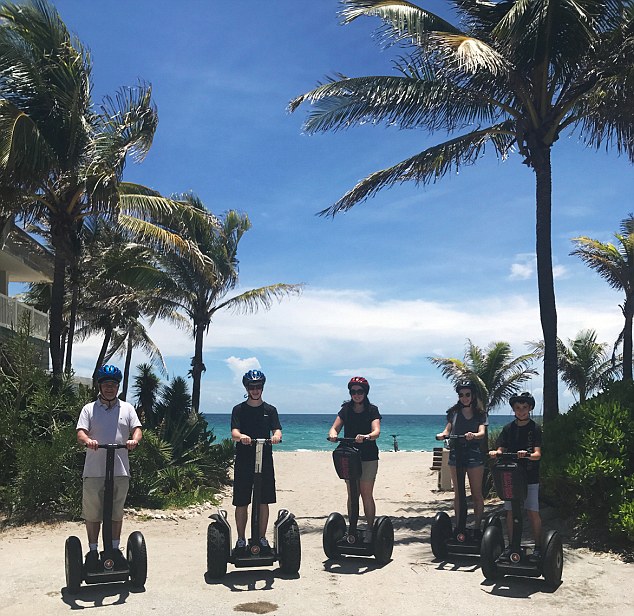 Segways, remarked Patricia, are a great way to people watch and get your bearings, and to spy a place for an evening meal 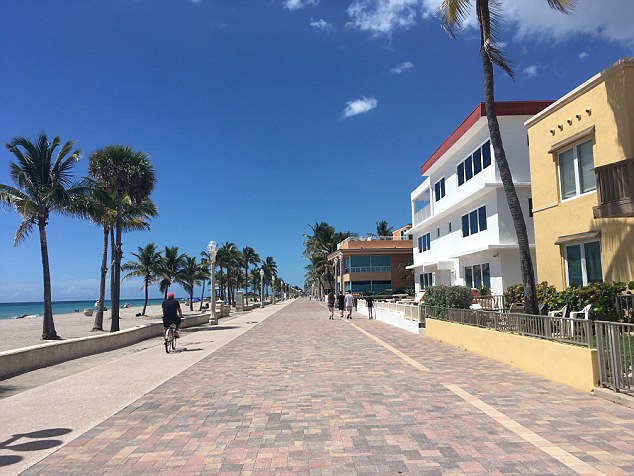 We met more gators out at Palm Beach Zoo where the emphasis is on education and conservation. There’s Mardi, a white alligator whose colouring means survival in the wild is unlikely, and Fred and Wilma, a very happy couple.

Just as they were right at home in the water, so my children adored Rapids Waterpark. With enough shade to keep non-participants happy, the park has gentle slides for younger children and frankly insane ones for thrill-seekers.

In complete contrast, the Flagler Museum is an oasis of calm and old world charm.

Oil magnate Henry M Flagler was attracted by the Florida climate and drove a railway line deep into the state. You can see his elegant home and board the personal train he used to inspect his handiwork.

He transformed the southern part of the state from a swampy backwater to today’s glittering jewel in the crown of the Sunshine State.

Locals offered to call Miami after him, but he demurred and the city took the name of its main river.

Flagler Vice? Not much of a ring to it – but southern Florida still has all the charms that entranced Mr Flagler.