Why blue pills can work better than red ones

Non-drug treatments such as yoga and herbs are often dismissed as no better than placebos by sceptics.

But such methods have just acquired a heavyweight champion who claims in a new book that when it comes to chronic conditions such as pain, high blood pressure and depression, conventional drugs are also little better than placebos.

‘Most work, at best, for only about 20 to 30 per cent of patients,’ says Dr Wayne Jonas, a professor of medicine at Georgetown University in Washington DC.

‘Even that may be an overestimate,’ he adds.

But rather than it being an argument for or against alternative therapies or mainstream pills, Dr Jonas — who’s been director of the Office of Alternative Medicine at the American National Institutes of Health, and of the World Health Organisation’s Center for Traditional Medicine — says the problem is that doctors don’t make enough use of this placebo effect.

‘Rather than using placebos solely to test treatments, we should apply new research that shows just how potent placebos can be when used to maximum effect.’

He’s used scientific methods to try to find out why a placebo needle is more effective than a placebo pill for pain, or why blue placebo pills are better for psychiatric conditions than red ones (it’s because blue is relaxing, while red is stimulating).

Dr Jonas says such medicines ‘can produce improvements in the region of 70 to 80 per cent of patients if applied properly’.

One way to enhance any treatment’s effect is to deliver it in a supportive social setting. He cites a study by Harvard University on patients with irritable bowel syndrome. They were all given a fake acupuncture treatment — needles placed at random — and different levels of social support.

One group was treated by a largely silent practitioner; another by a practitioner who explained the treatment and was very positive about the benefits. 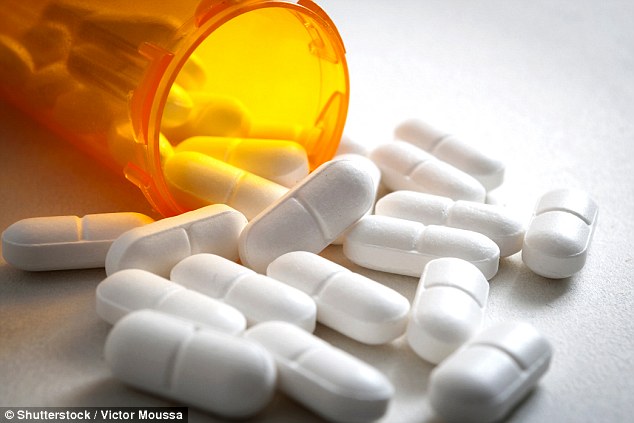 Feelings: Dr Jonas’s research has also revealed that for a treatment to have the optimum effect, it must ‘emotionally connect’ with the patient

The third got the strongest reinforcement — an upbeat presentation given by a professor from a top medical school. The patients in this group obtained results better than those for the best approved drug.

Dr Jonas’s research has also revealed that for a treatment to have the optimum effect, it must ‘emotionally connect’ with the patient; a doctor needs to know what sort of person the patient is, not only their symptoms.

He gives the example of a 35-year-old woman who saw him for a repeat prescription for three drugs to treat chronic neck pain because her doctor was away. The pain affected her sleep, so as well as an opioid painkiller, she took a muscle relaxant and a sleeping pill.

Talking to her, he found out she worked part-time and had three teenage boys. She also got up to urinate as often as six times a night. ‘That all said stress to me — she had to look after the three boys and hold down her job,’ he says. ‘Neck pain and poor sleep could certainly come from stress, and so could frequent urination.

‘I explained there were all sorts of ways to relax to trigger a healing response — such as spending more time in nature, volunteering, taking herbs or listening to music, but it had to be something she felt really drawn to. Something she’d always wanted to do was yoga.’

After doing yoga three times a week for two months, her symptoms cleared up and she came off the pills. Dr Jonas says it was successful because yoga specifically appealed to her. ‘If she had been given a relaxation method she didn’t feel strongly drawn to, it probably wouldn’t have performed any better than a placebo.’

This element of ‘personal connection’ to a suggested treatment is also being used in the UK. ‘Social prescribing’ centres offer activities such as dance classes, knitting groups or cookery clubs that can give the emotional and practical support GPs can’t usually offer.

A recent report on one centre, in Frome, Somerset, revealed the number of emergency hospital admissions in the three-year study fell spectacularly.

Across Somerset they rose by 29 per cent — in Frome they fell by 17 per cent.

At his practice, a staff member delivers personalised social prescriptions, from exercise to gardening, and advice on matters from relationships to housing.

‘Thoughts and feelings release all sorts of chemicals in the brain, let’s take advantage of that,’ says Dr Dixon. ‘Used properly, it could save the NHS millions.’