Why Bob Hawke’s daughter is demanding $4.2M from his estate

Bob Hawke’s wayward daughter is demanding a $2.5 million house in Sydney kitted out with $4,000 worth of towels in her lawsuit against his estate.

Rosslyn Dillon is contesting the former Prime Minister’s will, claiming the $750,000 he left each of his children is not enough and she instead needs $4.2 million.

The recovering heroin addict also detailed explosive claims that she was raped by a Labor MP in the 1980s and Mr Hawke covered it up to protect his career.

Bob Hawke’s wayward daughter Rosslyn Dillon is demanding a $2.5 million house in Sydney kitted out with $4,000 worth of towels in her lawsuit against his estate

Her affidavit, filed in the NSW Supreme Court on Friday, reveals she is on welfare, lives in a squalid flat, and had all her teeth ripped out.

Ms Dillon’s list of demands, itemised in the claim obtained by the New Daily, begins with $2.5 million to buy a house in Sydney’s eastern suburbs.

This would be a huge upgrade on her one-bedroom flat she claims is in need of repair and infested with cockroaches – despite its $500 a week rent. 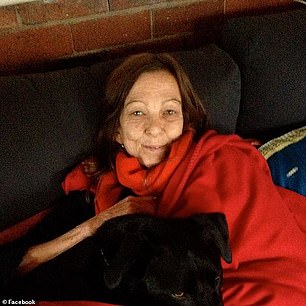 Rosslyn Dillon (pictured) alleged she was raped three times in the 1980s by Bill Landeryou, a close friend of Hawke’s who died in February

Ms Dillon suffers from depression, anxiety, PTSD, and agoraphobia and said she lives on a $1,852.40 per month disability pension.

She claims the $750,00 set aside for her in Mr Hawke’s will was not enough to buy a Sydney home and would slash the pension that is her only income.

The 59-year-old’s affidavit cites Australian Bureau of Statistics estimates that she will live another 27.6 years and would therefore need $1.2 million in expenses.

The upmarket house would have its kitchen and bathroom renovated for an extra $30,000 each, and be kitted out with all-new gear. 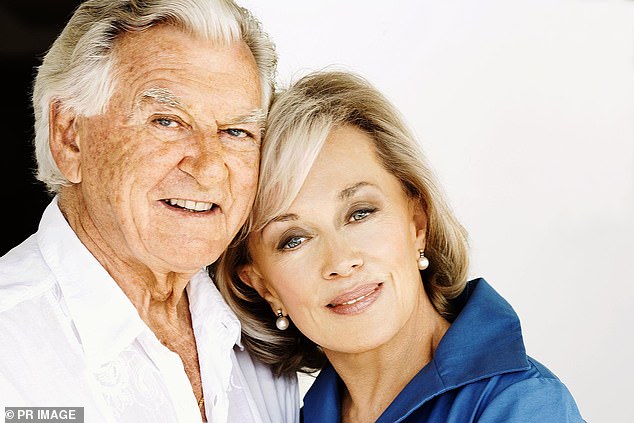 Mr Hawke’s second wife, his former biographer Blanche d’Alpuget, received the bulk of his estate including the $14 million proceeds of selling their Northbridge mansion months before his death 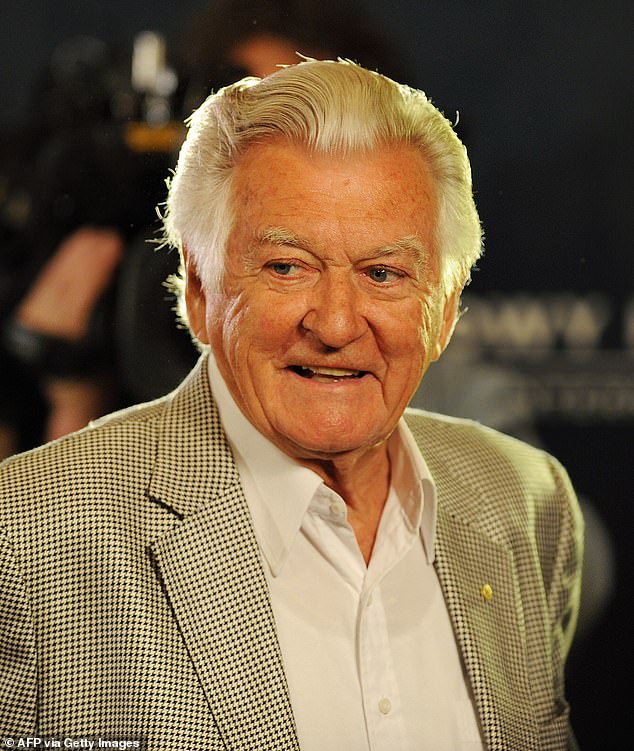 Ms Dillion wants $30,000 for a full mouth of implanted dentures to replace the ones she has been wearing for the past five years. 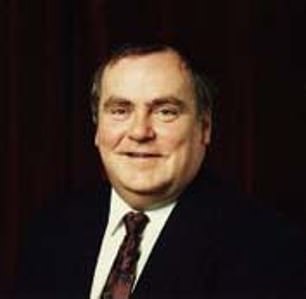 Bill Landeryou (pictured) was a close friend of Hawke’s. He died in February this year

Mr Hawke’s second wife, his former biographer Blanche d’Alpuget, received the bulk of his estate including the $14 million proceeds of selling their Northbridge mansion months before his death.

Ms d’Alpuget now lives in a $3.9 million flat in One30 Hyde Park she and her late husband bought earlier this year in her name.

She previously dismissed Ms Dillon’s brewing legal challenge as being fuelled by grief at her father’s death.

Another of Mr Hawke’s daughters, Sue Pieters-Hawke, told the website that the family knew of the rape allegations and that they had distressed their father.

She insisted the family were supportive at the time but that it ‘didn’t involve using the legal system’.

Ms Dillon alleged in the affidavit that she was raped three times in the 1980s by Bill Landeryou, a close friend of Mr Hawke. 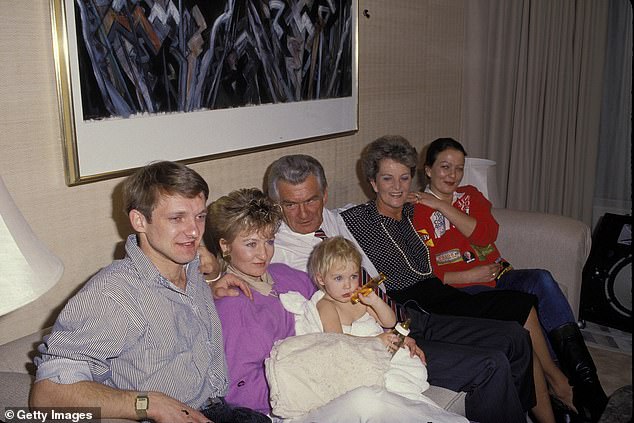 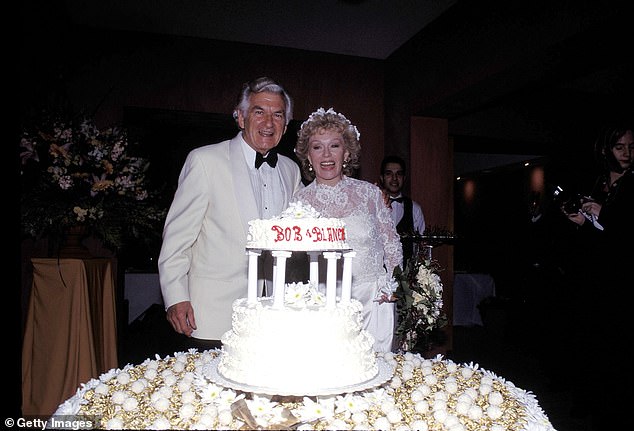 He feared it could derail his political career when he was on the cusp of becoming Labor leader.

In a detailed affidavit reported upon by The New Daily, the former Prime Minister’s daughter explained that she told her father of the alleged rape soon afterward at their Melbourne family home.

‘You can’t go to the police,’ she claims her father said.

Ms Dillon admitted she was ‘shocked and hurt that (my father) asked this of me’.

As a result of pressure from her father, once one of Australia’s most beloved politicians, she never went to the police.

Now a mother-of-two, she explained she was still ‘haunted’ by the assaults as she was never able to get closure because of her father’s demands. 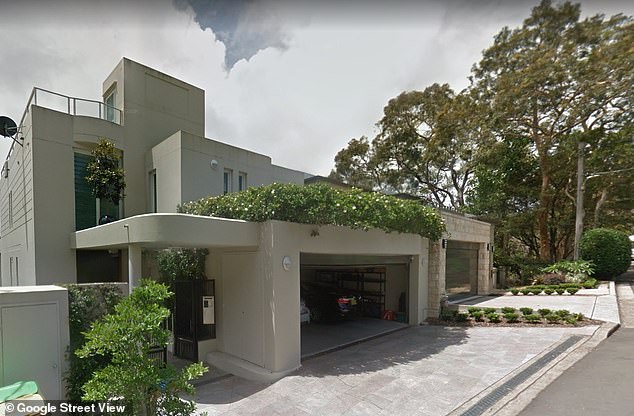 According to an affidavit submitted by Rosslyn Dillon, she told her father about the rapes in the 1980s.

Hawke: ‘What? he touched you?’

Dillon: ‘No, he forced me to have sex with him three times. I want to go to police.’

Hawke: ‘You can’t. I can’t have any controversies right now. I am sorry but I am challenging for the leadership of the Labor Party. You can’t go to police.’

‘I thought to myself, I could not make any bigger sacrifice to the (my father’s) political career if I had tried,’ the affidavit said.

‘He asked me to let the matter go for him and I did so for him.’

At the time, Mr Hawke was close friends with Landeryou, an MP in the Victorian Upper House.

He was one of Mr Hawke’s chief supporters in his bid to become prime minister, and had his own state funeral held in March.

Ms Dillon went on to say that soon after the rapes, she fell pregnant and initially planned an abortion, having feared the child was Landeryou’s. 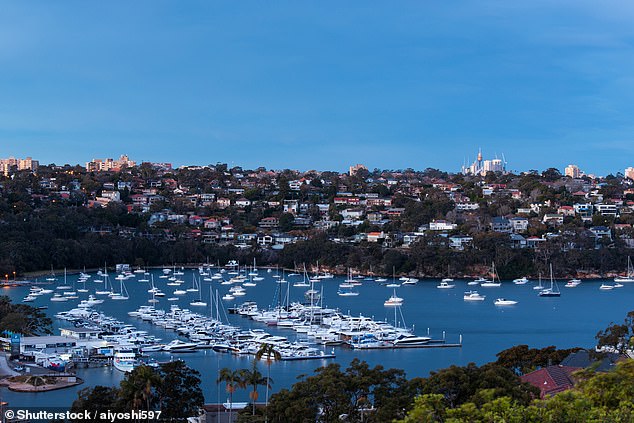 The off-market sale reaped far less than the $15million figure previously reported in the media, including Daily Mail Australia (pictured is a view of Middle Harbour similar to that from the mansion) 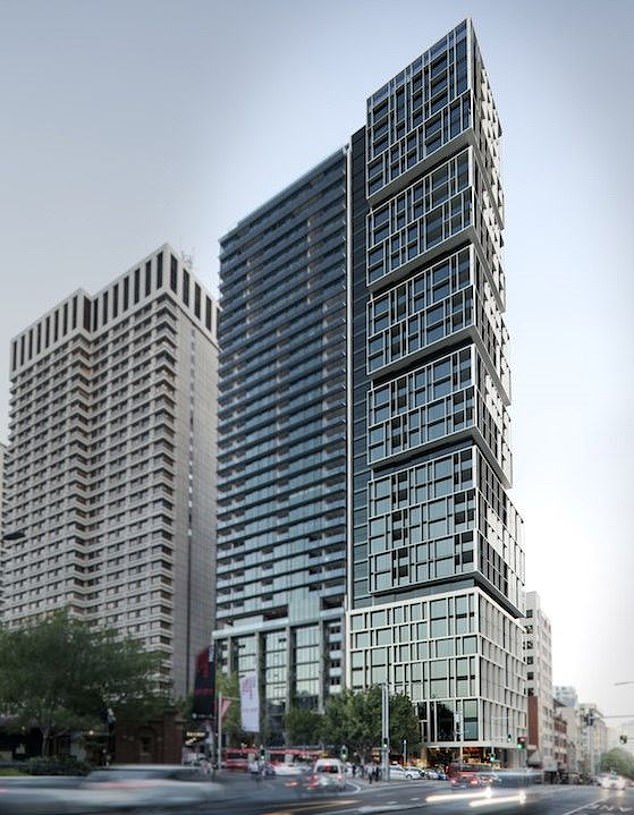 Then there was a $3.6million apartment (building pictured) with views of Sydney Harbour and Hyde Park which is likely to have appreciated in value since they bought it in November 2015

But she soon discovered the late MP was unable to have children, so kept the baby – her now grown son David – on the assumption it was  her husband Matt’s child.

Ms Dillon had been using heroin in the early 1980s when her father intervened to get her a job in Mr Landeryou’s office.

It was then the sexual touching began, she claimed.

‘During the time I was employed there I was often alone in Landeryou’s office. At some time he started to touch me in a sexual way,’ she stated.

‘Landeryou sexually assaulted me three times – at the Hilton Hotel, at Parliament House and at his home in Sunshine, where he sneaked into the spare room where I was sleeping.’

Mr Hawke took over the Labor leadership from Bill Hayden in February of 1983 and the following month led the ALP to an election victory which began 13 years in power.

Ms Dillon submitted the allegations as part of her claim for a larger chunk of her late father’s estate.

The 59-year old former drug addict was left $750,000 from the estate of Australia’s longest-serving Labor prime minister, following his death in May aged 89.

She claimed that this does not provide adequate provision for her.

Her eldest sister Sue, 62, and brother Stephen, 60, are also being left the same amount, as is Mr Hawke’s stepson Louis Pratt.

His widow and biographer Blanche d’Alpuget was left with everything else, including his luxury $9.2 million mansion and $3.6 million apartment overlooking Sydney Harbour.

Mr Hawke’s caused controversy when he married his biographer Ms d’Alpuget, with whom he had conducted a long-running affair before leaving his wife in 1995.

His divorce from his wife of 38 years, Hazel Hawke, left him estranged from his children for years.