Why can people get cleaners in but I’m banned from inviting mum over?

Q: Why are people allowed to have their cleaner come to the house now, but I can’t have my parents round? It seems ridiculous.

A: Official advice, as part of the easing of lockdown, is that cleaners are once again permitted to come to the house – so long as you remain at least two metres apart. And the fact they can, but your own parents can’t, isn’t quite as strange as it sounds, according to Keith Neal, Professor of Epidemiology of Infectious Diseases at the University of Nottingham.

Keith Neil, professor of Epidemiology and Infectious Diseases at the University of Nottingham said it is easier to socially distance from your cleaner rather than your parents

He says: ‘It is much easier to socially distance with a cleaner – you can sit in a separate room and each wear masks, for example. And having two extra people inside the home, such as parents, doubles the risk of infection, compared to just one.

Cleaners are considered important as thousands of vulnerable and disabled Britons rely on them to ensure their home is safe. ‘They sanitise surfaces, eliminating the virus,’ adds Prof Neal.

Q: Some people say we should wear a mask even when running in the park. I’m rarely close to anyone, and besides, I can’t breathe. Surely it’s not really necessary?

A: The Government has instructed us to wear non-medical masks in places where social distancing is not possible.

This is not to protect you, but others around you, as studies suggest that up to 80 per cent of people could carry the virus without knowing it. However, the guidance states that masks do not need to be worn outdoors while exercising, or if you have breathing problems while wearing one.

So if you’re running, be extra cautious about keeping your distance – some research suggests that the virus could spread further by deep breathing during exercise. 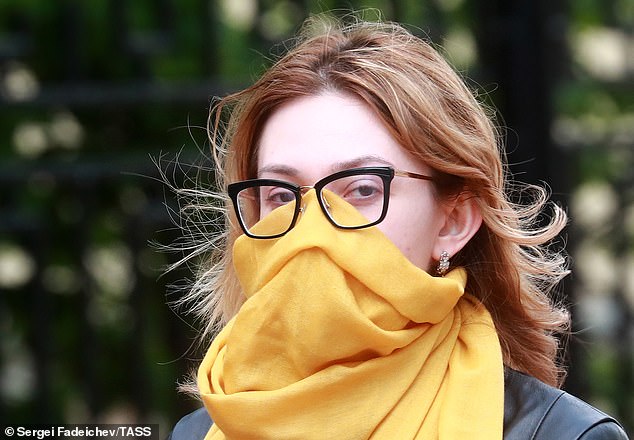 Q: The ‘R’ number has increased, apparently. Does this mean the number of people getting infected is rising again – and is the easing of lockdown to blame?

A: The ‘R0’ number is the Basic Reproduction Number – an epidemiological metric used to describe how contagious an infection is. Broadly, it refers to how many people, on average, will be infected by every one person who has the disease. At the start of the pandemic, the R0 may have been as high as three, going by how rapidly it spread. This figure is not constant, and is influenced by a wide variety of factors including behaviour.

On Friday, official statistics revealed that this number had marginally increased from the week previously – from between 0.5 and 0.9, to between 0.7 and one. It’s crucial that the ‘R’ stays below one – which means every person who has the infection passes it to fewer than one more – in order to stall the growth of the pandemic. However, this slight rise is not an indication that things are getting worse.

Fluctuations week to week are to be expected due to regional changes which may skew the overall average.

It is also possible the overall ‘R’ has been pushed up by cases in care homes – which is not a true representation of spread within the community.

Q: I’ve been told I have to go to work. Is public transport safe? What about taxis?

A: The Government has recommended travelling to work by bicycle or walking, to avoid crowds on public transport. However for many, this simply won’t be possible.

A few simple measures can reduce the risk of infection on public transport. 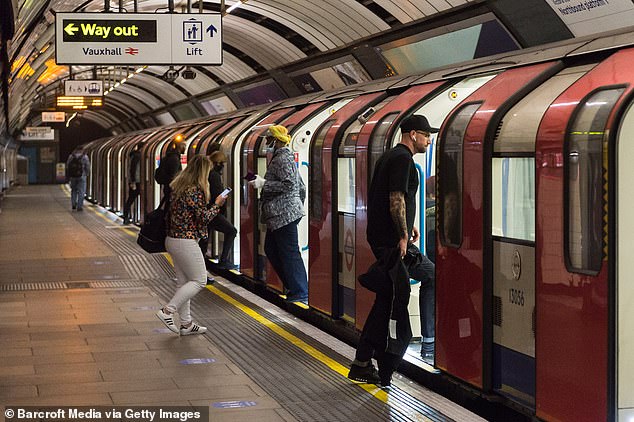 ‘And, if possible, try to travel at off-peak times when there are fewer crowds. Don’t bother wearing gloves – natural anti-bacterial oils in our hands provide greater protection against the virus and there’s a high risk of contamination when removing gloves. Just make sure you wash your hands.’

You may be less likely to become infected travelling by taxi – but only certain types.

‘Black taxis have a plastic partition between the driver and passenger,’ says Prof Neal. ‘But in private hire cars, you’re close to the driver, and statistics show cab drivers and chauffeurs have extremely high rates of infection. In both cases, wearing a face covering, staying as far away from others as you can and washing hands thoroughly, will keep you as safe as possible.’