Why do British visitors to Ibiza still have to quarantine?

British holidaymakers have been told they can travel to the Spanish islands but will still have to go into quarantine when they return home.

The Foreign and Commonwealth Office has advised UK travellers against all non-essential travel including holidays to mainland Spain.

But this does not apply to the Canary Islands – Tenerife, Fuerteventura, Gran Canaria, Lanzarote, La Palma, La Gomera, El Hierro and La Graciosa – and the Balearic Islands – Mallorca, Menorca, Ibiza, and Formentera.

However, people returning from anywhere in Spain – including the Canaries and Balearics – are now required to go into 14 day quarantine on return.

The Spanish government and Britain’s travel industry trade body, the Association of British Travel Agents, argue it is not necessary for the Canaries and Balearics to be included in the quarantine, pointing out that infection rates on these islands are low. 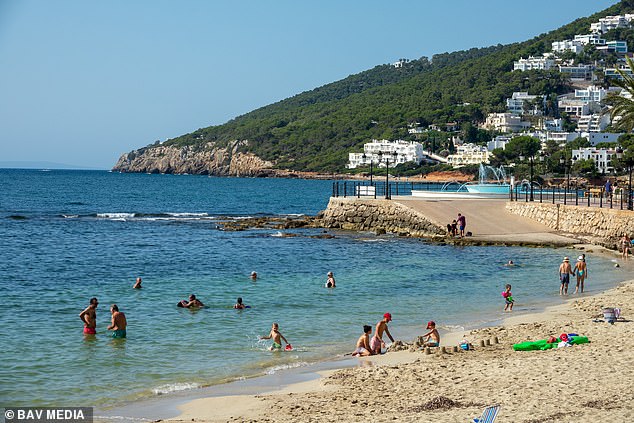 But one British tourist tested positive for Covid-19 in Lanzarotte last week, and the UK Government fears that if the islands were exempt this could allow a loophole in the system.

In theory, someone on holiday in Spain could fly home via Majorca and avoid quarantine.

Tourism leaders in Ibiza say hotels will be forced to close as a result of the UK government’s quarantine decision.

The British market is number one for the island which had already been hit by the lack of bookings during the coronavirus crisis and the closure of all its big clubs due to health regulations imposed by the Balearic government.

Ibiza’s tourist director, Juan Miguel Costa, said the need for Britons to quarantine on their return if they decided to holiday in Spain would make it ‘unfeasible’ for them to choose the island. 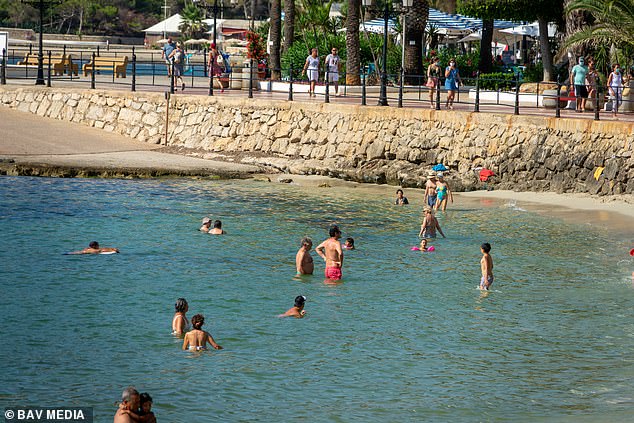 He told island newspaper Diario de Ibiza: ‘With the dependence that we have on the British in different parts of the island, it is a blow to our entire waterline, it is a blow to the sector in full force,’

‘The island is already registering cancellations of British tourists, which will cause many hotels dedicated to British tourism to end up closing. They cannot survive.’

Ibiza is now pinning its hopes on the governments of Spain and the UK reaching an agreement to create a ‘safe corridor’ between the Balearics, as well as the Canaries, so that British tourists are exempt from the quarantine requirement.

Mr Costa said he felt the Balearic Islands ‘are being penalised’ by the second wave of Covid-19 infections mainly on the Spanish mainland.

‘In the end, state policy is made and everything is put in the same bag, but the incidence in the Balearic Islands is low,’ he said. 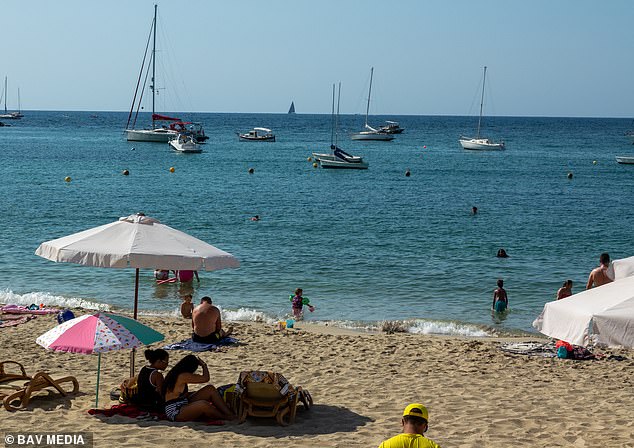 The UK Government has introduced travel and quarantine controls for Spain following a spike in cases around Barcelona, Zaragoza and Madrid.

Some 1,904 new cases were reported last Friday, which was the highest since late April.

A spokesman for ABTA said: ‘Abta has said consistently that protecting public health must be the priority at this time, and it is vital to base decisions about travel on the best health and scientific advice.

‘We suggest the Government considers lifting the quarantine rules for flights to and from certain regions with lower infection rates, or to places such as the Balearic Islands or the Canaries – which are geographically distinct from mainland Spain – to avoid further damage to the UK inbound and outbound tourism industries.’

Summer 2020 is turning into a chilling one

BY MARK PALMER, TRAVEL EDITOR FOR THE DAILY MAIL

That’s it for holidays abroad this summer.

The sorry truth is that the Government’s decision to advise against all non-essential travel to mainland Spain – and re-impose a two-week quarantine – will have a dramatic knock-on effect, as millions of families rethink their travel plans. And all this just when it seemed like overseas travel was finally struggling back onto its feet.

Foreign Secretary Dominic Raab made clear yesterday that other countries could be next.

Refusing to apologise, he said he and his Cabinet colleagues ‘must be able to take swift, decisive action’. Yet such swift action was sadly lacking back in April, when people were still pouring into Britain from all over the world, bringing the virus with them, without going into quarantine.

Since then, there’s been hardly any ‘action’ at all on testing arrivals at airports.

Instead, we now have a blanket rule for Spain – the most popular destination for British tourists – which could affect up to two million people in the coming months. The decision was taken late on Saturday after ministers discussed rates of infection in Spain. But the data was available on Friday, meaning the announcement could have been made more than 24 hours earlier, before thousands had set off for the airport, and giving those in Spain time to change their plans.

True ‘decisive action’ surely would have made a clear distinction between mainland Spain, which has seen a surge in infections, and the Canary Islands, Majorca, Menorca and Ibiza, where there have been fewer cases.

Yes, the Foreign Office has said that we can visit the Canaries and Balearics. But we will still have to quarantine for 14 days on our return. It’s increasingly difficult to track and trace the Government’s thinking on travel, whether it’s the ‘air bridges’ debacle, which cruises to avoid, the continued red-listing of Portugal and now a blanket ban on travel to mainland Spain with hardly any warning.

Thousands will now have to start the grim process of seeking refunds from holiday companies and airlines, or accept vouchers, while travel firms who had hoped to claw back some money in August will find themselves plunged back into crisis. The summer of 2020 is turning out to be a chilling one.