Why everyone in Melbourne needs to wear a mask: Acting Chief Medical Officer’s COVID’19 safe plea

Why everyone in Melbourne needs to wear a mask: Acting Chief Medical Officer urges locals to protect themselves as cases of coronavirus explode

Australians in Victoria’s COVID-19 hotspots are urged to stay home or wear a mask as the state battles a second wave.

Acting Chief Medical Officer Paul Kelly’s simple advice to stay safe during the pandemic was adopted by the National Cabinet after meeting on Friday.

Acting Chief Medical Officer Paul Kelly’s advice to stay safe during COVID-19 was adopted by the National Cabinet. It includes staying home, wearing a mask and being socially distanced

‘With respect to masks, really, up until the last couple of weeks it was ambivalent evidence – there weren’t really strong recommendations coming out in Australia in relation to them.

‘A number of other studies’ data show masks make a significant difference … they can reduce transmission by up to two-thirds.

‘That’s a really important addition measure and we are trying to do absolutely everything in Victoria to drive transmission down.’

Mr Kelly’s comments come as Victoria recorded 288 new COVID-19 cases on Friday – the biggest spike in the state since the pandemic began.

Twenty-six of those cases are connected to known outbreaks, with the source of the rest under investigation.

Mr Kelly said getting onto public transport, visiting a GP and food shopping were the most important times to wear a mask.

‘The numbers that we are seeing at the moment are of concern, but we do expect them to plateau in the next week,’ he said.

‘But it requires everyone to follow the stay-at-home directions. 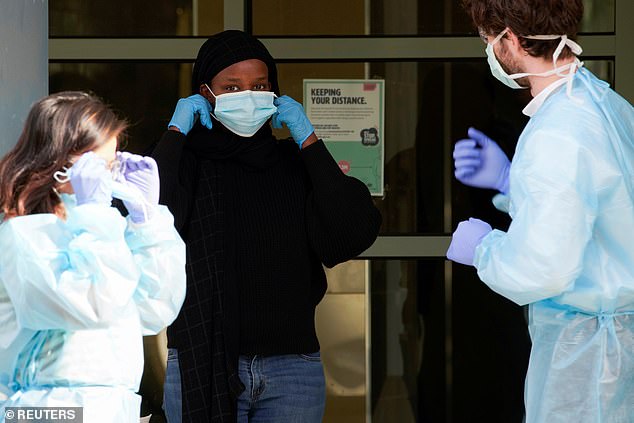 Mr Kelly urged Australians, particularly those living in Melbourne, to wear masks. Pictured: Healthcare workers helps a woman put hers on after being in a public housing tower lockdown 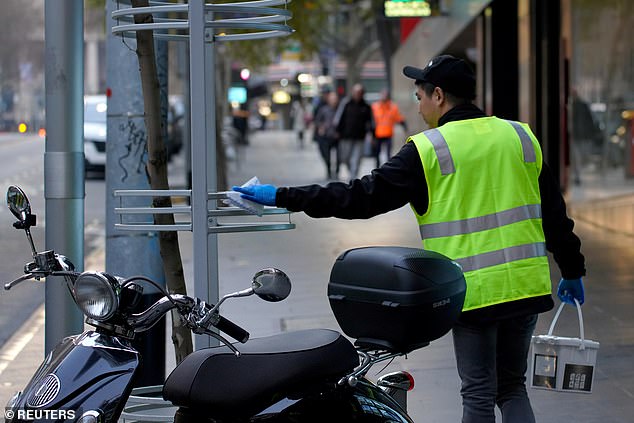 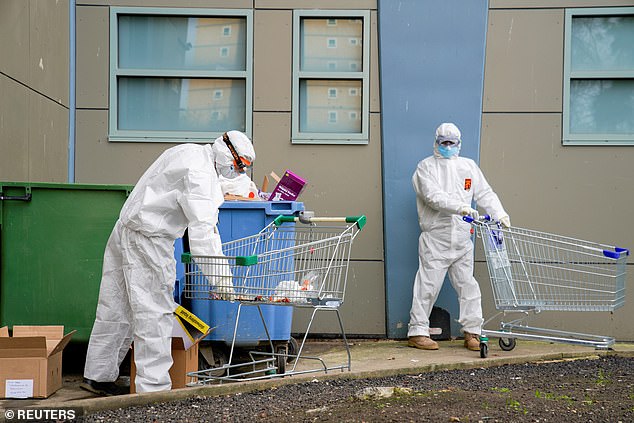 ‘That is what will get us through this.’

Mr Kelly’s advice comes days after Victoria locks down metropolitan Melbourne and Mitchell Shires due to the ongoing spike in new COVID-19 cases.

In the same press conference, Premier Daniel Andrews said the daily figures would continue to get worse over the next few days, warning Melbourne’s six-week lockdown could be extended if residents do not follow the rules.

‘The best response to these numbers and the worse numbers that are likely to follow them is for all Victorians to play their part,’ he said. 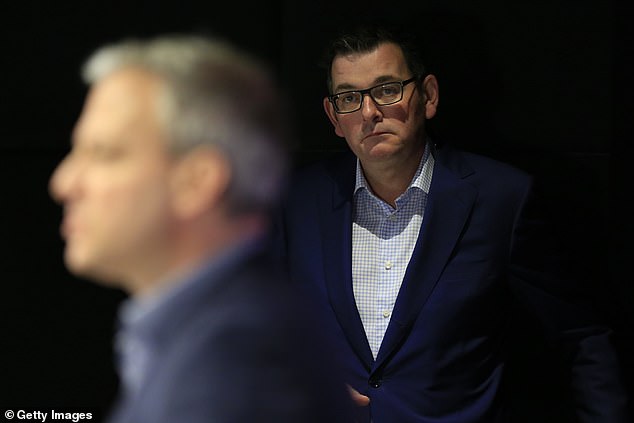 Premier Daniel Andrews (pictured, back) said the daily figures would continue to get worse over the next few days, warning Melbourne’s six-week lockdown could be extended 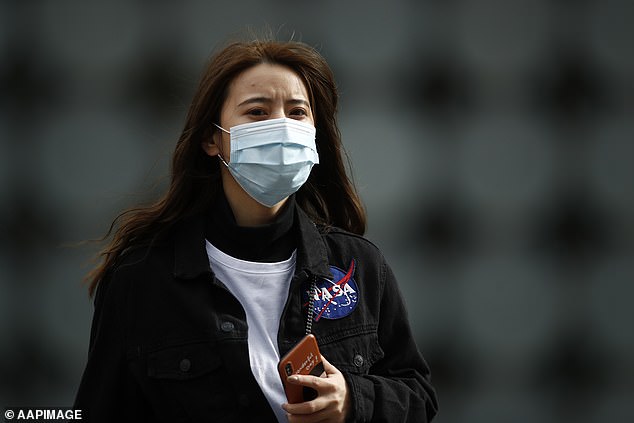 Mr Kelly said getting onto public transport, visiting a GP and food shopping were the most important times to wear a mask

Mr Andrews said the case numbers were so high because 37,000 tests were conducted.

‘It was always going to get worse before it got better. We are doing more testing than has ever been done, not by a small margin, but by a massive margin,’ he said.

Chief Health Officer Brett Sutton said the 288 figure was ‘ugly’ and that he expected the numbers to plateau ‘in the next week’.

‘We will see in the effects of the lockdown in the next one to two weeks,’ he said.