Australians who give cryptocurrency as Christmas presents could find themselves in big trouble with the tax office.

During the past year, Bitcoin has surged from $25,600 to $79,000, reaching $92,000 earlier this month as investors increasingly worried about global inflation.

A senior Reserve Bank of Australia official now suggests cryptocurrency prices could plunge as speculation was replaced with concern about an unregulated asset and the lack of investor protection.

Those who offload Bitcoin or any other cryptocurrency as a gift have to pay capital gains tax and failing to declare this could mean a big penalty from the Australian Taxation Office.

Tax agent H&R Block’s director of tax communications Mark Chapman said investors who gave cryptocurrency as a Christmas present had to pay the maximum marginal rate of tax on their gains under the little-known ‘non-arm’s length’ rule covering self-managed investments.

‘If there has been a spike in value between the date you acquired it and the date you gifted it, you could be up for quite the CGT shock,’ he told Daily Mail Australia.

‘So, if you want a tax-free Christmas gift, you might want to stick to giving crypto-themed socks.’

Mr Chapman said gifting cryptocurrency less than a year after buying it would also see a former investor miss out on the 50 per cent capital gains tax discount.

‘When you gift the crypto, you are deemed to have disposed of it for CGT purposes,’ he said.

A majority of Australians who bought and sold cryptocurrency said they intended to give Bitcoin or Ethereum as gifts.

Crypto.com, a cryptocurrency trading platform paying Hollywood star Matt Damon to front endorsements, commissioned a survey that found 53 per cent of Australian respondents wanted to give a digital currency as Christmas presents. 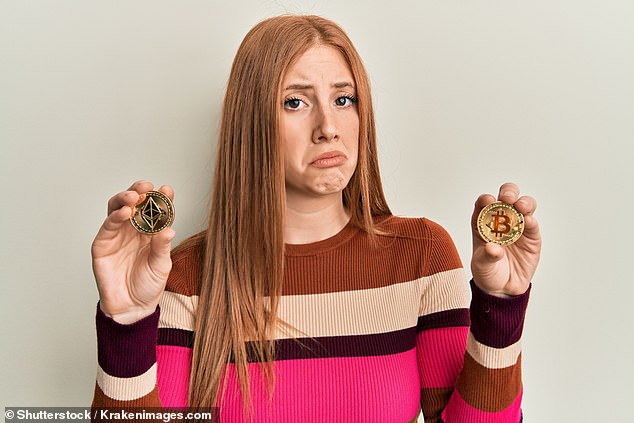 During the past year, Bitcoin has surged from $25,600 to $79,000, earlier this month reaching $92,000 as investors increasingly worried about global inflation

This was an even bigger number than the 42.9 per cent who were planning on buying crypto-themed merchandise, like socks and hoodies.

Their survey of 2,020 Australian consumers aged 18 to 59, taken in October, found most cryptocurrency traders were 44 or younger.

But Tony Richards, the head of the Reserve Bank of Australia’s payments policy section, said he suspected support for cryptocurrencies was probably overstated.

‘While cryptocurrencies have clearly captured the attention of many, no doubt fuelled by influencers and celebrity tweets, it is unclear how widely held they are,’ he told the Australian Corporate Treasury Association.

Penalties for failing to declare crypto gains when gift giving

‘I must say that I find these statistics somewhat implausible.

‘I cannot help thinking that the online surveys they are based on might be unrepresentative of the population.’

Dr Richards said the value of cryptocurrencies could plunge as governments around the world began to regulate it, citing concerns about the lack of investor protection and energy-intensive crypto mining.

‘There are plausible scenarios where a range of factors could come together to significantly challenge the current fervour for cryptocurrencies, so that the current speculative demand could begin to reverse, and much of the price increases of recent years could be unwound,’ he said.

‘Households might be less influenced by fads and a fear of missing out and might start to pay more attention to the warnings of securities regulators and consumer protection agencies in many countries about the risks of investing in something with no issuer, no backing and highly uncertain value.’

A Senate committee report on financial technology in October recommended capital gains tax rules be amended for digital asset transactions so investors who sold cryptocurrency only paid CGT if there was a definable capital gain or loss.

Crypto.com, a cryptocurrency trading platform paying Hollywood star Matt Damon (pictured) to front endorsements, commissioned a survey which found 53 per cent of Australian respondents wanted to give a digital currency as Christmas presents

The Senate committee also wants Treasury to investigate the possibility of a central bank digital currency in Australia.

Australians who fail to declare their cryptocurrency gains to the Australian Taxation Office face a series of hefty penalties ranging from 25 per cent of the capital gain amount for a careless breach.

The tax office would send out a ‘please explain’ letter if an individual’s tax return did not match the data from a cryptocurrency or digital trading platform.

‘This makes it difficult to hide behind the anonymity that was previously one of the hallmarks of cryptocurrency,’ H&R Block said. 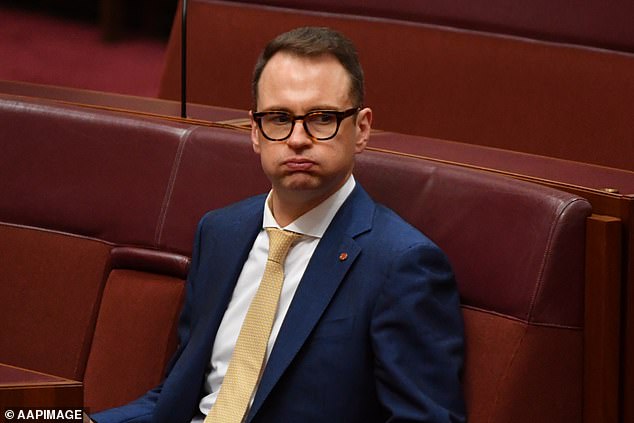 Cryptocurrency transactions done on digital platforms are traceable with the tax office relying on this data to calculate an individual’s capital gains during a financial year.

The Commonwealth Bank is now allowing its customers to buy and sell cryptocurrencies via an app, which means these transactions are traceable too.

Cryptocurrencies surged in popularity this year as Covid supply constraints around the world have stirred concerns about global inflation.

The US, the world’s biggest economy, endured a 6.2 per cent annual inflation rate in October, which was the worst level of consumer price pressures since 1990.

This was more than double Australia’s annual headline inflation rate of three per cent for September quarter but nowhere near the double-digit levels of the late 1970s and early 1980s following the oil crisis.