Why has it taken so long to wake up to the danger implants that caused 1,000 deaths?

Would you want to swallow a pill that hadn’t been subjected to rigorous tests? Or use a prescription cream that hadn’t undergone strict trials?

Of course not. And yet for years patients have been undergoing surgery with implants — everything from hip joints to mesh for incontinence — some of which have had only the most basic testing, and in some cases, haven’t been subject to tests on humans.

It’s a scandal, and one that’s had an enormous impact, because as with all experiments — and this is a mass experiment — things can go wrong. And they have.

Implantable devices can cause immune reactions, often leading to pain and other adverse effects.

Unlikely: Would you want to swallow a pill that hadn’t been subjected to rigorous tests? Or use a prescription cream that hadn’t undergone strict trials?

I’ve heard of women who’ve had the Essure contraceptive device — which is placed in the fallopian tubes, where it stays and helps form scar tissue as a form of sterilisation — who’ve needed hysterectomies because of what the device has done to them.

And as the Mail has highlighted, some women given vaginal mesh to treat incontinence have been left crippled by pain, needing a number of operations to remove fragments of the mesh that had splintered into their tissues.

Often the damage can’t be undone simply by removing the device. The patient may need another operation, and in some cases these faulty devices have led to deaths.

As the BBC’s Panorama reported last night, new freedom of information requests have found that the UK regulators — the Medicine and Healthcare Products Regulatory Agency (MHRA) — received more than 62,000 adverse incident reports relating to implants between 2015 and 2018 — yet the number of these cases the MHRA referred on for investigation has actually slumped.

Tragically, more than 1,000 people died, according to the MHRA. I think that’s an underestimate.

But even if you think about that MHRA figure — some of these people will have been having routine operations to fix health conditions that in no way could be considered life-threatening.

PIP breast implants are a particular example. They were withdrawn from the UK market in 2010 after they were found to contain industrial-grade silicone. 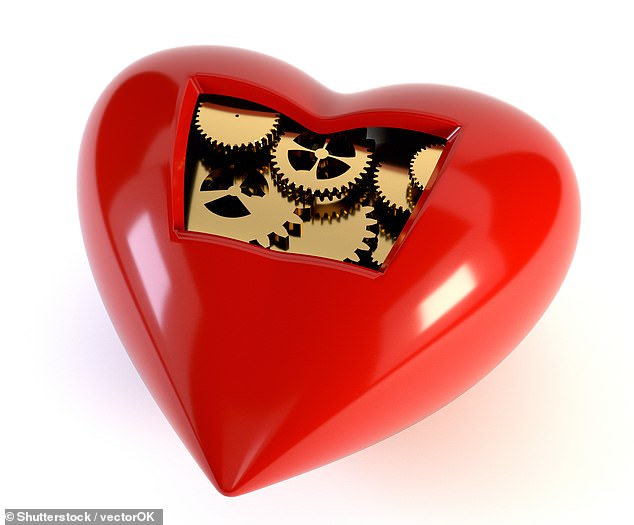 Be careful: Implantable devices can cause immune reactions, often leading to pain and death

So what is going wrong? It’s largely a commercial problem. The implant industry is big business, worth £300 billion globally.

Obviously, when companies come up with a new device, they want it to be better than what is already out there. Vaginal mesh was supposed to be a quicker, less intrusive surgical method of fixing incontinence. Metal-on-metal hip implants — where both the ball and socket were made of metal — were going to last longer than the ceramic ones used before.

However, after they were introduced here in the Nineties with little data, it transpired they had a far higher failure rate than the ceramic implants they replaced.

The problem is that the device manufacturer isn’t paid for the work that goes into getting the device to market — it is paid for the number of implants it sells. So the system encourages them to get their device on sale as quickly as possible.

As I discovered when I started investigating implants ten years ago, getting a device to market requires none of the rigorous testing we expect from medicine.

I became interested in how implants were regulated when I was asked what I knew about their regulation, and specifically the metal-on-metal hip joints.

It was the first time I had looked at the regulation of medical devices and I was genuinely shocked.

As a GP, I was used to the approval system for drugs, which involves years of clinical data showing there is a clear benefit above and beyond a placebo.

Patient safety is our highest priority. No effective medical intervention is completely free of risk. As a regulator, our work is underpinned by robust and fact-based judgments to make sure that the benefits justify any risks. Before any implant is put into a patient, the clinician responsible should consider why that implant is appropriate, and discuss the potential risks.  In the case of a new implantable device, part of this discussion should highlight what is known about the long-term safety and performance in the body.

With implants, there is no such demand for test data. Some were approved under what’s called the ‘equivalent’ rule. This means the manufacturer of a new product can claim it’s so similar to existing devices that it does not need to provide clinical evidence of its effectiveness in humans.

As a result, devices that will be left inside a patient for life are waved through without any long-term human data: but this is vital, as many of these do very well in the short term, but it is the longer term, by which I mean more than a year, that is so important.

About 18 months ago, we here at Oxford University looked at 61 mesh devices — a mixture of vaginal and other surgical meshes — and found all had been subject to only basic tests: they might have been tested in a rabbit or a mouse for about five days.

The data on the products’ efficiency is effectively provided courtesy of the unwitting patients these devices are put into.

And to whom do these companies have to submit the evidence that their devices work? Well, this is to what are known as notified bodies, of which there are four in the UK.

But who funds these bodies? The industry itself. So although the MHRA is supposed to audit its decisions, in theory implants can come to the market without the MHRA knowing about it.

It’s a ridiculous situation. Furthermore, as private companies, these notified bodies can work without any commitment to transparency — and can bat away queries such as freedom of information requests that might question any of their decisions.

The fact is, no one can tell you what evidence was used to get a device onto the market, because in Europe it is judged to be commercially sensitive information.

The U.S. has a more transparent system, with more published data about what’s going on.

New regulations were put in place in April last year, which should put more burden on manufacturers to provide more technical data, among other things. There will be a three-year transition period before this is enforced. But I think the language used is so vague it will have little impact. I would like to see a national registry that keeps lifelong data about patients with implants. That way we can identify patterns and safeguard patients.

It is also time that we have safeguards with the MHRA — so that an outside agency decides when an investigation into a device is warranted. At the moment the MHRA in effect decides when to investigate its own decisions.

I would also like to see more people — and it is mainly women who’ve been affected by these devices — who are suffering terribly as a result of harm brought by a device, to have a full apology.

FIVE OF THE FAULTY DEVICES

They were meant to revolutionise medicine. And thousands of NHS patients have, unquestionably, benefited from man-made implants.

But some devices have caused problems for thousands of patients . . .

Essure, a small spring-like implant made from tough titanium, was developed 15 years ago and was meant to be a drug-free alternative form of contraception for women.

But Essure was withdrawn by the manufacturer last year after claims some women suffered problems such as chronic pelvic pain and ectopic pregnancies.

A U.S. study, published in the British Medical Journal in 2015, found women with the implant were ten times more likely to need follow-up surgery to correct problems than if they had conventional sterilisation.

However, the numbers were still small — just over two per cent needed surgery, compared with 0.2 per cent in the other group.

around 35,000 people a year in the UK have a pacemaker fitted.

In 2015, a device called Nanostim was withdrawn because nearly one in 20 patients suffered a build-up of fluid that, untreated, can cause a life-threatening drop in blood flow to vital organs. A study in the latest Journal of Interventional Cardiology and Electrophysiology found more than one in 20 out of 1,439 patients fitted with a Nanostim suffered serious adverse effects within the first 30 days.

The implant was turned down by safety bodies in Germany due to lack of evidence but given the green light by the British Standards Institution in the UK.

Arguably the scandal that brought implant concerns to a peak, vaginal mesh, is thought to have maimed thousands of women in the UK.

The material was widely used to tackle stress urinary incontinence. But while successful in many women, in some the plastic mesh started to disintegrate, causing extreme pain.

The Medicines and Healthcare Products Regulatory Agency (the MHRA) says between 1 and 3 per cent of women suffer adverse effects. But a study by Case Western Reserve University in the U.S. suggested the figure was actually over 40 per cent.

In July, officials in the UK announced it could no longer be used unless a list of strict conditions have been met.

One of the biggest implant scandals was the use of industrial-grade silicone for human breast implants. So-called PIP implants were made from silicone gel which ruptured, causing pain and swelling. They were withdrawn in the UK in 2010, but an estimated 47,000 women had them implanted.

The MHRA advises women not to have them removed unless they are causing problems.

In 2004, a new type of man-made replacement hip joint was introduced in the UK. The joints were made from bare metal and were meant to have lower failure rates than other joints available.

Around 12,000 people had the metal-on-metal joints implanted. But in some, the joints began to wear out quickly — causing damage in the bone around the hip.

Research revealed that the number of patients who needed repeat surgery because their artificial hips had failed were higher in metal-on-metal joints.

In 2013, U.S. manufacturer DePuy (part of Johnson & Johnson) pulled the Pinnacle Ultamet from the market, blaming poor uptake by surgeons.