By Charles Sale for the Daily Mail

The Gunners have been drawn against Qarabag from Azerbaijan who are still on a war footing with Armenia.

Midfielder Mkhitaryan was playing for Borussia Dortmund in the Europa League in 2015 when he missed their game against Azerbaijan’s Gabala because of security concerns. 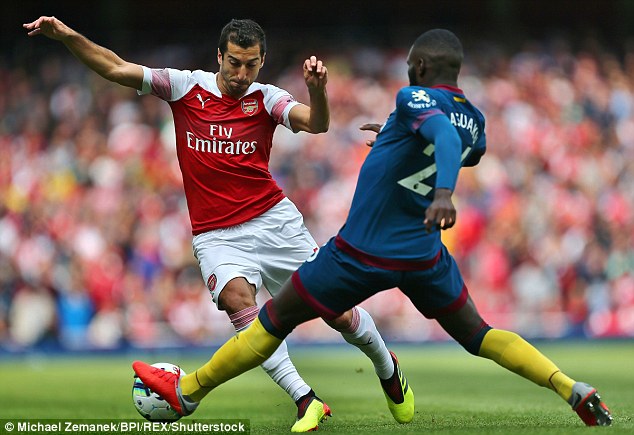 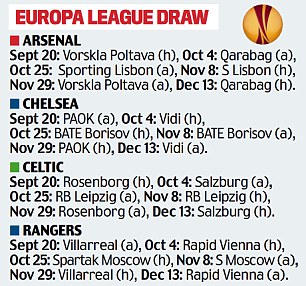 An Arsenal spokesman said: ‘Safety and security of all our players and staff is always a top priority. We will be looking into this situation, talk to the player and make a decision after that.’

Manager Unai Emery said: ‘I would like that he stays with us but I have not yet spoken to him.’

UEFA said: ‘It is a standard procedure for UEFA to send letters of support to associations, clubs or embassies in order to obtain visas for players to be able to travel to another country and play in UEFA competition matches.’

The Europa ties present Arsenal, who will also face Sporting Lisbon and Ukrainian team Vorskla, with major travel difficulties. Qarabag is a 4,938-mile round trip while Vorskla’s home ground in Poltava is another 3,028-mile journey.

Meanwhile, Emery has warned Mesut Ozil he will continue to play on the right wing when it suits the team, adding: ‘I know he can play on the right or as a No 10. The most important is the mentality for helping the team with quality and performance.’ 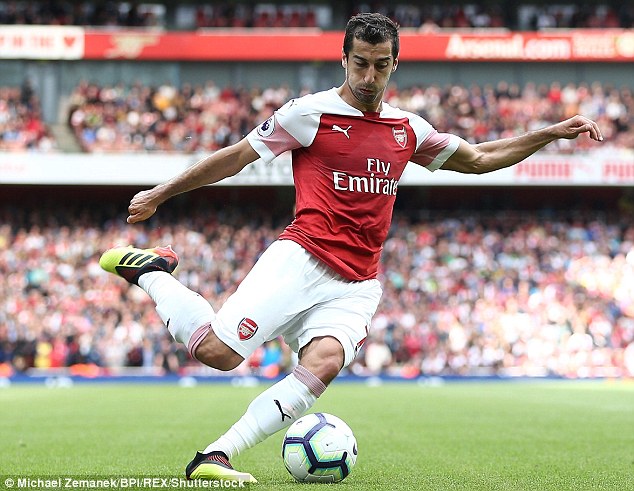 Nagorno-Karabakh is a landlocked region of the South Caucusus, and the ownership is disputed between Azerbaijan and Armenia.

It is internationally recognised as part of Azerbaijan but the population is mostly made up of Armenians.

It is a de facto independent state and Azerbaijan has not exercised political authority since 1988.

There were violent disputes until 1994 between both nations in the region until a ceasefire, though tensions still boil over into occasional violence.