Freedom is a loaded word in Hong Kong.

Ever since the UK handed the former British colony back to China — 20 years ago this week — there have been protests over democracy.

They are likely to get louder. But this sense of being caught between two worlds is why the city remains such a fascinating place to visit.

A New York minute is still a Hong Kong second; the Star Ferry on Victoria Harbour dutifully delivers 20 million people a year between mainland Kowloon and Hong Kong Island.  And it all works perfectly, from the efficient MTR tube network stretching to the border, to children in crisp uniforms walking to school in crocodile lines.

WHAT’S NEW? China and Hong Kong have put their differences aside to build 31-mile, multi-billion-pound bridge linking Hong Kong with Zhuhai and Macau. The mega-structure is due to open this year.

Life is being breathed into the once run-down Old Town Central, where the British planted their flag in 1842 a younger generation descending on craft beer shops and hipster cafes.

Its local graffiti movement is now beating the government’s cleaners by making deals with property owners. A full-colour graffiti of Bruce Lee pays homage to the martial arts icon who was raised in Kowloon (Hello Hong Kong tour, £48, walkin.hk).

For Bruce fans, there is also an exhibition on his life and career at the Heritage Museum until summer 2018. 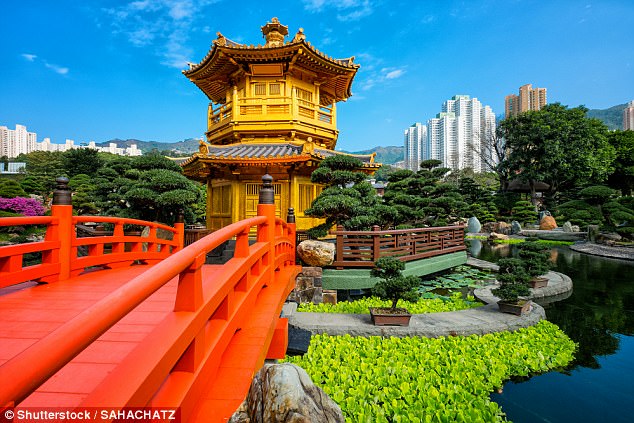 GREEN SPACE Rural scenery accounts for 70 per cent of Hong Kong. Mountain ascents are at your fingertips; queue for the rickety tram up Victoria Peak and you will be rewarded with a view of futuristic towers rising from the greenery.

Pound the rusty-red dirt of the Dragon’s Back trail near To Tei Wan village for a more ambitious climb (from one to six hours, depending on route).

DINING OUT Dim sum cafe chain Tim Ho Wan serves the world’s cheapest Michelin-starred food. Two venues have this mark of quality — but avoid their queues by tucking in at the Hong Kong Station branch. Bottomless tea is 30p and the pork buns  — juicy barbecued pork in crumbly dough — are £2 for three.

Or join the refined crowd at gallery-restaurant Duddell’s, which merges Cantonese food with a modern atmosphere.

An old ping-pong hall in Sai Ying Pun is now the trendy tapas-and-gin hangout Ping Pong Gintoneria, while Japanese yakitori restaurant Yardbird, in Tai Ping Shan, is the place to be seen. 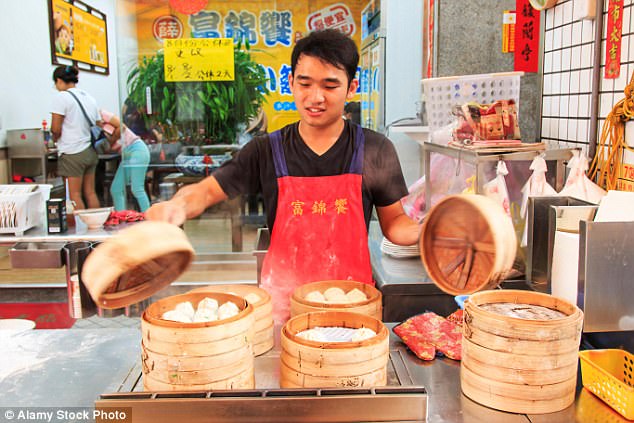 Chopsticks ready: Dim sum lovers rejoice; the steamed treats are never far away in this city

COCKTAIL O’CLOCK Seek out the speakeasies around lively Hollywood Road; Mrs Pound’s chop-shop facade is a world away from the neon glamour inside, while Stockton is down a hidden alley. Newly opened Kwoon, which seats about ten, cans its cocktails to order.

In Kowloon, Aqua — the Asian counterpart to London’s Aqua Shard — comes alive after dark. Or embrace Japanese minimalism at Butler, where classic cocktails are served in glasses with impossibly thin stems.

One of the world’s top bars — Employees Only — in New York, is poised to open in Hong Kong. 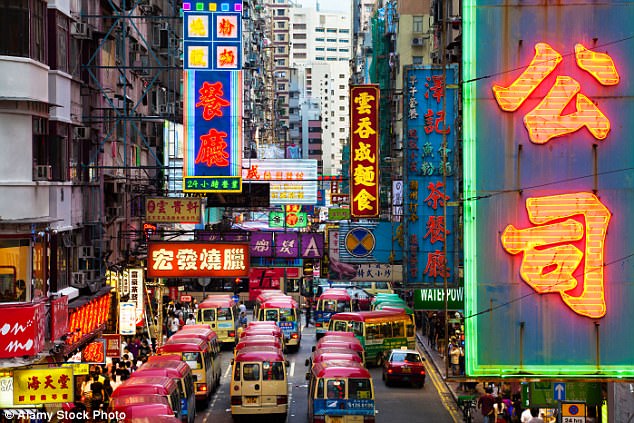 Bursting with life: Head to the bright lights of Mong Kok for lively markets and street food

SPENDING POWER With no sales tax, designer stores are a magnet for serious shoppers. For labels you can’t find at home, the white concrete policemen’s quarters in Central have been converted into independent boutiques.

Sometimes just looking is enough. Spend half a day in Mong Kok. The Ladies’ Market selling chopsticks and silk garments is close to the Goldfish Market — where you’ll be eyeballed by reptiles and glistening fish — and the Bird Market. Here, seniors play cards, their colourful pets proudly displayed in hanging wicker cages.

TEMPLE TIME Pulling favours from the spirits is big business. Fortune tellers tucked between market stalls help with life’s major decisions and Taoist temples inhabit the unholiest of alleyways, their incense burning like beacons in the dark.

Hollywood Road’s Man Mo Temple is the oldest and most revered. Reputedly home of the literary spirit, it is the scene of parents laying celery and spring onions to boost their children’s grades. 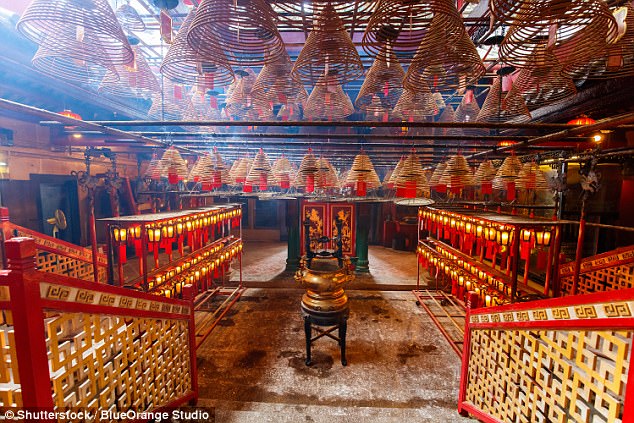 ISLAND HOP Macau’s casinos and the Big Buddha of Lantau pull in the crowds, but Lamma Island, where a small community is built around a fish farm, is an escape from the chaos.

Seafood restaurants here look more like aquariums. But there’s one fish that isn’t for the table — a 2.74m oarfish, mounted inside the temple, which was so rare when it was caught the fishermen declared it a god. (Fisherfolk tour, £60,tour3g.com).

SLEEP WELL A footbridge from the Prince’s Building mall means wealthy shoppers can bag a quick entry into the Mandarin Oriental. The group’s original hotel is a pinnacle of Oriental opulence, down to the fragrance pumped in through the air-con.

Three of its restaurants are Michelin-starred, including Man Wah on the 25th floor, where golden lanterns frame the skyline. Doubles from £343, mandarinoriental.com. 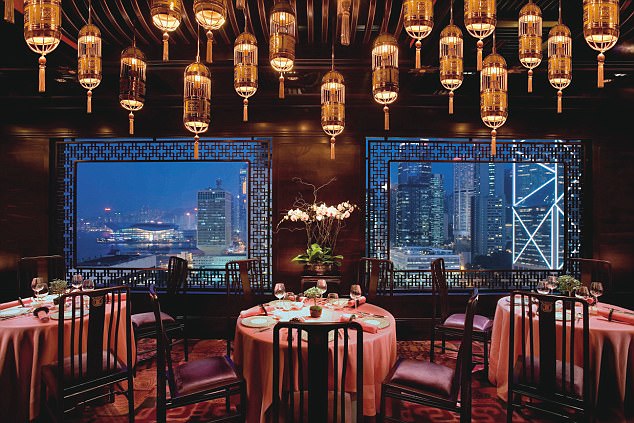 Opulent: Take in the twinkling skyline from the Mandarin Oriental’s Man Wah restaurant

On the other side of Victoria Harbour is four-star option The Salisbury YMCA. Watching the nightly skyscraper light show from your Harbour View Suite, you would never expect that this fantastic hotel uses its takings to fund charity projects.

GET THERE Virgin Atlantic (virginatlantic.com) flies from Heathrow to Hong Kong from £477 return. More information at discoverhongkong.com.