Why is HPLC test done? 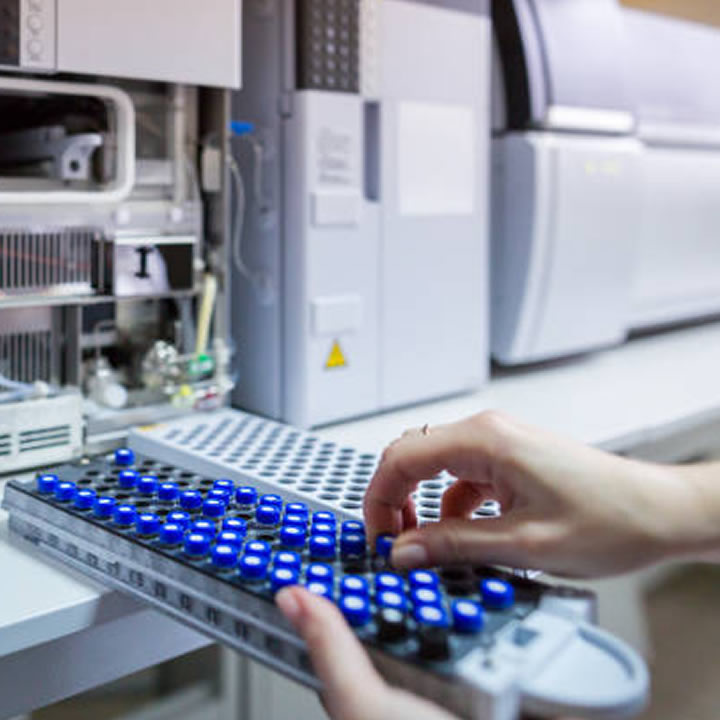 The food industry and the pharmaceutical industry have employed analytical techniques for quality testing for quite some time now. There has been a steep increase in the advent of diagnostics in terms of chromatography.

The scope of testing and the avenue provided for them has allowed for the possibility of quantifying analytes on the scale of a nanogram. This opens up a whole vast arena for the application of liquid chromatography in industries.

However, when the molecules present in the solution are very similar in structure, it becomes difficult to quantify them. This is where High-Performance Liquid Chromatography comes to aid where it helps identify, separate, and quantify similar compounds easily.

HPLC allows for the splitting of a mixture of compounds to identify, purify and quantify individual components. This is an emerging technology in the fields of biochemistry, analytical chemistry, and industrial areas. The process consists of a stationary phase that takes in the analytes and keeps them stationed for a particular period.

The Principle Behind HPLC

High-Performance Liquid Chromatography is an automated form of column chromatography. It contains a mobile phase and a stationary phase shaped like a column along with a detector and a pump.

The sample obtained is injected into the column, allowing it to mix with the mobile phase contents. Then the sample is pumped under high pressure, which propels the sample to proceed to the next phase.

In the stationary phase inside the column, the mixture of the sample reacts depending on the materials’ chemical nature. Some parts of the sample might be eluted in the following stages of the process, as they might be retained in the columns for longer.

These eluted components of the sample mixture pass through the detector, and it records and expresses them in the form of a chromatogram. These components or analytes are indicated in the chromatogram with a peak plotted along with the retention time.

The area under the curve depicts the analyte concentration. There are various types of HPLC like denaturing, reversed-phase, immobilized enzyme reactors, etc. One of the essential advantages of this technique is that it is open to developing and standardizing any protocol that suits the sample’s need.

It is highly efficient as it is sensitive to multiple analytes passing through the mobile phase, detector, and column. In a single test, it can detect multiple components in one mixture.

How is HPLC Test Used in the Market?

High-Performance Liquid Chromatography testing is one of the emerging arenas that supports the laboratories’ dynamic functioning, mainly in the field of diagnostics, pharmaceutical industry, clinical industry, and the food industry.

There is an abundance of High-Performance Liquid Chromatography testers or analyzers in the market that have been pre-designed to process certain chemical analyses.

Some HPLC analyzers are engineered and designed to analyze specific components of hemoglobin to provide flexibility in testing. However, they also come with a buffer for the column and the mobile phase. The automation of High-Performance Liquid Chromatography allows for minimal manual intervention even during the sample pre-treatment stage.

In the pharmaceutical industry, this chromatography testing plays a significant role in the qualitative and quantitative analysis of the raw ingredients used to make the product.

This testing falls majorly to follow the protocols under the safety regulations posited by different governmental organizations like the U.S. Food and Drug Administration (FDA).  Hence all pharmaceutical companies are obligated to do the quality testing of their medicinal products by using HPLC before commercially selling them in the global market.

This process helps structure the process of elucidation and analysis of impurities present in the products tested in bulk, in the form of drugs and formulas, with good precision. High-Performance Liquid Chromatography testing can be done on synthetic medicines and formulas and herbal and other alternative medicine.

High-Performance Liquid Chromatography provides a higher magnitude of testing the molecules of catecholamines like dopamine and norepinephrine and their precursors.

It also helps isolate metabolites that help in the early diagnosis of heart disease, Parkinson’s, and muscular dystrophy. One of the more popular processes used is Reverse-phase HPLC due to its higher capacity to split a mixture of compounds, its speed, and the stability of the column.

Thus, this chromatography can not only be used to detect the diseases but also to observe their progression. High-Performance Liquid Chromatography can prove the purity of a complex mixture of compounds, making it a sought-after technique for quality testing.