She’s previously admitted to enhancing her features with fillers and plastic surgery.

And it seems as though Married At First Sight’s Tracey Jewel has drawn a little too much attention to her large pout, with fans taking to social media to complain about her continuous lip-licking action.

But while 35-year-old told Daily Mail Australia on Thursday that it was a reflex of ‘nervousness’, News Corp’s James Weir had a more scientific answer to the puzzle.

Why does she do it? On Thursday, Married At First Sight fans were left perplexed and infuriated by Tracey Jewel’s constant lip-licking

James said on Thursday’s The Kyle and Jackie O Show that Tracey has had so many lip injections ‘that the inner mucosa of the lip is exposed and usually that should be lubricated.’

The former radio producer added: ‘So now her body’s sending messages to her brain saying, “Lick your lips, your mucosa’s dry”‘.

Helping to paint a more vivid picture of Tracey’s supposed ailment, Kyle Sandilands used the metaphor of a baboon who needed some self-lubrication on his posterior. 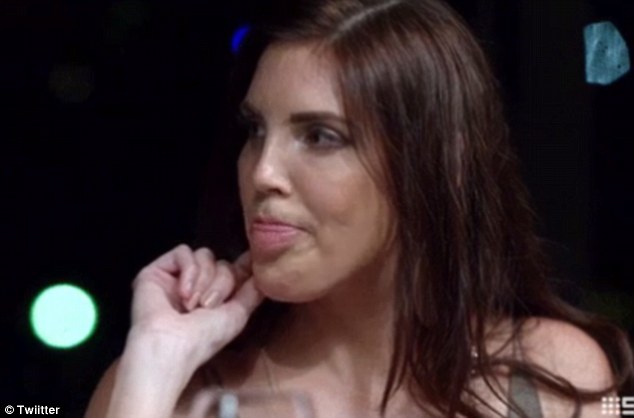 The reason why? Journalist James Weir told KIIS FM on Thursday that Tracey is compelled to repeatedly ‘lubricate’ her lips due to an unfortunate side effect of having cosmetic injections

James appeared to agree, replying: ‘And a tube of Lucas’ PaPaw ointment isn’t going to help that either, Kyle!’

And it’s not the first time Tracey’s subconscious habit has raised fans’ eyebrows.

Taking to Twitter on Wednesday, viewers were left both perplexed and infuriated when Tracey continually licked her lips during her serious and confrontational chat with on-screen husband Dean. 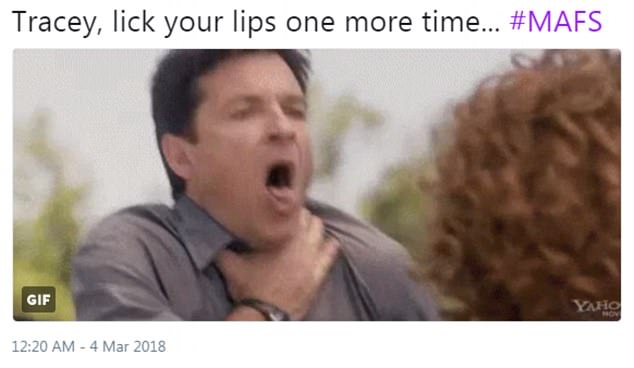 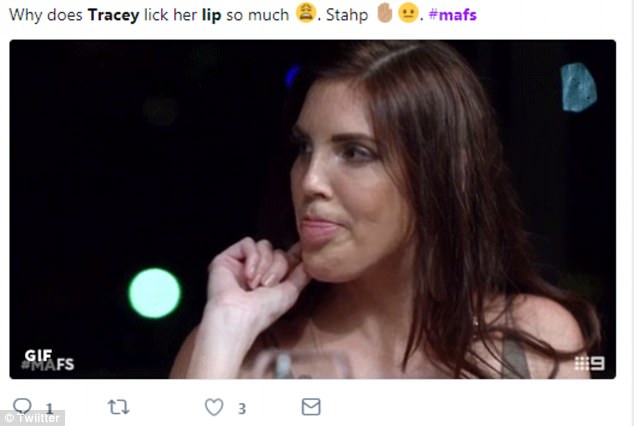 ‘Tracey. Please stop licking your big, stupid lips’: Tracey was blasted on Twitter for her unusual habit of licking her lips despite trying to have a serious conversation with her husband Dean

‘I am at the point where I can no longer take her voice and lip licking or his narcissism,’ tweeted out on.

‘When Tracey licks those awful fat infused lips it makes me throw up in my mouth a little,’ commented another.

And it wasn’t just the mother-of-one moisturising the brim of her mouth, husband Dean seemed to have also caught onto the action. 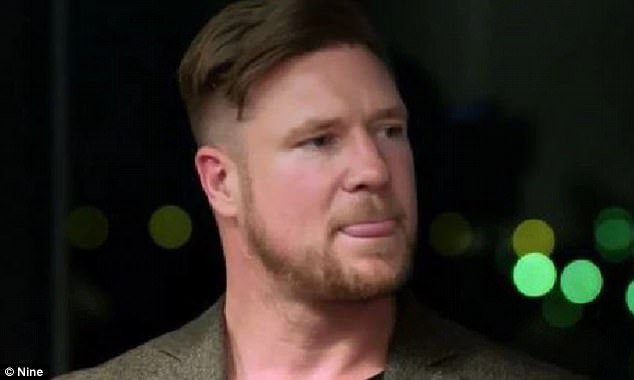 Now he’s doing it too! It was also noticed that Dean Wells appeared to subconsciously imitate his on-screen wife’s habit